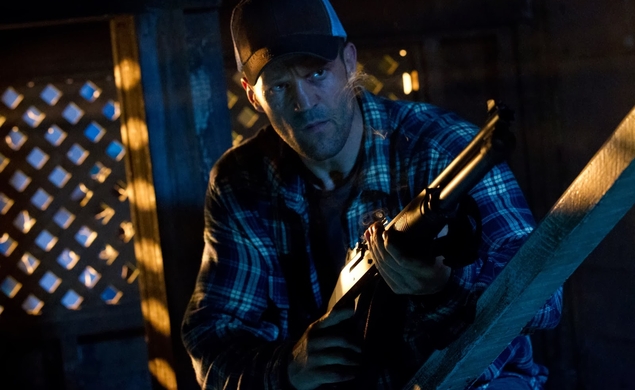 “Unfortunately the action scenes are presented in the standard shitty way we’re all becoming resigned to. Shaky camera and fast cuts that generally work against the flow of the action instead of with it. Not the worst post-action you ever saw, because sometimes you’re able to see a cool move from Statham, but it clearly could’ve been better. I think that’s the danger of a trend like this. Not long ago an undistinguished director would’ve shot all the action straight. Now they feel like they gotta copy how other people are doing it these days, and that’s dangerous. Turns into a mess.”

“89) Bullet To The Head // Power Plant Axe Fight - 38 years after his first feature Hard Times, director Walter Hill returns to the Market Street Power Plant. The long-abandoned facility where Charles Bronson did so much bare-knuckle boxing in that film is the site of Sylvester Stallone facing off against Jason Momoa. This is one of those adversaries-with-mutual-respect deals: ‘Kinda fun, isn’t it?’ says Momoa. ‘Just you and me, two professionals, only one gets away.’ He breaks open a commemorative plaque with the axes used to battle a fire in this very space, 1910. Stallone’s not amused (‘What are we, f*cking Vikings?’), but the two enter into galvanizing combat to thunderously generic, ‘80s-esque blues rock; this is as gratifyingly old-school as it gets in the post-Gollum era.”

“4. Man Of Steel - One of the most hilariously pretentious scenes in Christopher Nolan’s The Dark Knight Rises was the football stadium apocalypse, which was scored to a boy soprano singing ‘The Star-Spangled Banner.’ Zack Snyder’s Man Of Steel sustains that same level of pomposity over 143 interminable minutes. Snyder wants viewers to ponder Superman as a moral being, but someone really needs to tell him (and Nolan) that superheroes—impossibly powerful, infallibly good—are maybe the least appropriate vehicles imaginable for moral inquiry.”

Grantland’s Wesley Morris on the bodies of 2013:

“That diminished body [in Dallas Buyers Club] was the cost of all of Matthew’s McConaugheyness—the flirting, the sex, the self-assurance. He might win something golden for Dallas Buyers Club (as physical-transformation acting tends to), but, in the meantime, there was the image of a star famous for the beauty of his body suddenly acting with disturbingly less of it. The reason he’s so good in the movie is that he is oblivious to the difference. He doesn’t seem to know that he looks less like a peacock and more like a rooster. He was playing vanity while also negating it. My mother liked McConaughey. She would have loved him in this.”

Plus, the rest of today’s biz-ness:
-Chris Morgan is revising the Fast 7 script
-The trailer for Tom Cruise’s Edge Of Tomorrow
-Harvey and Bob Weinstein sue over The Hobbit profits
-A look inside Seattle’s great Scarecrow Video
-Sesame Street spoofs The Lord Of The Rings