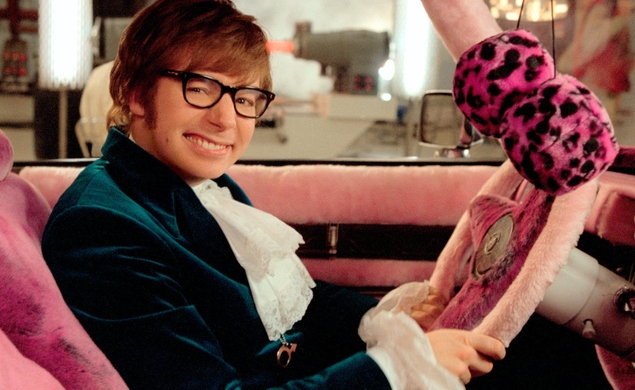 At 27, Mike De Luca became the CEO of New Line Cinema. Under his watch, productions included Rush Hour, Boogie Nights, and the Austin Powers films. He left after a series of high-profile flops including the expensive, extensively reshot 2001 disaster Town & Country, just before the first Lord Of The Rings film came out. After a few years at DreamWorks, De Luca went into independent production, and a series of successful films for Columbia Pictures including Moneyball, Captain Phillips, and The Social Network have led to his being appointed the co-president (along with executive Hannah Minghella) of development and production for that division of Sony. “My years as a producer with Columbia have been the happiest of my life,” De Luca said in an official statement. “I’m honored to be formalizing my relationship with the studio and look forward to working with the team to reach new heights.”

As New Line’s head, De Luca was prone to attention-grabbing exploits. A 1996 GQ profile described how De Luca got drunk at a restaurant and punched a fellow diner. De Luca also made entertainment industry headlines (and the cover of The New York Post) because at a 1998 Oscar party (as The Los Angeles Times gingerly described it) “he dropped his pants and engaged in oral sex with a young woman as several guests looked on.” A 1998 Entertainment Weekly article claimed that the exec “told friends that he once partied so diligently that he didn't realize his date had fallen out of the car he was driving,” something De Luca denied through a spokesperson at the time.

“It's like with Clinton,” an anonymous associate said at the time. “I overlook his personal behavior because he's doing a great job as president.” In a 2010 interview, the now-married father said he felt “lucky” he survived it all and described the New Line approach as “all about certain financial limitations that forced us to find material that worked without the top 5 movie stars and directors.” Summing up his achievements at New Line, he ran down what he thought of as the highlights: “Fincher, Paul Thomas Anderson, the Hughes Brothers. Jay Roach’s directing sample for Austin Powers did not suggest this was the guy who’d do three of them and Meet the Parents. Even Brett Ratner, who gets flack for being a celebrity director, was clearly a mogul in training even then. I’m proud we gave Ice Cube a platform.”

De Luca is currently producing 50 Shades Of Grey, but no specific plans for Columbia have been announced. “I wonder what it would be like to have a place to collect the filmmakers and talent that know me, that I respect, and give them a headache-free home, while managing the financial responsibilities for whoever my boss would be,” he said when asked in 2010 if he’d like to run another studio. “Taking another run at it as the person I am now would be cool, except I don’t think I’m on the list for any of those jobs.”