Kevin Hart and LeBron James to team up for Ballers 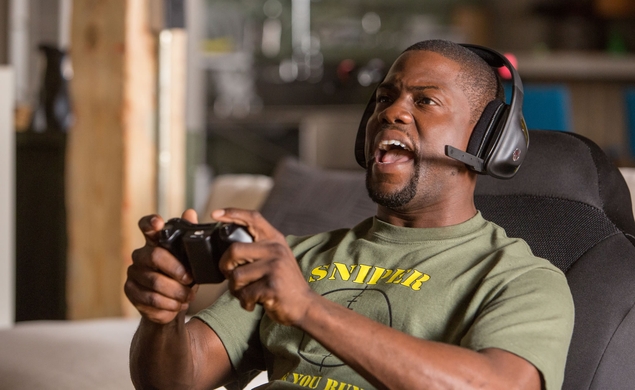 With every year and each NBA title, the arguments over who is the best basketball player ever, Michael Jordan or LeBron James, grow louder and louder. For a long time, James’ lack of championships was the major (and logical) bone of contention. After he won, he had to repeat. Now that he’s done that, James needs to clear one more hurdle before he can really challenge MJ for absolute basketball supremacy: He needs to show his extraordinary range as an actor by playing a professional basketball player.

Jordan did it in 1996’s Space Jam, which, depending on who you ask, is either a shameless cash-grab designed to exploit children’s love of hoops and Looney Tunes characters (see: Nathan Rabin’s recent Forgotbusters column on the film) or one of the greatest and most magical movies of the ’90s—nay, of all American cinema (see: the outraged commenters on Nathan Rabin’s recent Forgotbusters column). Now LeBron shall have his Space Jam. And it shall be called Ballers.

Rather than Bugs Bunny, James’ comedic foil will be actor Kevin Hart, who’ll play a man “who lives in the shadow of his NBA superstar brother (James) but gets a chance to prove himself when he and some pals attend a weekend fantasy basketball camp in Miami.” Deadline calls the project “the real Twins sequel,” comparing the enormous height disparity between the men—Hart is 5’3”, James 6’8”—to the dynamic between Danny DeVito and Arnold Scwhwarzenegger in the 1988 hit comedy. Hart is co-writing the screenplay; James is co-executive producing; Jordan is somewhere silently fuming that James is closing in on his legacy.