The Dissolve’s most anticipated films at the Venice Film Festival 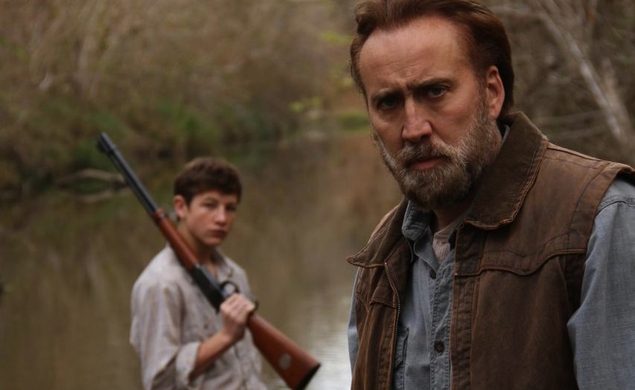 The fest opens with Alfonso Cuarón’s Gravity, and continues with new films from Terry Gilliam, Hayao Miyazaki, Stephen Frears, and many more. Among the more intriguing selections: the latest from Love Exposure director Sion Sono (according to Wikipedia [which is never wrong], it’s an action movie with similarities to Kill Bill); a new Ti West film called The Sacrament (found-footage horror about filmmakers trapped in a suicide cult); and the directorial debut of Gia Coppola, Francis Ford Coppola’s granddaughter. Her movie, Palo Alto, is an adaptation of a short story by James Franco, who also stars in the film with Emma Roberts and Val Kilmer. Franco also has his own directorial effort at the festival, an adaptation of the Cormac McCarthy novel Child Of God.

The promise of these movies is the sort of thing that keeps you going during the dog days of summer blockbusters. You’ll find the full slate below, but first, the staff of The Dissolve pick their most anticipated movies of the festival:

Noel Murray: After Errol Morris’ The Fog Of War and Standard Operating Procedure, I’m eager to see what he does with The Unknown Known: The Life And Times Of Donald Rumsfeld, a documentary that promises to scrutinize how U.S. foreign policy changed post-9/11. Morris makes films that always strike me as fair, even though he doesn’t disguise his personal slant; and his documentaries are always visually exciting, with stories as well-constructed and well-told as any fiction film. This one has the potential to be not just one of the best documentaries of the year, but one of the best movies of any type. Elsewhere on the Venice list, I see new films by Hayao Miyazaki and Philip Gröning that’ll undoubtedly be stunning, and I’m intrigued by the presence of Gia Coppola, Francis Ford Coppola's granddaughter, making her directorial debut and carrying on the family legacy. But having just watched Pavilion, the debut feature by Tim Sutton (which will be reviewed in The Dissolve’s home-video section next week), I’m really looking forward to his follow-up, Memphis, which was made under the auspices of the Venice fest’s version of the Sundance Lab.

Nathan Rabin: I was not a huge fan of music video guru Jonathan Glazer’s 2004 film Birth—a psychological drama about a grief-stricken widow who strikes up a strange relationship with a boy who claims to be the reincarnation of her dead husband—but the film’s stunning visuals and Kubrickian mastery of tone convinced me it was the work of a true auteur. Glazer hasn’t made a film since Birth, so I am beyond psyched about his upcoming follow-up, Under The Skin, an adaptation of a bleakly satirical science-fiction novel about an alien, played by Scarlett Johansson, whose planet considers human flesh a delicacy. The film may be a train wreck, it may be a boondoggle, but with that premise and a mad genius like Glazer in the director’s chair I reckon that it will, at the very least, not be boring.

Tasha Robinson: Re-watching Brazil for our fast-approaching Movie Of The Week discussion, I remembered for the umpteenth time why I love Terry Gilliam’s films. I always remember them as chaotic and self-indulgent, and then I re-watch them and realize they’re so much more thought-through and brilliantly weird than I realized. That said, he’s an erratic genius with a history of production issues, from the unforgettable budget overrun on Adventures Of Baron Munchausen to the disintegration of The Man Who Killed Don Quixote (covered in the documentary Lost In La Mancha attests) to the death of leading man Heath Ledger toward the end of the Imaginarium Of Doctor Parnassus shoot. Given the disparity between the number of projects he attempts and the ones that make it to the screen, a new Terry Gilliam movie always feels like an unexpected sighting of a rare, highly endangered species. So words can’t convey how thrilled I am to hear that Venice is hosting a new one: The Zero Theorem, starring Inglourious Basterds’ Christoph Waltz, as well as old favorites like Tilda Swinton and David Thewlis. The story, about a computer programmer in a dystopian, oppressive future, trying to create a mathematical formula that will determine whether life has meaning. It sounds like the kind of existential craziness that led to Brazil, and it sounds right up Gilliam’s alley. And, just incidentally, mine. C’mon, U.S. distributors. You have one job on this ship: Pick up this movie and bring it to America.

Matt Singer: Maybe because I just saw and enjoyed Prince Avalanche, I’m really excited to see David Gordon Green’s Joe. For the moment at least, Green seems to have put aside his mainstream comic impulses and returned to his roots in intimate indies. Prince Avalanche is a lovely little movie about two men repairing a highway that’s been damaged by a forest fire; the plot description of Joe suggests similar minimalist riches: “a hard-living ex-con… becomes friend and protector for a hard-luck kid in this contemporary Southern gothic tale.” That would be enough to convince me right there, but there's an added x factor as well: The ex-con is played by Nicolas Cage. In the publicity still for the film he also appears to have a grizzled, mountain-man beard. I’ll take 100 tickets, please.

Scott Tobias: There was a time when I considered Tsai Ming-liang to be the world’s most exciting director. Films like The River, The Hole, What Time Is It Over There?, Goodbye, Dragon Inn, and The Wayward Cloud could broadly be described as tales of urban alienation, with certain recurring elements (long takes from a fixed camera position, the symbolic use of water, the presence of star/muse Lee Kang-sheng) that marked them as unmistakably his. But he’s also capable of surprising bursts of deadpan humor and whimsical song that bring lightness and color to his work. But Tsai hasn’t made a feature since 2009’s Face, a long and difficult movie that was mired in self-reflexivity. There’s not much information about his new film, Stray Dogs—other than it stars Lee as a father of two children and has a post-apocalyptic/Noah’s Ark theme—but I’m confident he’ll find his groove again.

Keith: I know virtually nothing about Kelly Reichardt’s Night Moves. I’m assuming it’s not an adaptation of the Bob Seger song, but even if it were, I’d still be excited about a new Reichardt film on the heels of her recent work, and because it has a cast that includes everyone from Peter Sarsgaard to Alia Shawkat to Dakota Fanning. Curiosity... piqued.