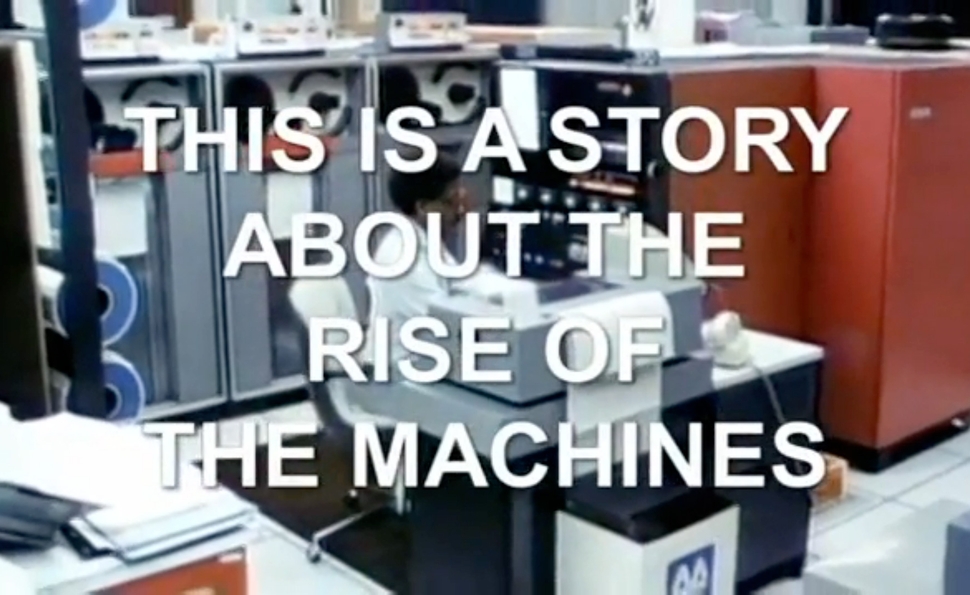 All Watched Over By Machines Of Loving Grace

Filmmakers, like any other kind of artist, deserve to be compensated for their work, especially since a project’s revenue often has a direct effect on the next film, or whether it gets made at all. So while movies exist on the web in all kinds of gray areas, Upstream will, except in rare cases, stay on the side of the law, retrograde and inequitable though it may be.

Some movies, however, will never be legally available in the U.S., and in some cases, cannot even be shown to the public without prohibitive restrictions. Robert Frank’s Cocksucker Blues and Les Blank’s A Poem Is A Naked Person are stuck in limbo, due to famous subjects who found the documentarians’ eyes too keen. In the case of found-footage filmmakers like Adam Curtis and Thom Andersen, entire bodies of work are rendered invisible by outdated copyright laws and an ongoing resistance to the idea that corporate properties should ever fall into the public domain. Curtis’ visual essays, which employ large chunks of archival material, are shown on the BBC in his native England, but they can’t be released on DVD, and when they’re shown in public, no admission can be charged. Fortunately, Curtis’ films live on the web, as Vimeo clips and torrented files, circulating freely in every sense. Shining attention on any one source risks getting it shut down, but another is only a search engine away. (For the moment, the best presentation of Curtis’ oeuvre is at Thought Maybe.)

Curtis, who is currently collaborating on a live multimedia presentation with Massive Attack, is a master of what might be called the filmed essay, (since it doesn’t fit the definition of the essay film, as contentiously outlined by Kevin Lee). Three- and four-part films like The Power Of Nightmares and The Century Of The Self function as dense, omnivorous intellectual collages, tracing connections between widely disparate disciplines in an attempt to chart the way advances in, say, ecology or computer science can have far more wide-ranging effects. 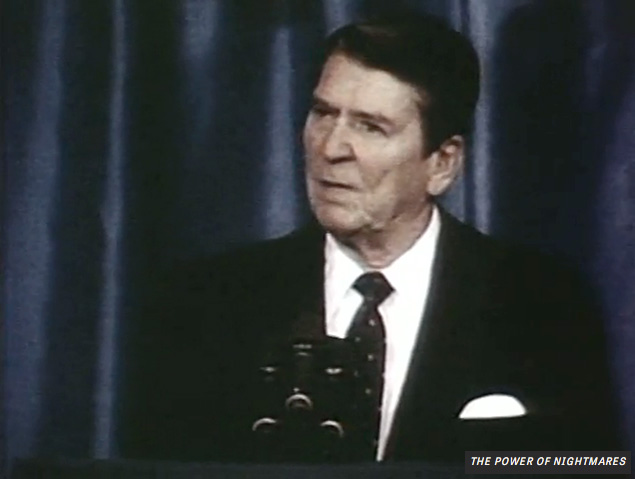 Curtis is best known in the U.S. for The Power Of Nightmares, which accused American neo-conservatives of exaggerating the threats posed by radical Islam to further their own political ends, but it isn’t one of his stronger works. Too often, he downplays real dangers in the name of toning down rhetoric; at times, he acts as if rhetoric is all there is. The danger of Curtis’ method is that his polemical equations sometimes lose their grounding in the material world. It’s no longer clear whether he’s revealing linkages or asserting them.

At their best, though, Curtis’ far-reaching histories of thought are breathtaking in their scope. Over the course of four one-hour segments, The Century Of The Self uses interviews, archival clips, and snarky stock footage to illuminate a tricky but critical subject: the influence of Freudian thought on the 20th century. In Curtis’ view, the most influential Freud may not have been Sigmund, but rather his nephew, Edward Bernays, who invented the profession of public relations. Exploiting his uncle’s insights into the unconscious mind, Bernays urged American businesses to create products that filled desires, not needs. Although the housewives of the 1950s said they wanted products to make their lives easier, Bernays argued that they were held back by feelings of guilt over abandoning their traditional roles. But when Betty Crocker, acting on Bernays’ suggestion, changed its instant cake mix to require them to add an egg, sales soared. (Bernays also argued that, in following the recipe, the women were subconsciously making a gift of their own eggs to their husbands.) Rather than buy a stove or a house that might last a lifetime, consumers learned to regard purchases as a means of self-expression, inaugurating an endless cycle of acquisitive self-realization. 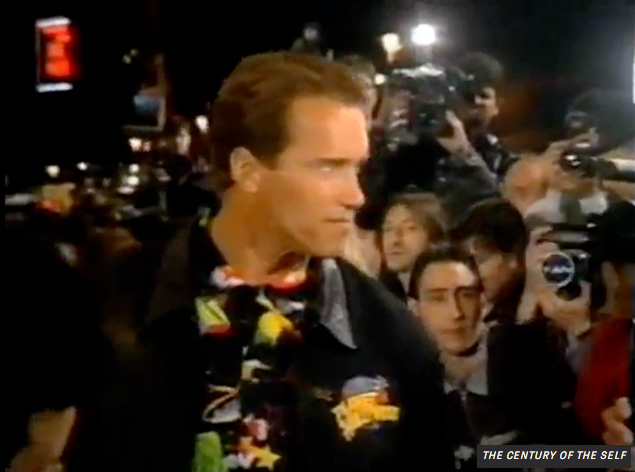 The influence of public relations becomes more insidious in Century’s second half, when Bernays’ methods worm their way into the political process, which Curtis sees as no less than a perversion of democracy. As historian Stuart Ewen puts it, “It’s not that the people are in charge, but that the people’s desires are in charge.” In the 1990s, Curtis says, both Bill Clinton and Tony Blair attained political power by swapping traditional broad-based initiatives for focus-group-driven micro-policies: Bye-bye health-care reform, hello cell phones for school-bus drivers. Clinton and Blair convinced themselves that focus groups were simply a more efficient means of gauging public opinion, but as ex-Clintonite Robert Reich points out, governing by people’s whims is not the same as heeding the will of the people. Like his uncle, Bernays believed that humans were essentially savage and needed to be repressed, and focus groups were a way of giving people choice without giving them freedom.

The idea that humanity’s tools often enslave rather than liberate recurs again and again in Curtis’ oeuvre, mostly recently in the three-part All Watched Over By Machines Of Loving Grace. Moving from the origins of computer science to the theory of the selfish gene, Curtis shows how the dream of a leaderless, self-regulating society has infected the history of recent thought like a persistent virus. Silicon Valley pioneers, many of whom saw themselves as heroic individuals in an Ayn Rand mode, saw computers liberating individuals from the yoke of society. Ecologists used computer networks as a means of understanding the natural world, theorizing that the right conditions could lead to a state of permanent equilibrium. And, facing an ecological crisis, world leaders argued that the only way to prevent catastrophe was to preserve that equilibrium, which would have meant making the status quo permanent.

The further Curtis’ films range, the more necessarily speculative they become; they’re polemics, in many ways best viewed with a browser window open to fact-check some of his outlandish connections. Often, he seems to be tying together thinkers who have nothing to do with each other, only to have one of them pop up and openly discuss the other’s influence. Ideas don’t move in straight lines, and neither do Curtis’ films.