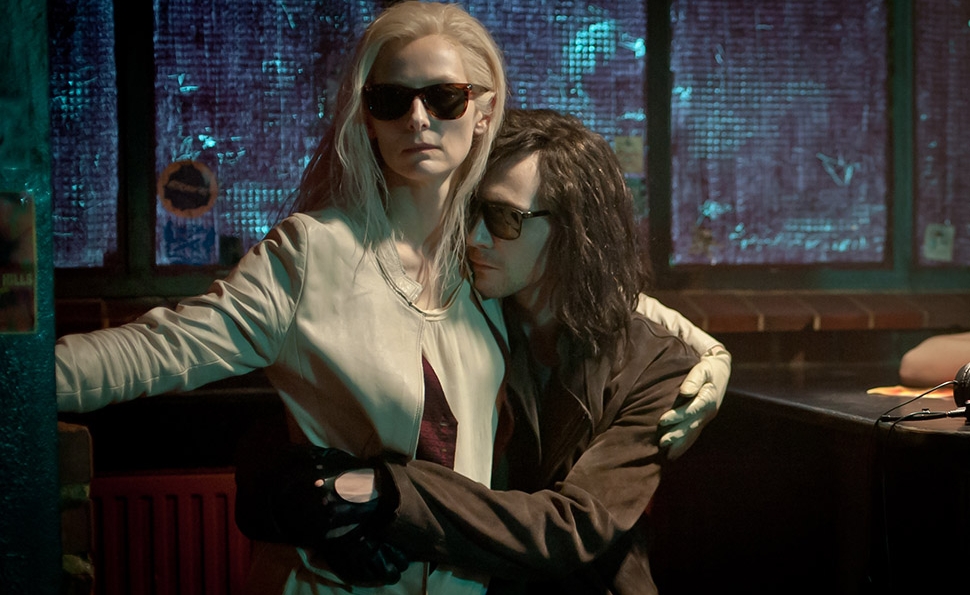 Why should anyone care about film festivals?

by Noel Murray and Keith Phipps

Keith: Why should anyone care about film festivals? That’s a loaded question coming from a site dedicated to film, since what we do tends to be tied to festivals in one way or another. If we’re not attending them we’re reporting on them, and what happens at them affects what movies end up making it into theaters, where we report on them again. But it’s a question I’ve asked myself throughout my career as an editor. Do film festivals really matter to readers who can’t attend them? Is there a great hunger among the readership for day-by-day updates about what goes on at Sundance, Cannes, Toronto, and elsewhere? I’ve never come up with a satisfactory answer, either. I’ve sent writers to these festivals every year then passed their pieces on to my co-workers to edit because, as someone who also writes about films, I don’t necessarily want to read others’ opinions. That’s partly because I like to go into films as unprejudiced as possible, but also because I’ve watched films become festival sensations and then fizzle out in the real world. Alternately, I’ve known movies that received tepid responses at festivals and have gone on to become favorites. I love The Tree Of Life. I wish I didn’t carry the knowledge that it was booed at Cannes into my first viewing of it, repeatedly asking myself “Why?” when I should have just been taking in the movie.

So, sway me, Noel. As someone who, apart from one trip to Sundance in 2000, hasn’t gone to a major film festival, why should I care?

Noel: We have different attitudes when it comes to what I call “presearching” movies, Keith, so I may never be able to convince you of the value of reading about film festivals. Myself, I like to hear the buzz. I read reviews before I see movies. I ask friends who have seen them what they thought. To me, the world of cinema is like a place I go on vacation from time to time, and before I visit I like to know where to stay and what to look for. I’m confident that once I’m there, I’ll still have my own unique experience.

Some critics don’t like trailers either, so maybe that’s a bad analogy. But when I think back on all the years I spent reading festival coverage before I started attending Sundance and Toronto regularly, I think about the first time I heard about Crumb, or Sex, Lies, And Videotape. I think about getting the early word on Pulp Fiction and Barton Fink and Do The Right Thing. As a younger cinephile, reading about festivals was how I learned what new talents had been discovered, and how I kept track with what some of my favorite filmmakers were up to. 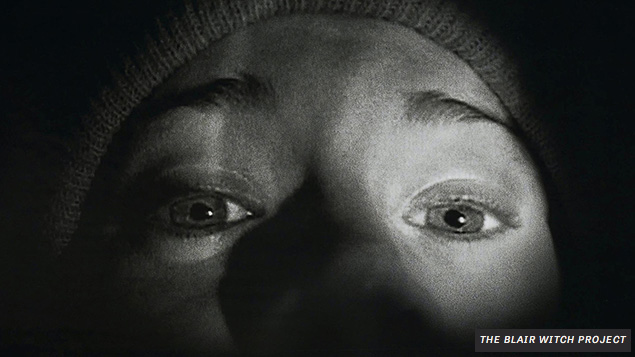 Perhaps I would’ve found that out without reading reviews and roundups from Cannes and the like, though. So let me ask you: Did you ever read festival coverage before you became a professional critic? And if not, how did you know that, say, The Blair Witch Project was something you had to see?

Keith: Okay. You got me. Blair Witch isn’t the best example because I was already in the business at that point, but that roll call of 1990s films I probably wouldn’t have been aware of—or at least aware of as early—if it weren’t for festival coverage is pretty persuasive. But that was then. Is it the same now? I’m not sure festivals have the ability to “make” a film anymore. Maybe I’m just too deep into the field to sort signal from noise, but it’s telling to me that none of the examples you cite are from the last decade. When I read festival coverage now, I find just the sheer number of titles overwhelming, to say nothing of the many opinions attached to those titles. (In case you haven’t noticed, there are a lot of people writing about movies these days.) Not to do too much behind-the-scenes work in full view, but we should figure out how we can be entertaining and useful to our readers when we cover festivals.

Noel, you’re a festival vet. I’m a perpetual bystander. How do we do that?

Noel: I mentioned two reasons why I’ve long enjoyed reading festival coverage, but I confess that the “keeping up with my favorite filmmakers” part is less of a big deal now, for the reason you mention: There’s so much writing out there about even as-yet-unreleased films that it’s hard not to know when Quentin Tarantino or the Coen brothers have something new on the way. Personally, I look more for the completely new discoveries at festivals. Almost every year at Toronto, our mutual friend and Dissolve contributor Mike D’Angelo finds a movie like Eat Sleep Die or Leap Year (not the Amy Adams one; the Mexican one) that was on nobody’s radar pre-fest, but is often more rewarding than some of the more hyped movies. I know I would rather have watched Eat Sleep Die a second time at last year’s TIFF than slog through At Any Price even once. 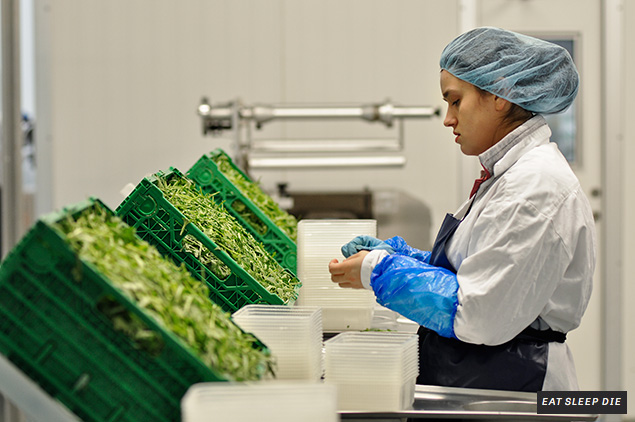 The problem, from both a business standpoint and from a “let me tell you fine people about some cool movies I saw” standpoint, is that it’s hard to convince anyone but the most hardcore movie buffs to read long articles full of comments on films they’ve never heard of, and that they’re unlikely to be able to see any time soon. I’m well aware that a large percentage of the people reading Toronto coverage this week and the next are going to want to hear the advance word on Gravity and the new Errol Morris documentary. I don’t blame them. That’s what I’d want to know about if I were stuck in the office and surfing film sites.

But as you mentioned earlier, advance word at festivals isn’t always super-reliable, for a variety of reasons: the competition from other movies, the overall tone of the festival, the consensus-building conversations critics have with each other in the lobby, etc. Mud didn’t connect with critics at Cannes 2012; now it’s one of the most acclaimed movies of 2013. I remember The Hurt Locker not drawing much more than respectful-but-middling notices at TIFF, on its way to becoming an Oscar-winner. I could go on. Every year I’m amazed by the movies that seemed just okay when I saw them at Sundance, but that go over great with critics when they’re released theatrically, perhaps because in April or August they’re not being programmed alongside some of the best and brightest of American independent cinema.

I realize I haven’t answered your question yet, Keith, so in brief: Yes, I think there’s a way to avoid overhype, as well as overreaction to films that don’t live up to expectations (which is another problem with a lot of festival coverage). But I’m going to make you wait a little longer before I tell you how. First, I have another question for Filmgoer Keith, not Editor Keith: Is it more useful and/or exciting to find out from movie critics that there’s an outstanding new Korean director whose first film just played in Toronto, or to find out that some dopey-looking mainstream Hollywood release in theaters right now is actually a hidden gem?

Keith: I would say it’s more useful to learn about the theoretical Korean director, something I’m less likely to stumble across on my own. So, once again, you’ve got me, and once again I’m going to propose we think out loud together for the betterment of The Dissolve: Given all the pitfalls we laid out and given that most of our readers won’t be able to see these films for a while, how do we best cover Toronto and other festivals?

I’m going to lay out a few guidelines:

What did I forget?

Noel: “Have fun out there?”

I’m only half-joking. I try to write movie reviews as fully thought-through arguments, weighing pros and cons, using the available evidence from the film, the culture, cinema history, my own experience, and so on. But when I write from a festival, it’s more like I just ran into some friends on the street and they said, “Oh, you just saw the new Nicole Holofcener? How is it?” Or at least that’s how I’d like to approach it.

“I love The Tree Of Life. I wish I didn’t carry the knowledge that it was booed at Cannes into my first viewing of it...”

What I’d most like to convey is what it’s like to be at a film festival, not in terms of the parties and the weather and the long lines, but in terms of the “trends” and “big picture” that you mention. Nearly every major film festival—and Toronto especially—is a set of snapshots of where cinema is at a particular moment in time. I say “set” because nearly every major film festival is really a collection of smaller festivals, held in a single city. A person could only attend the midnight movies at TIFF and come away with a perspective on the state of horror and cult-action filmmaking. A person could only attend the gala premières and have a slant on this year’s crop of middlebrow awards-bait. TIFF’s “Masters” program offers a look at established world-cinema auteurs, while other programs offer a chance to discover new talent, or catch up with the best of the avant-garde, or see the world today through the eyes of documentarians.

I’m a pretty omnivorous cinephile, so I try to sample it all. And what’s fun for me about attending festivals is that one movie will spark ideas about another, and one imaginative or intensely arty approach to telling a story will affect the way I look a film that’s less ambitious. Festivals aren’t the best place for thinking deeply about a single film; but they’re a great place to think for days on end about all film.

So that’s what I’m working to get across. Do non-festival-attendees care about film festival coverage? I hope so. I did. I still do. And if I and the rest of our Dissolve TIFF team do our jobs right, we should file reports that are informative, enlightening, and enjoyable even for people who never get to see a single frame of the films we’re going to write about.