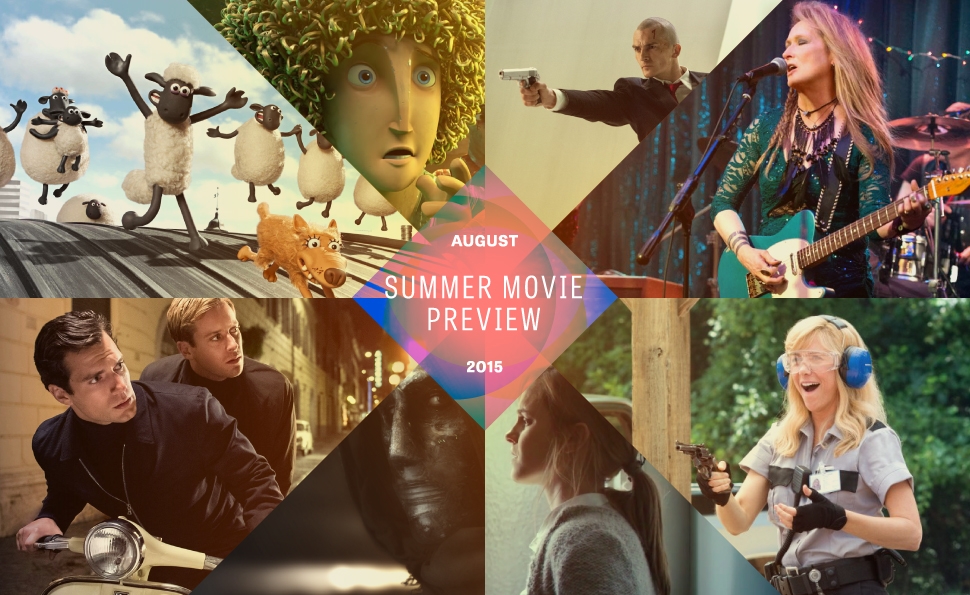 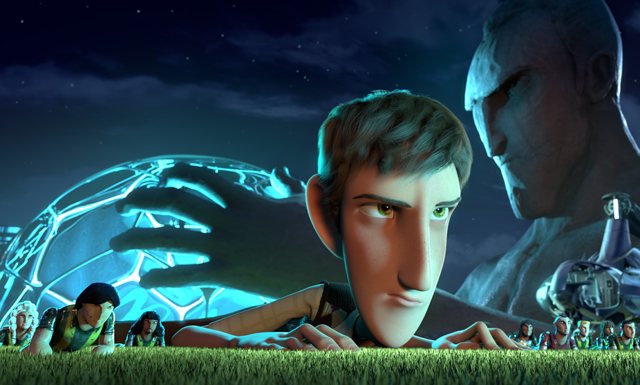 It’s Toy Story meets The Goonies meets Bend It Like Beckham in this animated import from Argentina. Jake (voiced by Glee’s Matthew Morrison) loves soccer—or fútbol, as it were—and foosball, and must combine his skills at both to save his small town from the clutches of his childhood rival/soccer star Ace (Nicholas Hoult), who wants to bulldoze the village to make way for a giant soccer stadium. (Cool move, Ace.) But Jake has an ace up his sleeve—no, no, a different one—in the form of magical foosball players who are brought to life by Jake’s tears.

Underdogs was a huge hit when it was released in Argentina in 2013 as Metegol, setting a box-office record for that country. It’s already received an English dub in a much more “footie”-friendly corner of the world, the U.K., with Rupert Grint and Rob Brydon voicing the lead roles, but the Weinstein Company picked it up and saddled it with an ultra-generic new title for American audiences, along with a new voice cast. The film’s director, Juan José Campanella, is probably best-known to American audiences for his work on a very different sort of film, the crime thriller The Secret In Their Eyes, which won the Best Foreign Language Film Oscar in 2009.

The only real news surrounding Underdogs’ American release has had to do with its constantly shifting release date, which has been moved three times already from the initial plan of August 2014. But there are plenty of reviews for the Spanish-language original and U.K. dub (titled The Unbeatables) out there, and they are decidedly mixed. Many reviewers praise the colorful, slick visuals, but they give fewer kind words to the story. (“Few surprises”! “Not much to write home about”! “Not unbearable”!) Many British reviewers also called out the terrible English-language dubbing, so it’s on the Weinsteins to do better by American audiences.

Soccer has been steadily gaining popularity in the United States, particularly among Underdogs’ intended audience of younger folks, so the subject matter may not be as much as a liability as it may seem in bringing this story to America. The bigger question is whether family audiences will turn out for an animated film that’s more or less an unknown quantity, without a Pixar, DreamWorks, or even BlueSky brand attached to let them know what they’re getting into. Between the less-than-beloved subject matter and the unfamiliar pedigree, Underdogs lives up to its name in the big summer-blockbuster game.

We’re not bullies sticking “kick me” signs on this particular underdog’s back. More like the kids on the sidelines, sneering and just waiting to be proved wrong when it pulls off some sweet movies and a surprise upset in the final minutes of the game.

A last-minute addition to the summer schedule, American Ultra takes the spot held until recently by the Kevin Costner-starring thriller Criminal, which now moves to a coveted January release slot. Here’s what we know from the official synopsis: Jesse Eisenberg plays a small-town stoner. Kristen Stewart plays his girlfriend. Something from their past comes back to give them trouble, and there are government operatives invovled.

There aren’t even publicity stills for this one yet, but Lionsgate paid a nice sum for this movie and moved it up on the schedule, which suggests a fair amount of confidence.

The whole film is more or less an X factor at this point—there’s really very little information out there about it—but the re-teaming of Adventureland co-stars Eisenberg and Stewart is a big draw here, especially considering the upward trajectory both of their careers have taken since 2009.

It’s hard to get a real head of steam up to anticipate such an unknown, but the film’s team gives it a little bit of a head start in the race.

Based on Jojo Moyes’ bestselling novel of the same name, Me Before You joins two battered souls for a love story that will likely be equally life-affirming and soul-crushing. You know, love in all its splendor! Emilia Clarke stars as Louisa Clark (uncanny!), a small-town girl who shows little interest in change, large or small. Then she breaks her normal routine with a new job caring for Will Traynor (Sam Claflin), a former wealthy playboy paralyzed by a nasty accident. The mismatched pair bonds deeply, but one of them has a secret desire that could spell the end of their blossoming relationship in a pretty final manner. Get your tissues ready.

If you’ve hit a bookstore any time in the last couple of years, you’re likely already familiar with Moyes’ prodigious output (and her charmingly old-fashioned cover artwork). Moyes has penned a series of beloved bestselling novels over the years, but Me Before You is the first one to make the leap to the big screen, complete with a script from Moyes, Michael H. Weber, and Scott Neustadter, who know from romantic dramas: They previously collaborated on (500) Days Of Summer and the YA adaptations The Spectacular Now and The Fault In Our Stars. The film is the first feature from director Thea Sharrock, best known for her Broadway work (Equus) and some small-screen work (on Call The Midwife and The Hollow Crown), and it features a cast just itching for a major big-screen breakthrough.

The film hasn’t yet played for critics, and probably isn’t even completed yet (again, we haven’t seen so much as a single still, much less a trailer). Weber and Neustadter’s involvement, however, hints at its quality, and the film should at least rank as a satisfying romantic drama in a season that mostly lacks that sort of genre entry.

Moyes is a bestselling author and a former journalist who is fast becoming a prolific hitmaker—three of her books ranked on the New York Times bestseller list at once, a major achievement for any author—and it’s likely we’ll see plenty more Moyes-based films in the new feature. Since Me Before You is the first one to hit screens, response will probably indicate whether more Moyes features are coming.

This was the month’s biggest divider among staff, with ratings from 2.8 up to 7.6. Ultimately, that probably has more to do with writers’ relative confidence in anyone’s ability to turn this potentially soppy, potentially powerful premise into an effective movie.