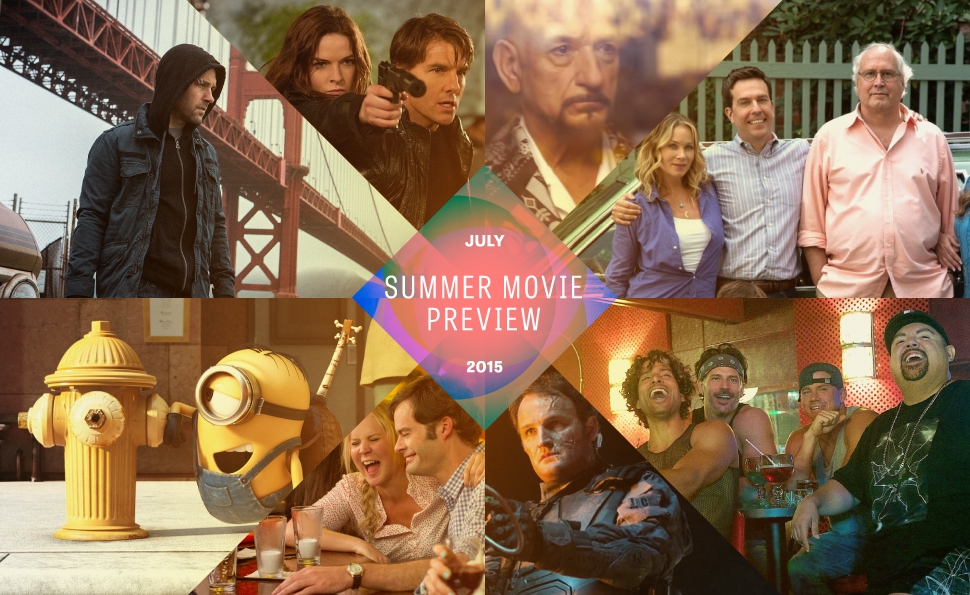 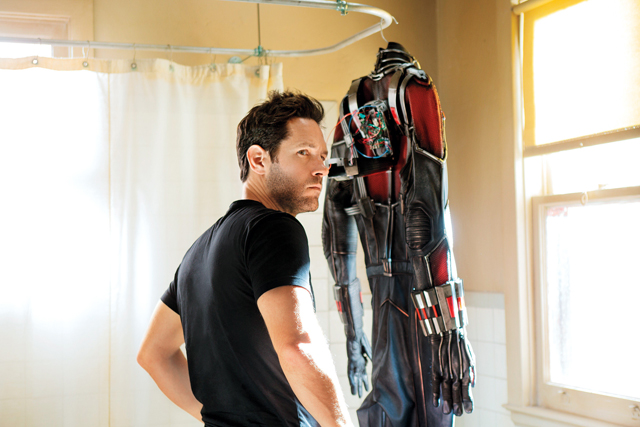 In the year’s second installment in the Marvel Cinematic Universe mega-series, and the final installment in Phase Two of the overall story, abashed convicted criminal Scott Lang (Paul Rudd) is released from prison after agreeing to take part in an experiment in which scientist Hank Pym (Michael Douglas) turns him into an incredible shrinking superhero with ant allies and the proportional strength of a ant.

No matter how you slice it, Ant-Man is one of the lesser lights of the Marvel comic-book universe, known mostly for being a wife-beater and a genius who made some cool tech, couldn’t entirely stick to a superhero theme, and wound up passing his inventions on to other heroes who made more interesting use of them. Paul Rudd has been a consistent charmer in films, though, and it’s interesting to see him get a rare co-writing credit here, alongside Anchorman and The Other Guys co-writer/director and frequent Will Ferrell comedy partner Adam McKay. Director Peyton Reed, like so many MCU directors, has no history with blockbuster special-effects movies, but has directed a number of better-than-they-looked, generally fun films, including Bring It On and Down With Love.

None. Avengers: Age Of Ultron has barely made it to the big screen, and Marvel isn’t going to blow the rest of its summer early by pre-screening a film that might distract from its lead-off action.

It’s going to be hard to watch this movie without mourning the version that would have come from original writer-director Edgar Wright (Shaun Of The Dead, Hot Fuzz, Scott Pilgrim Vs. The World). We’ll always wonder what exactly he was planning to do with it before he and Marvel Studios parted ways over “creative differences.” He and partner Joe Cornish still share a story-by credit.

The MCU hasn’t utterly let us down yet. While this feels a little like Marvel Studios’ Cars, with a bit of a dubious subject and treatment, and the somewhat troubled production gives us a little pause, we’re ready to see what makes Ant-Man worthy of the big screen, and how he fits into the MCU’s larger continuity. 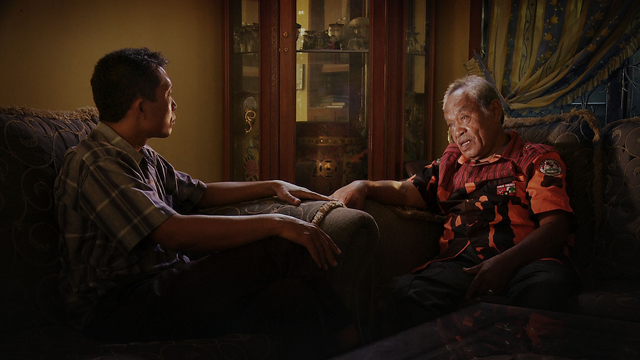 The Look Of Silence

A companion piece to the 2012 documentary The Act Of Killing, Joshua Oppenheimer’s latest meditation on Indonesian genocide follows an optometrist as he surprises and quietly confronts the aging death-squad leaders who ruined his family during the slaughter of the 1960s.

The Act Of Killing was nominated for an Academy Award and landed near the top of multiple Top 10 lists. Like its predecessor, The Look Of Silence was partly produced by documentary legends Werner Herzog and Errol Morris.

One persistent criticism of The Act Of Killing was that it focuses on the killers instead of the victims, although Oppenheimer said all along that he had another documentary in the works to tell the other side. After it debuted on the festival circuit last fall, it was easier to understand why Oppenheimer made two movies, with The Act Of Killing coming out first, even though a lot of the footage in The Look Of Silence was shot earlier. The sensationalism of the first film informs this sequel, which finds meaning in what the accused aren’t saying.

The Act Of Killing had a heck of a hook, with Oppenheimer helping former mercenaries re-create their crimes, while The Look Of Silence may be a tougher sell, since it mostly consists of long, awkward conversations. But the drama of those scenes—where people who committed horrible atrocities have to answer for them on the spot—is as astonishing and powerful as anything Oppenheimer has ever shot.

If you told us three years ago that a documentary about Indonesian genocide would be our most anticipated film of the summer movie season, we’d have checked your temperature and possibly your blood-alcohol content. But after the incredible experience of The Act Of Killing, we’re all on board. 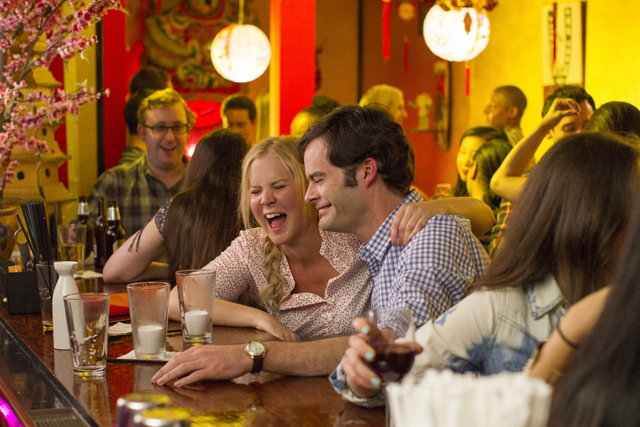 America’s funny, feminist fairy godmother Amy Schumer plays Amy, a magazine writer and a “modern chick who does what she wants,” namely, have casual sex without apology, drink copious amounts of alcohol, and dance around in gold miniskirts. Amy is terrified of monogamy, thanks to a scarring childhood lecture from her divorced dad (Colin Quinn), but when she meets Aaron (Bill Hader), a sports doctor who pals around with LeBron James (…LeBron James), she ostensibly begins to question her long-held beliefs. A pretty standard rom-com premise, but because the film was penned by the sharp, hilarious, patriarchy-smashing Schumer, we have to assume Trainwreck will turn that premise on its head.

Amy Schumer. Enough said. (Okay, Judd Apatow is directing, too.) Schumer first rose to fame on NBC’s Last Comic Standing before launching her own Comedy Central Show, Inside Amy Schumer, which she writes, directs, and stars in (and which just netted a fourth-season renewal). Her most recent stand-up special, Mostly Sex Stuff, was Comedy Central’s second-highest-rated special in 2012. In other words, Schumer is on the precipice of becoming a huge star. She’s brilliant, completely original, and something of a revolutionary: Much of her material focuses on subverting gender roles and wittily skewering the sexism deeply ingrained in our culture. What better genre to support that kind of incisive social commentary than the rom-com?

Trainwreck is currently boasting a 100 percent rating on Rotten Tomatoes, which isn’t for nothing. Its SXSW premiere garnered near-unanimous positive reviews. Variety: “Schumer...has written herself a gem of a role here—one that allows her to show the full range of her comic gifts while doing a lot to subvert the ossified codes that dictate how women in Hollywood romantic comedies are supposed to behave.” The Hollywood Reporter: “It will be interesting to see how this picture fares commercially compared to Apatow’s tales of similarly stunted young men: It’s in the same league in terms of laughs, its romance works as well or better, and there’s less fat on it than Apatow sometimes allows. What could keep it from being a hit, aside from double standards Americans apply to the sex lives of men and women?” Do you need some aloe for that burn, America?

There’s been a lot of buzz about Trainwreck: It’s loosely based on Schumer’s life, it’s the first movie she’s ever written or starred in, and it marks Judd Apatow’s first stint as a director for a film he didn’t write. And, of course, it’s a movie about a woman, written by a woman, which is increasingly rare in an industry that considers women a “niche group.” Also: Apparently LeBron James is really, really good. Who knew?