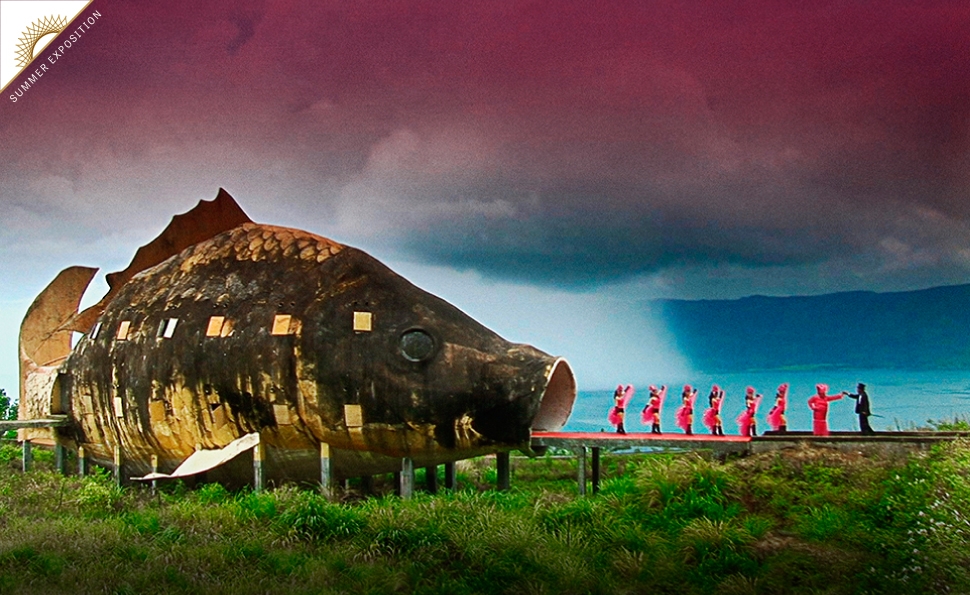 Documentaries in the summer of “hard reality”

On July 1, 2013, NBC started airing a show called Siberia, a found-footage science-fiction/horror series that imagines what would happen if a Survivor-like reality competition strayed into an area suffused with the paranormal. But Siberia doesn’t really become a full-on found-footage exercise until around episode seven. For the first six episodes, the structure and tone of the show is practically indistinguishable from a typical reality competition series. Aside from the occasional mysterious death, Siberia follows the rhythm of artificial conflict and self-aggrandizing confessionals that Survivor perfected. It’s clearly fake, but in some ways it feels even realer than what gets sold to TV viewers as “reality.”

Defenders of reality TV sometimes say the genre gets a bad rap, and that it’s really just a hybrid of the traditional TV game show and the documentary. Which is mostly true. At their best, reality series offer the arbitrary rooting interest of sports, but with longer “up close and personal” backstories. But as Siberia has proven—whether it meant to or not—these shows are also terribly formulaic, and more concerned with fitting their footage into one of a handful of preselected narratives than in sitting back and watching what happens. 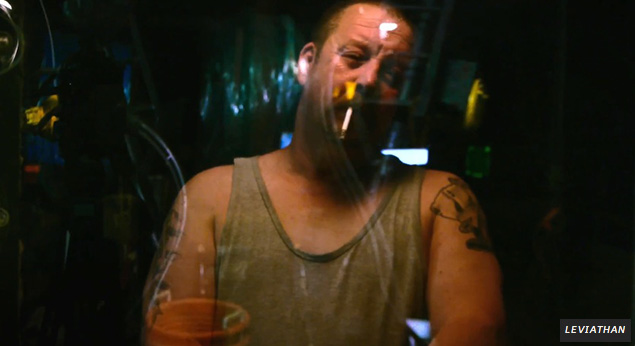 Over the past several months, a handful of documentaries have demonstrated much more artistry, elevating non-fiction filmmaking to the level of the best cinema, rather than delivering something indistinguishable from TV, as too many docs do. Lucien Castaing-Taylor and Verena Paravel’s Leviathan, for example, is like an episode of Deadliest Catch directed by Gaspar Noé. By strapping cameras all over a commercial fishing vessel, Castaing-Taylor and Paravel create an immersive experience, akin to standing on the rocking, noisy, bone-chilling deck of a ship while birds squawk above and fish guts slosh below. It’s an abstract film that shows a large-scale fishing operation as a wrenchingly physical way of life, performed by men at constant odds with nature. And there are no Ice Road Truckers-like charts and interviews to explain what’s happening on the screen, either. Viewers just get plunged into it.

This summer, Joshua Oppenheimer offered something just as audacious, albeit far more accessible, with The Act Of Killing. Oppenheimer coaxes aging leaders of Indonesian death squads to confront their atrocities by letting them restage them as scenes from old movies. On one level, the film could be read as insensitive, or too postmodern for its own good. But compare The Act Of Killing’s approach to history to something like The Amazing Race or MTV’s Road Rules, which use historically significant sites as the backdrop for trivial games. (The HBO sketch comedy series Mr. Show once parodied this kind of reality show brutally, showing two college bros trying not to get too bummed out while visiting Anne Frank’s bunker, because they need to focus on finding a hidden beanbag.) By contrast, The Act Of Killing’s layering of unreality across hard reality serves to focus more clearly on what’s being re-created. The film brings the unimaginable to life in ways that mere archival photos and statistics couldn’t.

And then there’s Sarah Polley’s Stories We Tell (out on DVD this week), which in the abstract sounds like a documentary example of one of the more insidious subgenres of reality TV: the “daily lives of minor celebrities” show. But as Polley digs into her own family history, and discovers some truths about her parents that she’s long tried to ignore, the material isn’t played for its sensationalistic or melodramatic qualities. If anything, Polley tries too hard to excuse the intensely personal nature of her film by framing it as a universal mediation on how different family members construct different parallel narratives around the same shared events. Only toward the end, when Polley’s dad suggests that she’s using art to distance herself from her own feelings, does Stories We Tell really give in to its own power to move people. The effect is emotionally devastating. 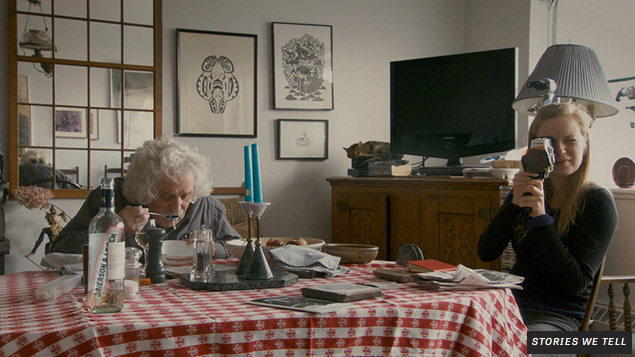 What sets all three of these films apart from what reality TV tries to do is that Leviathan, The Act Of Killing, and Stories We Tell acknowledge that while there is such a thing as truth, conventional methods of documenting it may be inadequate. To get to the essence of exhausting physical labor, genocide, or infidelity, it takes some degree of aesthetic intervention, whether in the structure of the narrative, the camera placement, or the use of theatrical devices. Reality TV, by contrast, tends to rely on the same repeated tricks of editing and pacing to alienate viewers from the actual truth, by turning real people into “characters.”

In this summer of the fake reality series Siberia (and the deeply strange reality competition Whodunnit?, which asked contestants to pretend their competition was being literally murdered each week), two basic-cable series tried to up the ante on “real.” On TNT’s 72 Hours, teams were dropped in the wilderness and asked to spend three grueling days hiking toward a hidden briefcase full of money. The contestants dropped like flies, felled by exhaustion, dehydration, and nagging injuries that got worse the longer they hiked. Meanwhile, Discovery’s Naked And Afraid asked two experienced survivalists—one male, one female—to spend 21 days in a harsh environment with no food, no water, and no clothes, other than what they could scavenge. Naked And Afraid isn’t a game; it’s raw voyeurism, watching two naked people starve for three weeks whole fending off actual predators.

Yet even these two “no bullshit” reality series are ripe with, well, bullshit. The situations are less contrived than other reality shows, but the participants are still fully aware that they’re performing, if only because a few times a day, they sit with a producer and a camera operator and spill their guts, overreacting to any minor personality conflict they might be having. After a couple of episodes, both 72 Hours and Naked And Afraid began falling into the predictable reality-TV arcs of adversity and perseverance. There’s still something to be gleaned from both about interpersonal relationships and survival skills, but as always, they’re couched in manufactured drama.

Documentaries aren’t above such contrivances, goodness knows. It seems whenever a filmmaker comes up with an innovative way to present information, other filmmakers rush in to rip it off, whether they’re going the glib first-person route like Michael Moore, or cramming animated interludes into every spare second of screen time. Watch enough documentaries, and patterns start to emerge, just as on reality TV. There are “issue docs” that either include no dissenting voices or only those dissenters who can be edited to look more sinister and/or ignorant. And there’s the editing trick common to different types of documentaries, in which a scene cuts right after someone says something outrageous, so the audience will gasp, laugh, or shake their heads. (Even The Act Of Killing does this.)

There’s nothing inherently wrong with this reliance on formula. It isn’t always essential that artists be innovative—not if they have something else of value to offer. If a documentarian wants to be persuasive, or a TV producer wants to showcase a particular premise, it might not be worth the trouble to orient viewers to a whole new way of understanding what they’re watching. Not to mention that there’s something eternally satisfying about watching pieces drop into the same places they always do, in a song, a joke, or a non-fiction film. Orderliness has its charms.

But if the purpose of a documentary is to reveal something about real life through cinema, then it’s exciting to see docs that jar their audiences in ways a book or a TV news-magazine segment wouldn’t. What’s most laudable about films like The Act Of Killing, Leviathan, and Stories We Tell is that even if the filmmakers knew ahead of time what they were going to show, the outcomes don’t feel predetermined. There’s a sense of discovery as they unspool.