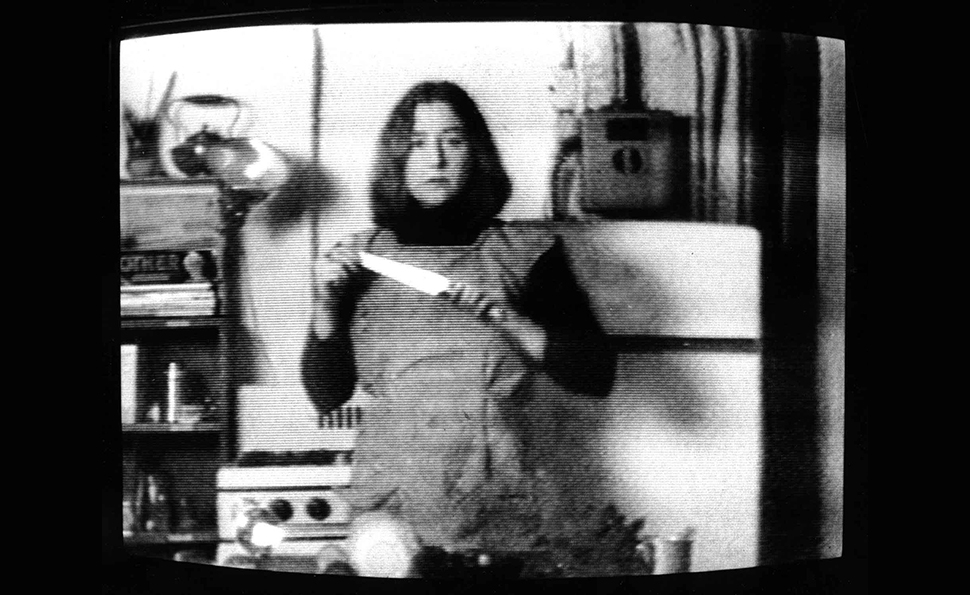 “Semiotics Of The Kitchen”

Dartmouth professor Jodie Mack is one of a subset of avant-garde filmmakers who work creatively with collage, animating found objects with the intention of creating mesmerizing patterns and subconscious associations, rather than developing conventional characters and narratives. Mack’s 2010 piece “Posthaste Perennial Pattern” presents a rapid succession of printed fabrics—tablecloths, curtains, sheets, and the like—scored by the sound of chirping birds and passing cars. When the pictures are moving at their fastest, the screen resembles a fireworks display: a riot of bright hues. When they slow down, they begin to move more at the pace of the soundtrack, creating a powerful juxtaposition of the natural and the unnatural.

Asked whether the rhythm of the editing was done by feel or by following a set structure, Mack told The Dissolve, “I structured the film like a concave narrative bell curve where speed equals dramatic action. The images build and dissolve from and to systematic flashes of black, starting and ending in full speed. The film slows down to near-stillness in the dead center.” If nothing else, “Posthaste Perennial Pattern” offers a dazzling three minutes of eye-popping color and movement. But the film also speaks to the ways artists and craftsmen alike have tried to capture nature, be it via a single work of art or in a single tiny picture, repeated ad infinitum, across thousands of square feet.

As a photographer and installation artist, Martha Rosler has been a vital presence since the 1960s, when she produced a series of collages juxtaposing media-approved images of domesticity with pictures of wartime atrocities (many from the pages of the same magazines). She then carried that same provocative, playful approach into her work as a filmmaker, in which she’s frequently contrasted the flatness of videotape with the fantasy of femininity produced by the dominant culture. In 1975’s “Semiotics Of The Kitchen,” Rosler delivers what on the surface could be read as a preschool primer on the tools mommy needs to cook, organized alphabetically. But the demonstrations of “fork,” “grater,” and “hamburger press” come across as creepy and violent, such that by the time the cook gets to “nutcracker,” it looks like nobody in the vicinity will survive to see X, Y or Z.

In an interview with Artpulse magazine, Rosler was asked about the thread of feminism that runs through her work, especially in this film, and she replied, “Feminism is a central angle in all my work; it does not replace or supplant other considerations. Feminism is a world view, or a great factor in such a perspective. It is a viewpoint that demands a rethinking of questions of power in society and thus has undeniable potency.” But as strong as Rosler’s feminist message has been, the way she uses her medium shouldn’t be discounted. “Semiotics Of The Kitchen” is on one level a performance piece, shot in one take, with only a short, slow zoom at the start and the end to frame it as cinema. But the blankness of the set and the murkiness of the video create an overall vibe of phoniness, accentuating the horror lurking just beneath the sterile condescension of “TV for women.”