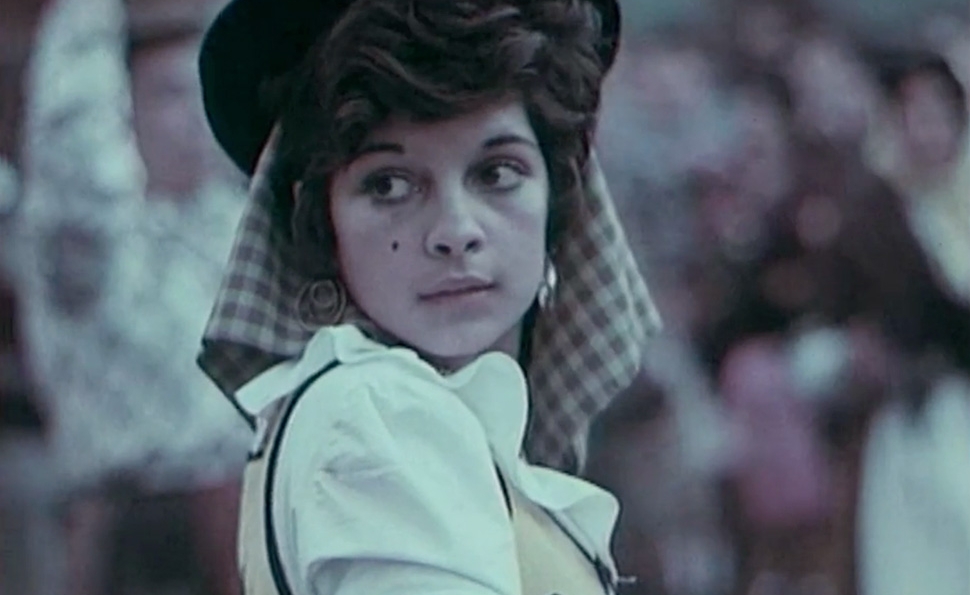 Though 20-year-old Belgian Jaro Minne has only been a film student for a couple of years, he’s been active on Vimeo throughout his education, getting attention from the site’s users and editors for his fictionalized, semi-improvised slice-of-life vignettes about young people, made in the style of directors like Andrea Arnold and Lars von Trier. Minne’s experimental documentary “Symphonic Memories” was born of a different kind of improvisation, juxtaposing audio vérité and video vérité to see what connections spark. The short represents Minne’s first stab at working in the mode of the late cine-essayist Chris Marker, creating original, illuminating associations between images and words, rather than having the former always directly illustrate the latter. For “Symphonic Memories,” Minne pairs reminiscences of Lisbon with loosely related home movies and news clips, and while sometimes the pictures and sound are directly linked (such as a memory of a winding road over a shot of a winding road, or a mention of the fiscal crisis over images of unrest in the streets), more often, Minne introduces some dissonance, intending to evoke the subjectivity of memory, even when people are recalling the same public space. Minne recorded the interviews himself, and borrowed some films from his Portuguese friends and subjects, but he relied on the Videoteca Lisbon for about 40 percent of his footage, which it provided in exchange for a co-producer credit. “Symphonic Memories” isn’t specifically about Lisbon, though, so much as it’s about how people connect to any location via their lingering impressions of its sounds and smells, and by what was happening in their own lives when these places most mattered to them.

The 1930s and 1940s were a prime era for propaganda films—a time when their messages were overt and plainly persuasive, even when their points of view were repugnant. But there’s nothing especially distasteful about “Made In The U.S.A.,” which was commissioned by The Committee On International Economic Policy and The Carnegie Endowment For International Peace, and meant to help stem the isolationist tide washing across America at the dawn of World War II, to prepare the citizenry for the eventual process of international economic reconstruction. The short deploys the classic “Imagine a world without…” rhetorical device, following naïve small-town geezer John Robinson as he learns just how many of his daily comforts and needs are met by imports. In a daydream, Mr. Robinson gives a ride to a traveling magician, who has the power to make anything not “made in the U.S.A.” disappear. First, the wizard evaporates most of his host’s groceries, getting rid of bananas, black pepper, coffee, and cocoa. Then he starts stripping the car of its non-American parts, including the rubber tires, upholstery, and paint. As with many vintage infotainments, “Made In The U.S.A.” is as fascinating for what it takes for granted as for what it means to explain.

The short takes place in the heartland, operating under the presumption that farm folk were likely to be the most stubbornly reactionary on the subject of foreign relations. But the film also makes sure that its obstinately pro-American protagonist has a more obnoxious foil: an older crank named Bert who sits around the general store inflicting his political views on the customers. That contrast makes it all the easier for Mr. Robinson to move toward a more reasonable, informed position. The result is a document of pre-WWII anxiety in the United States, and a fine example of how one set of carefully selected facts can thwart another.