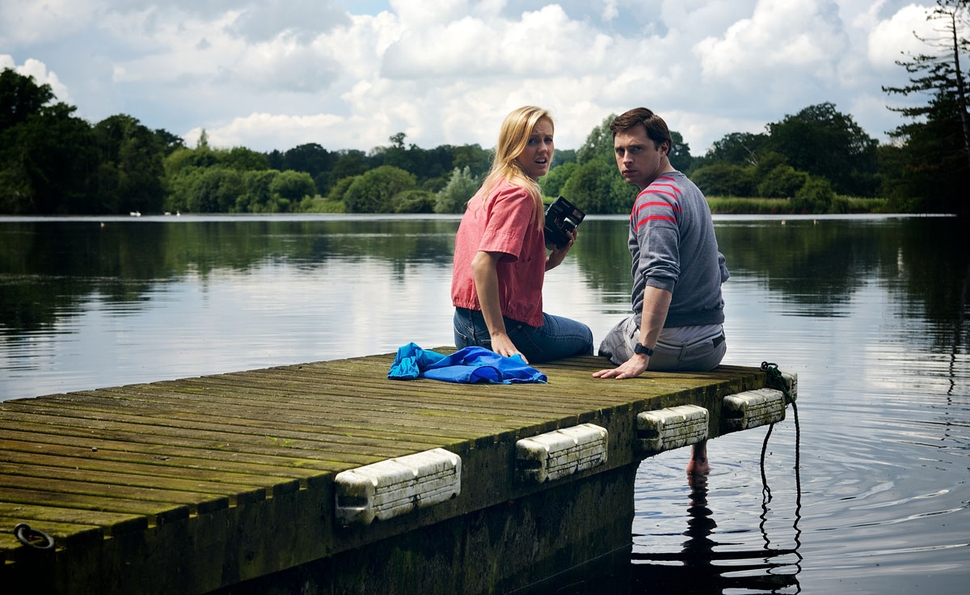 Ben Franklin’s horror short “Dead Man’s Lake” isn’t what it initially seems to be. Pitched as an homage to 1980s summer-camp slashers, “Dead Man’s Lake” features appropriately gnarly impalements and face-burnings—classic slasher stuff—but Franklin and co-writer Joel Morgan have moved the basic premise of a group of kids being stalked by a monster from the wilderness of the United States to the east of England. And instead of a big group of campers, this film only has the horny young couple Nick (Lewis Osbourne) and Grace (Caroline Haines), and Nick’s goofy, fireworks-obsessed best friend Pete (James Powell). These are subtle differences, but they throw the tone of “Dead Man’s Lake” slightly out of whack, effectively setting up the short’s big twist.

Franklin is the co-founder of the website/series Bloody Cuts (with his brother Jonny and Anthony Melton), and while nearly everybody on the Bloody Cuts team plays some kind of role on all their films, “Dead Man’s Lake” is Franklin’s first (and thus far, only) directorial credit. In an interview with his own site, Franklin said the idea for the short came from wanting to do a Bloody Cuts version of a slasher film, just as he and his cohorts have riffed on other horror subgenres. As a “killer in the woods” movie, “Dead Man’s Lake” isn’t anything special, but by setting up expectations, then abruptly shifting gears—from a simple slasher to something more like a Twilight Zone episode—the Bloody Cuts crew deliver a more satisfying kind of shock.

Rod Serling himself might’ve gotten a sick kick out of Jon Knautz and Charles Johnston’s “Still Life,” which stars Trevor Matthews as Nathan Evans, a pill-popping young man who’s driving through a wintry small town when a momentary distraction causes him to run over one of the townsfolk. Or at least that’s what he initially thinks happened. When he gets out of his car and takes a closer look, he sees he actually ran over a mannequin. And the reason he was distracted in the first place was because he saw what looked like a mannequin sitting on a bench. In fact, everywhere Nathan goes in town, he sees mannequins: sitting at lunch counters, standing on sidewalks, and leaning over the shattered body of the mannequin he hit. And whenever Nathan turns his head and then turns back, the mannequins seem to have moved closer to him.

After making “Still Life,” Knautz went on to direct the clever, raucous action-horror film Jack Brooks: Monster Slayer, and the more atmospheric supernatural thriller The Shrine. Though Knautz has stuck fairly closely to the horror genre, his skills as a visual storyteller are what makes “Still Life” a standout, not how creepy it is. (Although it is super-creepy.) With only one mobile character in the frame for most of the film, Knautz has to rely on composition to indicate what’s happening. Position the mannequins too close, or too far away, and the audience might register a scene differently, and throw off the precise pacing of the narrative. And though “Still Life”’s Twilight Zone ending becomes fairly obvious by about two-thirds of the way through the film, Knautz and Johnston get that what made Serling’s show such a classic wasn’t just the sucker-punches, but the unsettling feeling that the world is always askew, and that no one should ever feel secure.