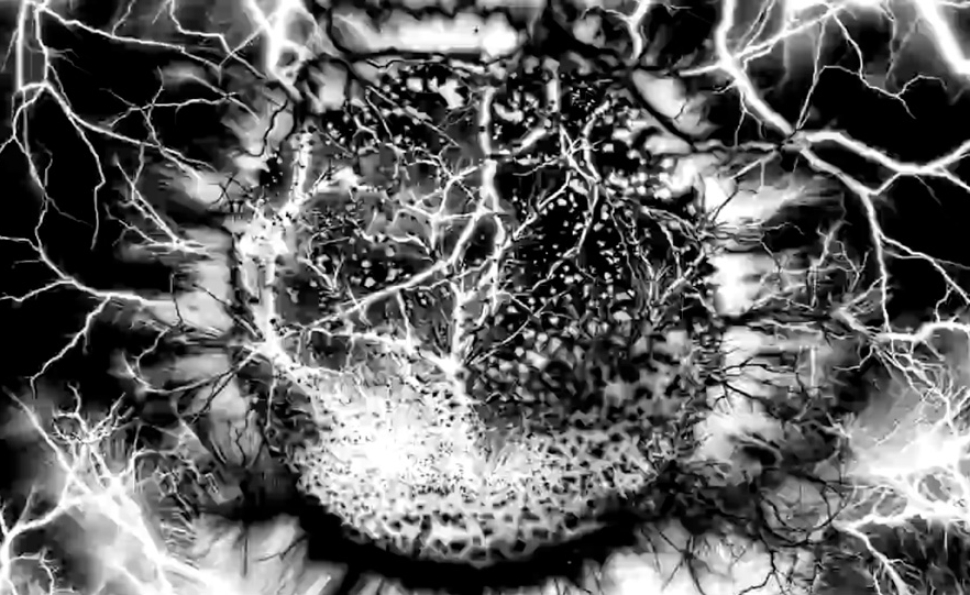 Art meets science and industry in this week’s shorts

In an interview with the Gaspar Noé fansite Le Temps Detruit Tout, German experimental filmmaker Thorsten Fleisch described the way he works: “It is a very procedural approach, meaning that I normally don’t know where it will lead me in the end. I just try to find what I think looks interesting and beautiful, and then when I have experimented enough, I try to put the different results together in a way that makes sense to me.” For his multiple-award-winning 2007 short “Energie!”, Fleisch transformed his fascination with tesla coils into a Stan Brakhage-style animated artwork, exposing photographic paper to high voltage and then arranging these “electrophotographies” into a kind of flipbook. A tinkerer by nature, Fleisch uses “Energie!” to show how awe-inspiring raw electricity can be, and how impressive the manipulation of those forces can be. It’s an experiment about experimenting.

In the same interview with Le Temps Detruit Tout, Fleisch said that along with the avant-garde masters, he likes horror and science-fiction filmmakers like Dario Argento, David Cronenberg, and Tobe Hooper. (“I think these genres are the most interesting and experimental visually.”) He carried that cross-discipline curiosity into his collaboration with Noé on the flickery title sequence to the French director’s hallucinogenic 2009 fantasy Enter The Void. Even “Energie!” has some of the qualities of darkly psychedelic science-fiction, with the film’s rapid succession of electrical charges resembling trees on a distant planet, or a microscopic journey through the synapses of the brain. It’s an exciting and unsettling adventure, with Jens Thiele’s droning soundtrack setting a tone of alienness. But it’s also a visually pleasing film, for all its freneticism. Freeze-frame anywhere, at any time, and the picture is striking—like the first images being sent back from a rover into the unknown.

Photographer Ralph Steiner studied science in college before migrating to the fine arts in the 1920s and then progressive politics and avant-garde cinema in the 1930s, but he never lost his fascination with chemistry, geometry, and engineering. He applied all three of those disciplines to his photos and his films, which openly employ technology while also sometimes spotlighting it. Steiner’s 1930 short “Mechanical Principles” is a study of machines in motion, cut to the rhythm of the machines themselves. It’s all angles and curves, with metal parts turning and compressing with precision, looking almost like animated schematics. Unlike the majority of the “factory films” that followed—mostly industrial films and instructional pieces of the How It’s Made variety—“Mechanical Principles” never shows the results of any of this grinding and clanking. The machines are shown in segments, as pieces of a whole that the audience never gets to see. The joy of the film is in the movement itself, so balletic, yet so predictable. The parts are like dancers who always hit their marks.