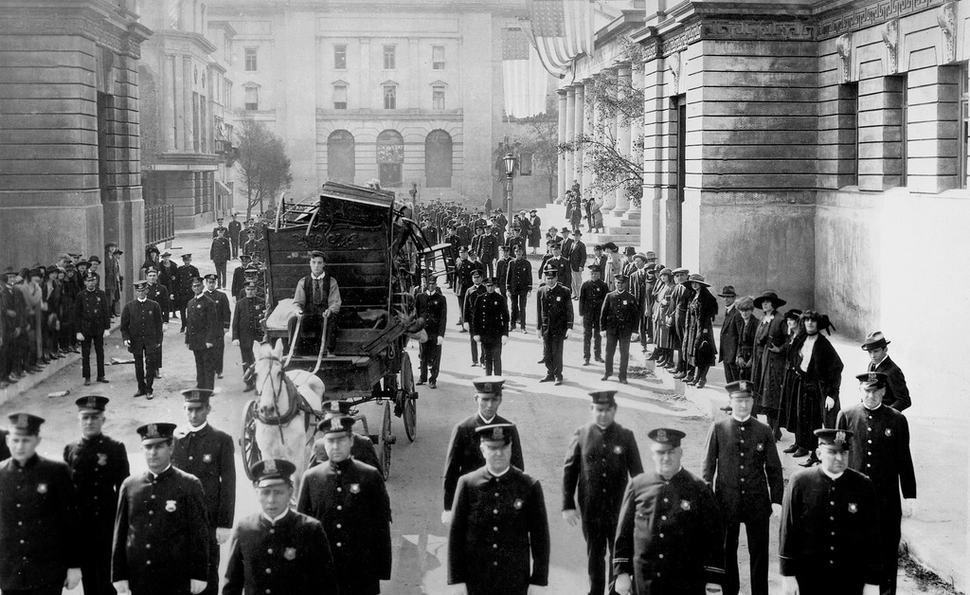 About a third of the way through Mary Helena Clark’s film “Orpheus (Outtakes),” a pair of disembodied eyes floats on a pitch-black screen, as a succession of voices appear on the soundtrack. It’s the sound of the blindfolded panelists from the 1950s game show What’s My Line? asking “mystery guest” Buster Keaton whether he’s known for his work in motion pictures. (“Do you go as far back as the silent movies?” Dorothy Kilgallen wonders.) Clark is one of the more confident and playful of the recent crop of avant-garde filmmakers who manipulate the physical properties of film, and with “Orpheus (Outtakes),” Clark goes deep into negative space, using out-of-context flashes and subtitles from Jean Cocteau’s Orphée to evoke the sensation of falling into a pit of silence and darkness. Whether she’s repeating a mistyped subtitle— “The electricity has been out off”—or showing an overexposed chain dropping down the center of the screen for a solid minute, Clark asks viewers to consider the pieces of information that are missing or off-kilter, and in doing so, she sparks ideas about what the audience isn’t seeing.

In an interview with Jesse Malmed for the website Bad At Sports, Clark said, “It’s plainness in illusion that interests me. Méliès made people disappear by turning the camera on and off, and I think the simplest tricks are a nice reminder of the ease with which the mysterious can be conjured.” And indeed, much of the appeal of “Orpheus (Outtakes)” comes from the way Clark combines and distorts her footage, like a kid playing with the knobs on an old TV set. As for that litany of 1950s TV stars talking to a mute Keaton? Clark told Malmed, “What makes more sense then a silent film star acting in a film about the underworld where it is very, very dark?”

In addition to starring in (and often conceiving) some of the funniest films of the silent era, Buster Keaton was early cinema’s master geometrician, dividing up the screen into smaller squares, rectangles, and circles that his stone-faced protagonist could occupy for a few perilous seconds. In 1922’s “Cops,” Keaton plays a luckless would-be Romeo who decides to impress the woman he likes by looking for opportunities to become a business bigwig. By the end of the day, “The Young Man” accidentally steals a wallet full of money and a horse-drawn cart full of one family’s possessions. In both cases, the people he wrongs are policemen. One of the central gags of “Cops” is that everybody in the city seems to be working for law enforcement, and they all overreact to the hero’s mistakes, chasing him through the streets en masse. By the end of the film, it’s a hundred against one.

Beyond the mild social satire and the typical Keaton whimsy—the latter best exemplified by a scene where The Young Man gets his horse to giddy-up by calling it on the telephone—“Cops” is a study in using screen space. Keaton’s character hides at the corner of a triangular building and watches his pursuers criss-cross past him. He teeters back and forth on a ladder that’s stuck on a fence. He slides through the legs of one policeman. He zips offscreen by grabbing onto a passing car. “Cops” is hilarious, but it’s also a wonderment of lines and angles, as simply and beautifully composed as a Mondrian.