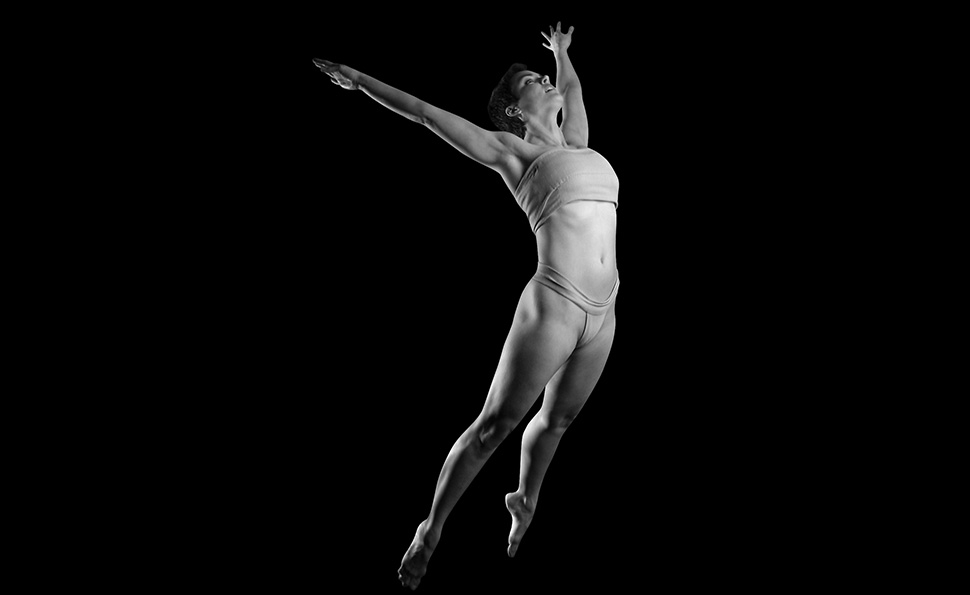 Dancing about architecture is underrated. The old saw about the difficulty of writing about music (or painting, or art in general, depending on the various forms the quote has taken over the decades) suggests that forms of expression just don’t translate from one medium to another, but it overlooks the way one medium can effectively suggest another, without falling prey to its problems. Degas’ paintings evoke the grace of dance without dealing with real-world concerns like sweat, torn ligaments, or bruised feet. Barton Fink suggests the frustration of tortured, ineffectual prose without needing to put the eponymous writer’s words up on the screen. E.M. Forster’s novel Howards End features a fantastic description of Beethoven’s Fifth Symphony, consisting entirely of the mental images it evokes. Sometimes, moving an art form into another medium is a way to home in on something essential about it by suggesting one communicable aspect, while leaving the rest behind.

That’s one of the many strengths of Spider and Jeanne Robinson’s Stardance, a 1979 novel about the first professional zero-gravity dancer. Spider is a long-established science-fiction writer with a cult following; his wife Jeanne was a renowned choreographer who was invited to be the first dancer in space under NASA’s civilian-in-space program, which was unfortunately canceled after the Challenger explosion killed the first program participant, teacher Christa McAuliffe. The Robinsons both brought extensive experience in their field to Stardance: It’s knowledgeable about the rewards of dance, the many practical difficulties involved, and the quotidian process of choreographing and rehearsing, but it’s also intriguingly speculative about the practicalities of civilians and artists living in zero gravity. The Robinsons worked for years to get a Stardance movie funded and filmed on their own terms, first as an IMAX short about zero-gravity dance, then as a full-length feature adaptation. But the film project—chronicled in detail in a blog at the film’s official website, complete with test footage of initial movement experiments on a parabolic flight—was cut short by Jeanne’s 2010 death, and their screenplay and the adaptation rights have languished in limbo ever since, with project partner James Sposto openly looking for someone to pick them up.

When Stardance first hit bookshelves in 1979 (after the Robinsons expanded it from a 1977 Hugo-and-Nebula-winning novella into a full-length book), it described the kind of speculative near-future that almost seemed technologically feasible within our lifetimes, but not yet technologically feasible in any convincing way on film. But Alfonso Cuarón’s Gravity, with its stunning realism and gorgeous imagery capturing the space environment, suggests that cinema technology may have finally caught up with Stardance’s considerable demands. And given that Gravity’s box-office success all but ensures a series of followers and imitators—both from studios rushing to get in on a perceived payday, and the tech-minded filmmakers who always reach for the shiniest new item in the toybox—Stardance now seems like an obvious choice. It has the advantage of being thrilling in its specifics, but also a world away from Gravity conceptually, in a way that should defang some accusations of rote imitation.

Stardance centers on Shara Drummond, an immensely talented dancer and choreographer who lacks the flat-chested, lean-bodied, compact-and-muscular build prized by modern dancers: “nearly as sexless as a high fashion model,” as the book puts it. She spends years producing groundbreaking dances on her own, but being told her talent doesn’t matter; her body type just isn’t in fashion. (Many, many would-be professional performers should be able to relate.) So she makes a terrible bargain with a rich industrialist who’s funded a massive space station, the only significant civilian platform in space. He gains an awful mental and emotional control over Shara, but she and her partners, including her dancer sister Norrey, her filmographer Charlie (the novel’s point-of-view character), and her music team, have the freedom to transform an ancient art form into something entirely new.

Stardance’s initial parameters aren’t entirely unfamiliar from modern dance movies like the Step Up series and its many imitators: evil, grasping businessman vs. young up-and-comers who love dance more than anything, and want to express themselves and get their artistic vision out to the world. There’s no endangered clubhouse in sight, thank goodness, but there are some familiar, easily graspable tropes. But these elements get expanded into a story about creativity and self-expression at any cost, the kind of artistic-underdog tale that cinema tends to love. It’s a strange, beautiful melding of science-fiction futurism and primitive, universal truths about art and individual vision. And when the aliens show up, it also becomes a terrific first-contact story, and a metaphor about the immaturity of the human species. But it’d be a shame to spoil further plot developments for people who haven’t read the book.

What can be said about it instead is that it has two primary foci: on communicating to readers what it’s like to be a dancer and an innovator, and on exploring the relationships among a particularly colorful, memorable cast of characters who would come across spectacularly on film. Spider Robinson is an unabashed child of the 1960s whose books are philosophically open-minded about drugs (especially pot), group sex, and any other methods of enhancing consciousness, empathy, understanding, or non-possessive attachments between people. His entire writing career (which extends well beyond this collaboration, though Stardance reads, stylistically, very much like his solo work) is summed up in his often-repeated epigram “Shared pain is lessened; shared joy is enhanced.” The logline “spacegoing dancer meets aliens” sounds pulpy and silly, especially for anyone who’s seen any of the many awful book covers slapped on this novel over the years:

But Stardance is inherently a book about relatable human beings, and particularly about the clash between the mindset of artists who want to share their emotions with the world and the people who profit off of those emotions, or simply see them as weakness or foolishness.

It’s also simply an intelligent book about dance, bringing across clearly what it feels like to create, rehearse, and execute a performance, and the frustration of not having a platform for what feels like necessary work. Jeanne Robinson’s career experience comes through clearly in the details, but also in the sense of evocative expression and ambition about what the field could someday become, given the availability of zero-gravity space as a venue: Thousands of hard science-fiction books have been written about the military or commercial opportunities in of outer space, but this is one of the few with gentler creative concerns.

In writing about dance, Jeanne has complete freedom to dictate the audience’s reaction, to talk about what a given show communicates, and what’s awe-inspiring about it, instead of presenting a performance and hoping the her intentions come across. Again, Stardance proves “dancing about architecture” isn’t as useless as the saying implies: The book describes Shara’s dances in a primal, emotional way that would be a challenge for any filmmaker to bring across onscreen. Choreographing them and executing them in convincing CGI that would properly impress a film audience would be one of the prime difficulties in bringing Stardance to the screen. Unlike previous Movie This Book picks, this likely isn’t a novel that could be done on the cheap, the Robinsons’ efforts notwithstanding: It requires not just a talented and thoughtful choreographer, but a filmmaker who can do for dance what Amadeus did for music, and who can approach Cuarón’s level of innovation and dedication to craft. The story won’t work if the seams show.

But the visual opportunities are worth it. Stardance evokes in words, to inspiring effect, some of the same things Gravity evokes in images, to terrifying effect. Both stories take advantage of zero gravity’s three-dimensionality, the lack of “up” or “down” in weightless space. Both take advantage of the chilling fears suggested by an airless environment that can easily become lethal, and the fragility of human life. And both offer immense opportunities for new ways of spatial thinking in film, in a 360-degree field: Much of the point of Stardance’s zero-G performances is that they can be viewed from any angle, in ways that change the nature of dance itself.

The story is worth it as well. All this high-minded art stuff comes wrapped in an accessible package involving military combat, an alien threat, spies, bombs, political intrigue, and personal drama. It’s the kind of thoughtful science fiction that turns one technological upgrade into a revealing look at what’s going on with the human race: What’s wrong with how people live and interact with each other right now, and what the best possible future could be, and how important art is in getting us there. The book is openly about the next steps for the human race. It’s also a promising next step for cinema: a way to expand on Gravity’s technological and artistic accomplishments without just copycatting it, and a way to take advantage of the gains in CGI by producing something warmly, thrillingly human.