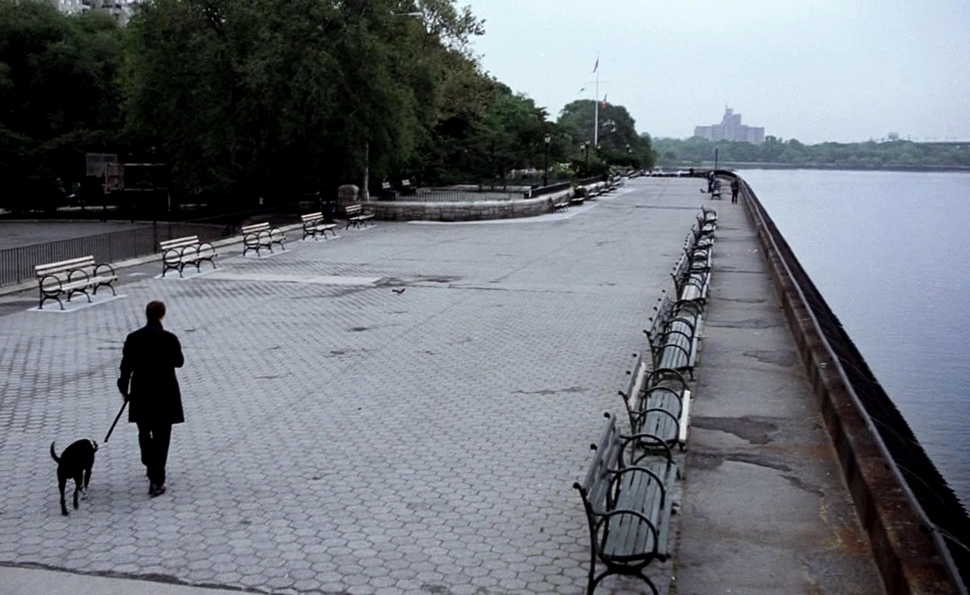 The ruins and reckoning of 25th Hour

It’s a fitting irony that two works of art strongly associated with September 11, 2001—Bruce Springsteen’s “My City Of Ruins” and Spike Lee’s 25th Hour—were conceived in 2000, then woven into the aftermath. Springsteen altered the lyrics to his song—which had originally referred to Asbury Park, New Jersey—but modified the phrasing for a performance at the America: A Tribute To Heroes benefit, where the lyrics “Rise up! Rise up!” turned into a clarion call; the track was later included on Springsteen’s 2002 album The Rising, which took 9/11 as its theme. Lee was in preproduction on 25th Hour, his devastating adaptation of David Benioff’s book, when 9/11 happened, and as one of the great New York filmmakers, he followed his instinct to include the disaster in a film that didn’t seem like it would accommodate it easily. Adding that particular spice to the dish threatened to overwhelm the film’s intimate tale of sin and regret, which largely stays within the narrow parameters of a convicted drug deader’s last night of freedom.

But “My City Of Ruins” would be just as good a title for Lee’s movie: No one’s story exists outside the context of where they live, and to some degree, 25th Hour associates the wreckage of Ground Zero with the devastation its protagonist’s choices have wrought in his own life. A more radical reading of 25th Hour would hold 9/11 as another consequence of bad choices, but at a minimum, Lee is doing the work of the documentarian he’s always been. As with Paul Thomas Anderson and the San Fernando Valley, or Steven Spielberg and suburbia, there’s a history of New York built into Lee’s films, even if they aren’t explicitly about their locale. To ignore 9/11 so soon after it happened would be a dereliction of duty for Lee, because there’s no way to account for life in that city without it; the way it happens to dovetail so beautifully with Benioff’s story makes the film that much more evocative and powerful.

As it happens, 9/11 references take up a much smaller portion of 25th Hour than it might seem: The bulk of it is relegated to the mournful opening-credits sequence, which assembles different views of the “Tribute In Light” art installation, set to Terence Blanchard’s score, before pulling back to reveal the ghostly spotlights where the Twin Towers once stood. Later, there’s a shot of the “Wanted: Dead Or Alive” tabloid cover with Osama bin Laden scotch-taped to a broker’s door, and a scene where two old friends peer down at Ground Zero from a high-rise apartment and argue over conflicting news reports of polluted air. (“The New York Times says the air is bad down here.” “Well, fuck the Times. I read the Post.”) Bin Laden and al-Qaeda are also folded into a bilious monologue that comprehensively disses every racial and class stereotype in the city—a callback to a famous montage in Lee’s Do The Right Thing. The aftermath of 9/11 is of fleeting, incidental concern to the day-in-the-life of 25th Hour, but the tenor of life has shifted unmistakably, which is true of New York and of the country. Even unseen, it’s a presence.

25th Hour starts with redemption before it gets to the sins. Before we know Monty Brogan (Edward Norton) is headed to prison on a seven-year sentence for drug dealing, he rescues a wounded dog left for dead at a roadside construction site. From there, the film follows the last day and (mostly) night before Monty turns himself in, which he’s intent on spending with the people closest to him: His girlfriend Naturelle (Rosario Dawson), whom some suspect of ratting him out to the authorities; his father James (Brian Cox), a retired firefighter and recovering alcoholic who raised Monty alone after his mother died; and his oldest friends Jacob (Philip Seymour Hoffman), an ineffectual English teacher with a crush on a 17-year-old student (Anna Paquin), and Frank (Barry Pepper), a Wall Street hotshot with a brash self-confidence that masks a more turbulent interior.

Monty and his buddies are the type of childhood friends who have grown into such completely different people that they’d never give each other the time of day if they met as adults. But there’s complicated history between them, and for Monty,  there’s the trust that’s eluded him in his time dealing with vicious Russian gangsters and a girlfriend who may be duplicitous. Beyond the tick-tick-tick of Monty’s final hours on the outside, the tension in 25th Hour comes from Monty testing the bonds of his relationships: Did Naturelle really betray him so coldly? Will Frank be willing to do him the “favor” of beating him up and “making him ugly” so he’ll look more street-tested to his fellow inmates? And will he actually report to prison, or kill himself, or take up his father’s offer to skip town and build a life somewhere else?

Lee has cited Martin Scorsese as a key influence, and 25th Hour may be the closest a Spike Lee Joint has come to being a Martin Scorsese Picture. The drama roils with Scorsese-like guilt and self-laceration: Monty regrets having messed up his life and the lives of others, like the homeless junkie who comes looking for a fix in the second scene, and appears later in flashback wearing a crisp business suit. Monty regrets not getting out a little earlier and handing his nest egg over to Frank for investment. His father feels the guilt of his alcohol addiction, and the debt that Monty’s business helped him alleviate. Jacob, the most morally square of the group, nonetheless can’t beat back the temptation of his provocative student. And Frank, if anything the most tortured of the three friends, can’t bear the thought of Monty going away, despite his cold prediction that they’ll never see him again. Throughout the course of the film, Lee and Benioff, who adapted his book to the screen, carefully take an inventory of the decisions that led Monty to this particular dead end in his life—the roads taken and untaken. When Monty’s dad teases the heartbreaking fantasy of him fleeing west and starting a whole new life, the theme is made literal: That’s one last road that’s open to him. It’s also another Scorsese reference: “The Last Temptation Of Monty.” 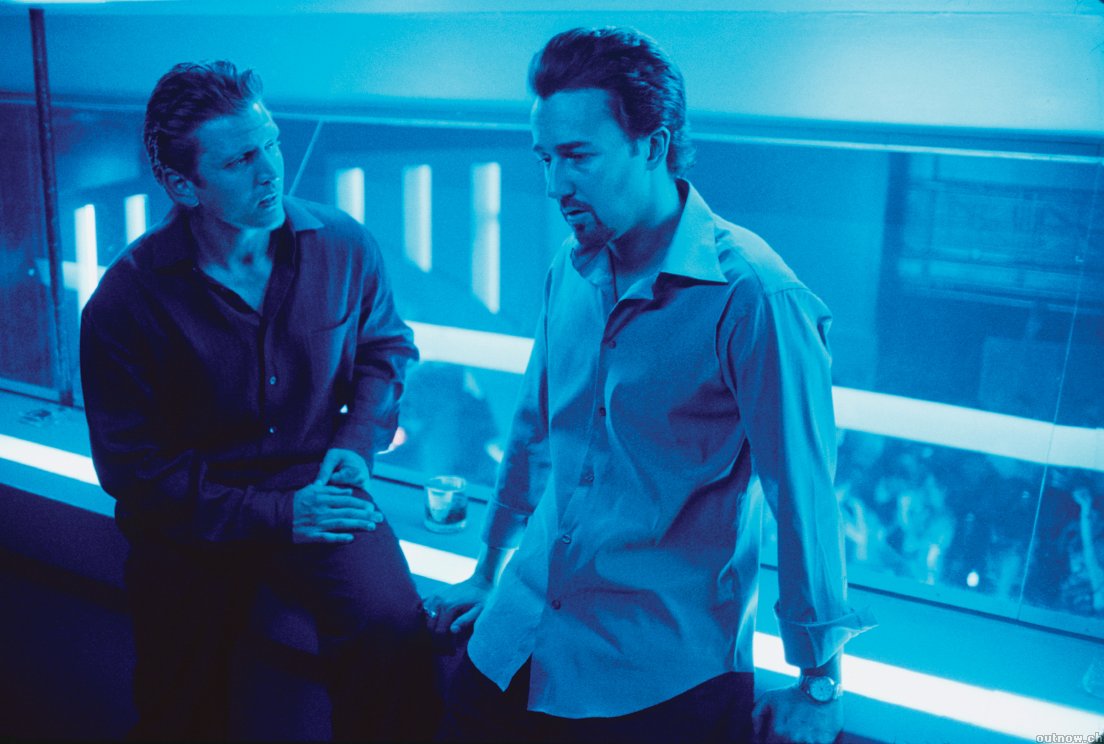 The Scorsese connection also helps explain the hidden motivation to Monty wanting Frank to “make him ugly,” which is a sticking point to some who believe it absurd that it will insulate him from abuse in prison. (Never mind the fact that Monty believes it, even if the realities of prison are entirely different than he assumes.) Just like Harvey Keitel holding his hand over votive candles in Mean Streets, feeling the lick of Hell’s flames, or Robert De Niro’s Jake La Motta pounding his fists against the cell wall in Raging Bull, Monty wants to get punished for his sins much more than he wants to prepare himself for what he imagines prison to be. And Frank wants to oblige, too, however painful it is to work out his resentment and disappointment on his friend. The characters in 25th Hour have troubled consciences: Monty has hurt people and he knows it, and his friends, father, and lover have all been hurt by him, and been quiet bystanders to a destructive business. They pay for it on this last day, a day of reckoning.

Which brings us all the way back to the beginning, to the dog Monty gives to Jacob, which gives 25th Hour its small measure of grace. Saving that dog, Monty confesses, is the best thing he ever did in life, because “every day he’s had since then is because of me.” And we realize at that moment how much devastation has been wrought by Monty’s decisions—and, by extension, the decisions that led to (and perhaps inspired) the Twin Towers falling. In the dog, Lee finds a little redemptive empathy, which ends 25th Hour on a hopeful note, along with a lovely montage that takes a gentler view of the same New Yorkers Monty rails against so viciously in his lowest moment. It may be too late for him—Frank’s prophecy that he’ll be out of their lives seems likely to come true, and he certainly won’t be returning to much after seven years. But he was always capable of better. Everyone is capable of better. And Lee allows that thought to linger when the dust finally settles.

Over in the Forum, Tasha and Mike tease further meaning out of the rescued dog, the 9/11 metaphor, and the “make me ugly” sequence, while digging into 25th Hour’s place in Lee’s filmography and debating whether its style is more reckless or focused on reconcilation. And on Thursday, Keith will look at other instances of the World Trade Center in film.