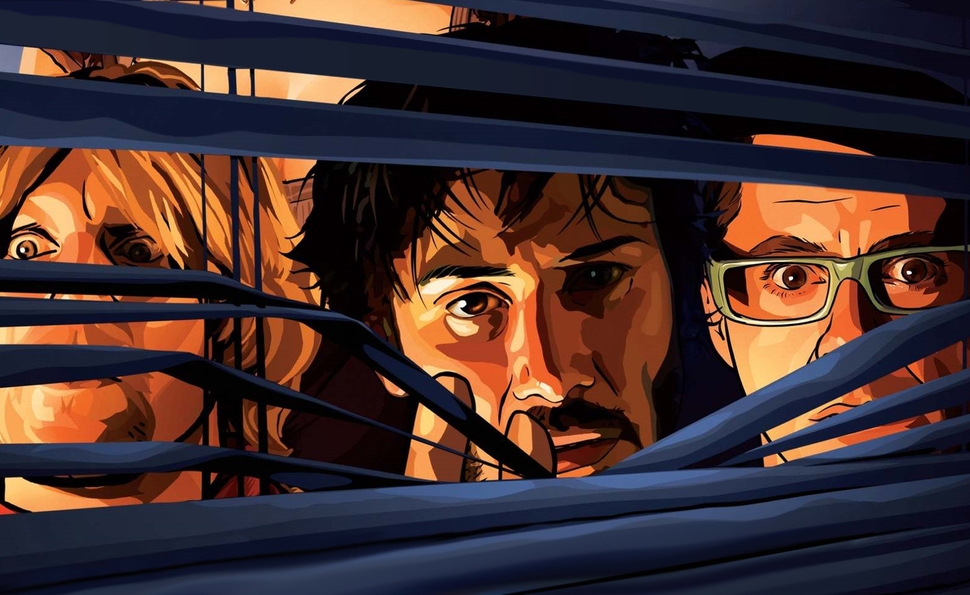 Nearly a century ago, animator Max Fleischer invented the rotoscoping technique, which involves animators tracing over live-action footage, frame by frame, for a more photo-realistic effect. (Though the photo-realism can be altered significantly. This is still animation, after all.) But the technique has taken on a different significance in the 21st century, serving as a natural bridge between hand-drawn and computer animation—tactile and homemade in one respect, digitally enhanced in another. When director Richard Linklater collaborated with animator and computer scientist Bob Sabiston for 2001’s Waking Life, the result was a formal revelation, giving its philosophical musings and eccentric asides both the scene-by-scene uniqueness of different animators on each scene, and a cohesive, shimmering, dreamlike quality in the grand design. When Linklater again commissioned Sabiston to work on A Scanner Darkly, an adaptation of Philip K. Dick’s novel, the look was more uniform and the image more stabilized, but the overall effect is similar. How better to express the sadness and paranoia of drug addicts than by transforming real people into another state of being, apart from their material selves?

Though Scanner Darkly is the only Dick adaptation that doesn’t depart radically from the text—films like Blade Runner, Total Recall, and Minority Report harvested the organs they needed and left the rest of the body behind—the film is part of a tradition of Linklater films about unsettled realities, centered on characters who reject the lives expected of them and enter a state of flux. That’s plain enough in the eccentrics who populate Slacker and Waking Life—whether philosophers or conspiracy theorists, artists or Madonna-pap-smear collectors. But it’s also present in Linklater’s alter-egos in Dazed And Confused, where a star quarterback (Jason London) stands willing to defy his teammates and coaches on principle, and in Before Sunrise and Before Sunset, where an American (Ethan Hawke) takes two great, impulsive, life-changing leaps to follow his heart. And it’s there in the unconventional teachers of School Of Rock, Bad News Bears, and the documentary Inning By Inning: A Portrait Of A Coach. It’s there in the restless youths of SubUrbia, Fast Food Nation, and Boyhood, who are either in an anxious holding pattern or evolving into the unique people they want to be. 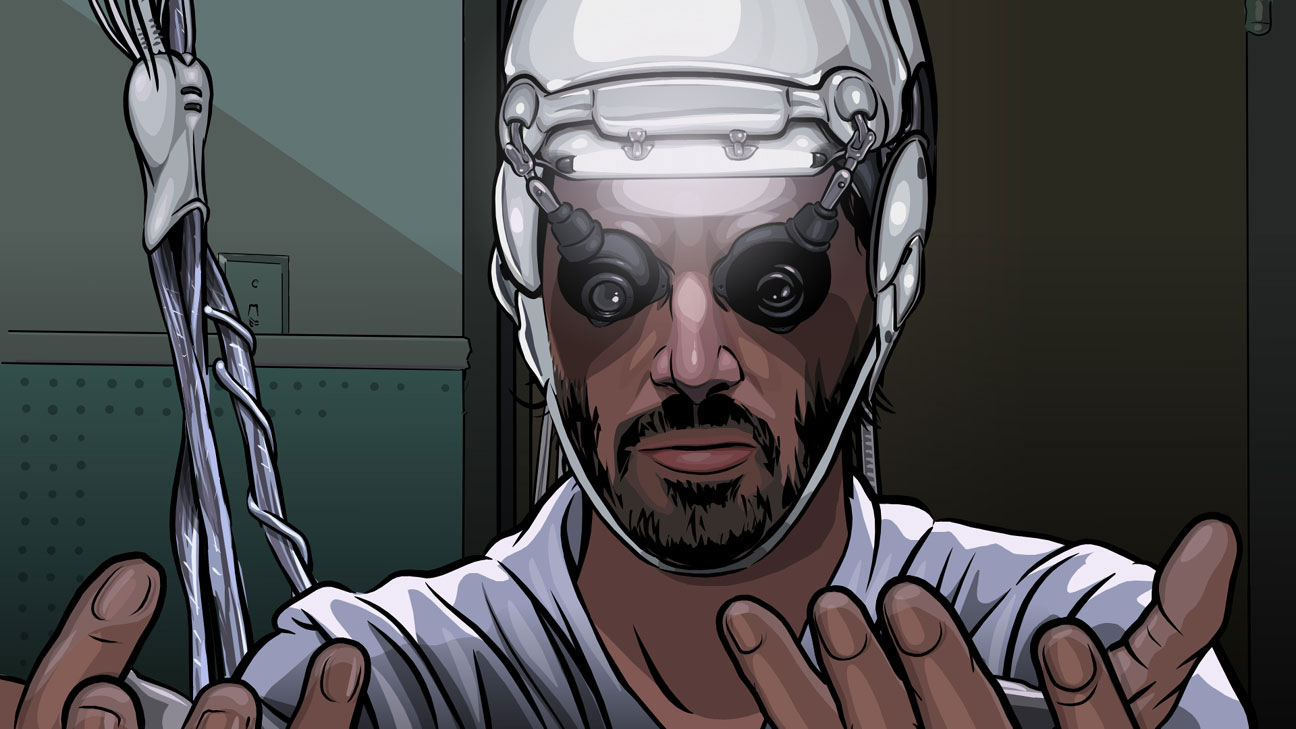 Into this gallery of outcasts and rebels, Linklater adds Bob Arctor (Keanu Reeves), an undercover detective assigned to find the source of Substance D, a designer drug that’s currently ravaging Orange County. “D is for death, slow death,” Arctor tells the members of the Brown Bear Lodge, though he’s already at a point where he doesn’t believe his own prepared remarks. While Substance D is a dangerous hallucinogen—in the opening sequence, Arctor’s drug buddy Charles Freck (Rory Cochrane) fights off the imaginary aphids crawling all over his body—Arctor’s faith in the war on drugs has long since been shaken. Arctor shares a home with Luckman (Woody Harrelson) and Barris (Robert Downey Jr.), and has a relationship with Donna (Winona Ryder), a cocaine fiend who supplies him with Substance D, fueling his own addiction. Arctor’s plan is to demand such high quantities of the stuff that Donna will have to lead him to her supplier, but he’s been in mission drift for a while, lost to the same paranoia that has consumed his friends. On the outside, Arctor goes by “Detective Fred” and obscures his identity behind a “scramble suit,” which Dick’s novel describes as a “superthin shroudlike membrane” that projects “a million and a half physiognomic fraction-representations of various people.” On the inside, Arctor both surveys and is himself surveilled, watched by the authorities who are, in turn, beholden to a corporate rehabilitation outfit called New Path.

The rotoscope animation of A Scanner Darkly will be instantly familiar to those who saw Linklater and Sabiston’s Waking Life, but the differences between the two are nonetheless radical. Waking Life operates like an anthology, pairing monologuists with animators in segments that emphasize their individual flourish; it wasn’t important for the look of one sequence to match the other, just as it wasn’t important for one big thought bubble to link up with another. Produced by a now-defunct major studio boutique, Warner Independent Pictures (a comic misnomer if there ever was one), A Scanner Darkly has the more uniform style of conventional animation, but there’s artistic purpose behind it, too. Fluidity is the chief goal here, a sense of identities, realities, and altered realities bleeding into each other to such an extent that they become indistinguishable. As a fellow agent says when jokingly introducing the scramble-suited “Detective Fred” to the Broad Bear Lodge, “Let’s hear it for the vague blur.”

There are three pieces of animation in Scanner Darkly that, to my mind, merge form and content better than any live-action movie ever could: 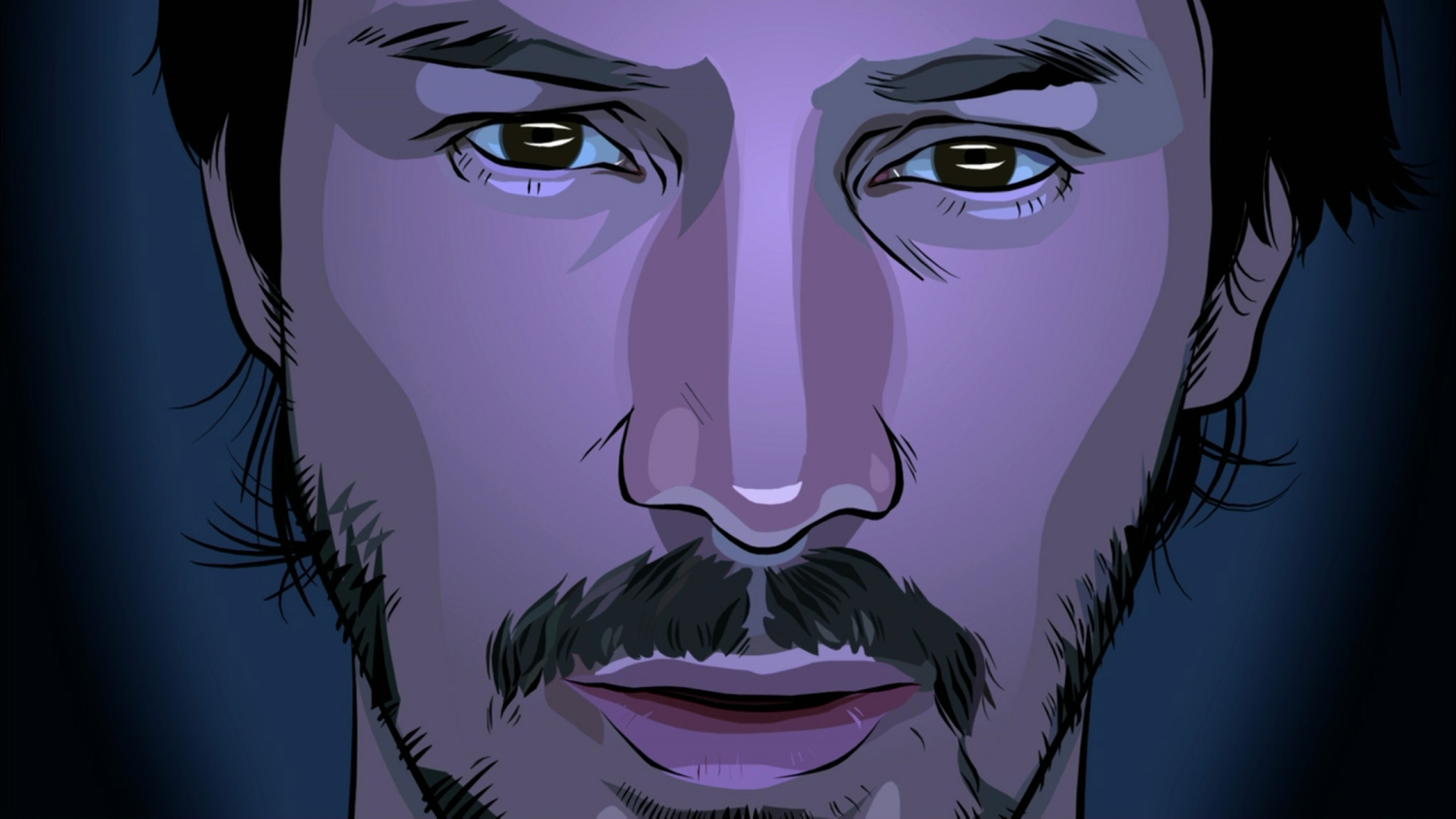 And that’s the Linklater moment, when A Scanner Darkly finds the place where its hero changed the trajectory of his life and lived with the consequences. Does Arctor regret his decision? To Linklater, that isn’t a relevant question, any more than it’s relevant to ask whether Ethan Hawke’s decision at the end of Before Sunset was the right one. It’s hard to take an unconventional path through life; after all, if it weren’t, it wouldn’t be unconventional. A Scanner Darkly has as sad an ending as any in Linklater’s filmography—driven home by an excerpt from Dick’s heartbreaking memoriam to his lost “comrades” at the end of the book—but there’s nobility to Arctor’s role as a seeker. The truth is awful, but his eyes are wide open.

The conversation continues in the Forum, where Keith Phipps and Tasha Robinson talk about Philip K. Dick’s obsession with what-is-real stories, why Linklater decided to make the film in animation, and where Scanner Darkly fits with Linklater’s filmography. And on Thursday, Scott interviews Bob Sabiston, whose groundbreaking software was used to rotoscope both Waking Life and Scanner Darkly, and gets his candid thoughts about being abruptly cut out of the project in post-production.