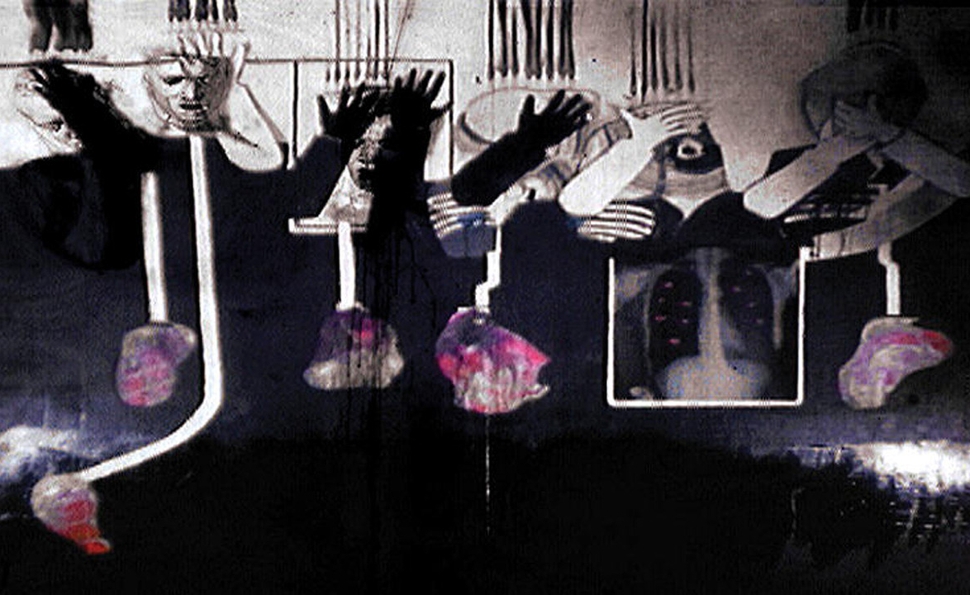 No masterpiece arrives completely out of nowhere. People like to point to Orson Welles as an example of someone who set the world on fire with his first film, but Welles had made his reputation as a creative genius, both in the theater and on the radio, before he exposed the first frame of Citizen Kane. Steven Spielberg spent years shooting 8mm movies in his backyard before breaking into the business. David Fincher, like many other directors who arrived in the 1990s, cut his teeth on music videos. (And the Alien franchise.) The details vary, but rest assured that a lot of gruntwork and experimentation has preceded anything capable of inspiring awe, whether or not the public ever sees the fruits of that labor.

All the same, it’s hard to imagine a film as singular as Eraserhead evolving from an artist’s discipline. It seems like something that just exploded onto the screen straight from David Lynch’s head. And while the world is definitely a better place because Lynch continued working, it’s an interesting thought experiment to imagine how Eraserhead would be perceived had he disappeared immediately afterward, never to be heard from again. As it is, he’s always been admirably closemouthed, revealing little about his creative process—no commentaries, evasive interviews—so fans have to glean what they can from the films themselves. In the case of Eraserhead, that means examining the five shorts that preceded it (four of which are included as supplements on the newly released Criterion edition) for clues about how his mind works.

Lynch’s earliest surviving work, “Six Men Getting Sick” (1966), serves as a reminder that he started out not as a filmmaker, but as a painter. Arguably, this isn’t really a film so much as an installation: Just one minute long, it was originally projected in a continuous loop onto a “sculpted screen,” whatever that may be. (All that springs to mind is the way some faces in Disneyland’s Haunted Mansion are projected onto blank busts—apparently there were plaster casts involved in this project.) Combining painting with stop-motion animation, the hilariously grotesque sequence first depicts the titular six men as disembodied heads/shoulders hovering over equally disembodied stomachs. The stomachs develop spirals indicating nausea (strengthened by the sound of a siren on the soundtrack); hands suddenly appear pressed to faces in agony; and then colorful rivers of vomit flow from their mouths to engulf the entire frame. It’s more visually sophisticated than it probably sounds, and reveals a fixation on the human body’s failings that later mutated into depictions of outright deformity like the Eraserhead baby and the Elephant Man. Nobody who saw this piece at the Pennsylvania Academy Of The Fine Arts (where it won first prize in an experimental painting and sculpture contest) thought, “Say, this guy might very well be the next Mike Nichols!”

For some reason, Lynch and/or Criterion opted not to include his second short, “Absurd Encounter With Fear” (1967), on the Eraserhead disc. (It’s also missing from the David Lynch filmography page on Wikipedia, which otherwise seems pretty comprehensive. Lynch included it in a previous box set, though, so he hasn’t disowned it entirely.) Frankly, there’s not much worthwhile about this two-minute curio, in which a man with bluish skin walks across a field to a seated woman, stands over her, opens his fly, and pulls out a bunch of flowers in lieu of his penis. The initial shot of the guy lurching toward the camera on a sunny day resembles the initial attack in Night Of The Living Dead, which was being made around the same time, and the short’s title nicely encapsulates Lynch’s worldview, but that’s about all that’s worth noting, really. Odds are it was omitted from the Criterion release because Lynch knows it’s not very good. 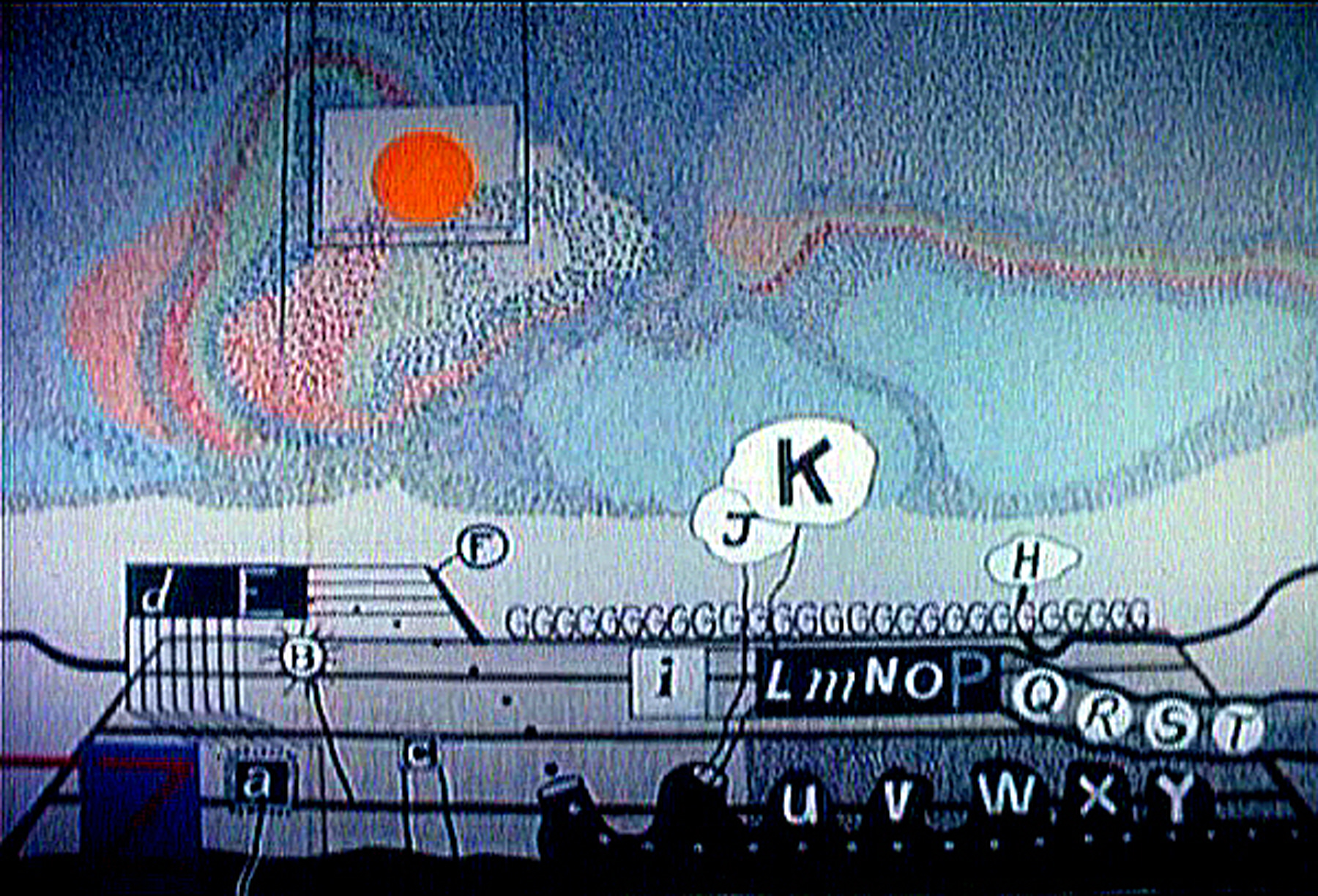 “The Alphabet” (1968) was the short that first got Lynch some real attention in the filmmaking world. Inspired by a niece’s nightmare, it runs about four minutes, split between animation and live action, though even the live-action material is mostly stop-motion. After a brief prologue showing a woman lying in bed as children’s voices chant “A-B-C,” the first section gradually creates a picture combining the letters of the alphabet with abstract shapes—a cloudlike formation in the top half of the frame, grids and shapes in the bottom half—all while an opera singer performs vocal warm-up exercises. That’s mostly just cute, but it leads to the first sound/image combo that’s recognizably Lynchian: a Cubist cut-out woman (still animated) having letters tossed into her open skull while a baby cries incessantly (see: Eraserhead baby), at least until the crying turns into a sort of siren-like, inhuman wail. A final section returns to the woman in bed. She looks Japanese-ghost creepy. She recites the alphabet, with the letters appearing beside her, in 26 separate shots, moving to a new location and adopting a new position with each cut. As with many of Lynch’s subsequent works, clarity of meaning isn’t a priority here, but it doesn’t much matter—“The Alphabet” achieves the sense of dread it’s shooting for, which seems to be primarily inspired by a fear of imposed order. This fear also turned up in Eraserhead, in which Henry doesn’t seem remotely cut out for the societally approved roles (husband, father) he’s reluctantly taken on.

Around this time, Lynch applied for a grant from the American Film Institute, which had been created just a few years earlier, and—incredibly, considering how hidebound anything called an institute tends to be—was given enough money to make “The Grandmother” (1970), a 34-minute dry run for Eraserhead. Anybody familiar with Lynch’s work could likely name its director within two or three minutes, though it’s possible that some people would guess Jan Švankmajer, from what was then Czechoslovakia, who had been making semi-animated shorts for several years at that time, and could conceivably have been an influence. (It’s hard to determine whether Švankmajer’s work had traveled to America that early.) It would be an easy mistake to make, as the film features virtually no dialogue; its only spoken word, barked by a mother and father at their young son, is a harsh single syllable beginning with “M,” which alternately sounds a bit like “Mark,” “Mike,” and “mutt.” It’s an angry equivalent of the muted-trombone parental voices in the Peanuts animated specials.

Like Eraserhead, “The Grandmother” employs surrealism to evoke a commonplace situation and emotion. The boy (Richard White) receives endless abuse from his father (Robert Chadwick) for wetting the bed—visualized here as a bright yellow stain that looks more like paint than urine; the film is predominantly monochromatic, so yellow really stands out—and is smothered in pseudo-affection by his mom (Virginia Maitland), who at other times ignores or ridicules him. Finding a bag of seeds in what appears to be the attic (sets are so deliberately abstract that it’s hard to tell), he rejects everything that seems seedlike, then plants a fist-sized rock on the room’s bed, covering it with a huge mound of dirt and watering it. The plantlike thing that emerges, which initially takes a shape similar to that of the Eraserhead baby, grows larger and larger until it eventually births the titular grandmother (Dorothy McGinnis), who loves the boy unconditionally. All is bliss for a short while, but trouble soon befalls this idyll, in a Lynchian sort of way that makes it nearly impossible to work out the nature of said trouble. 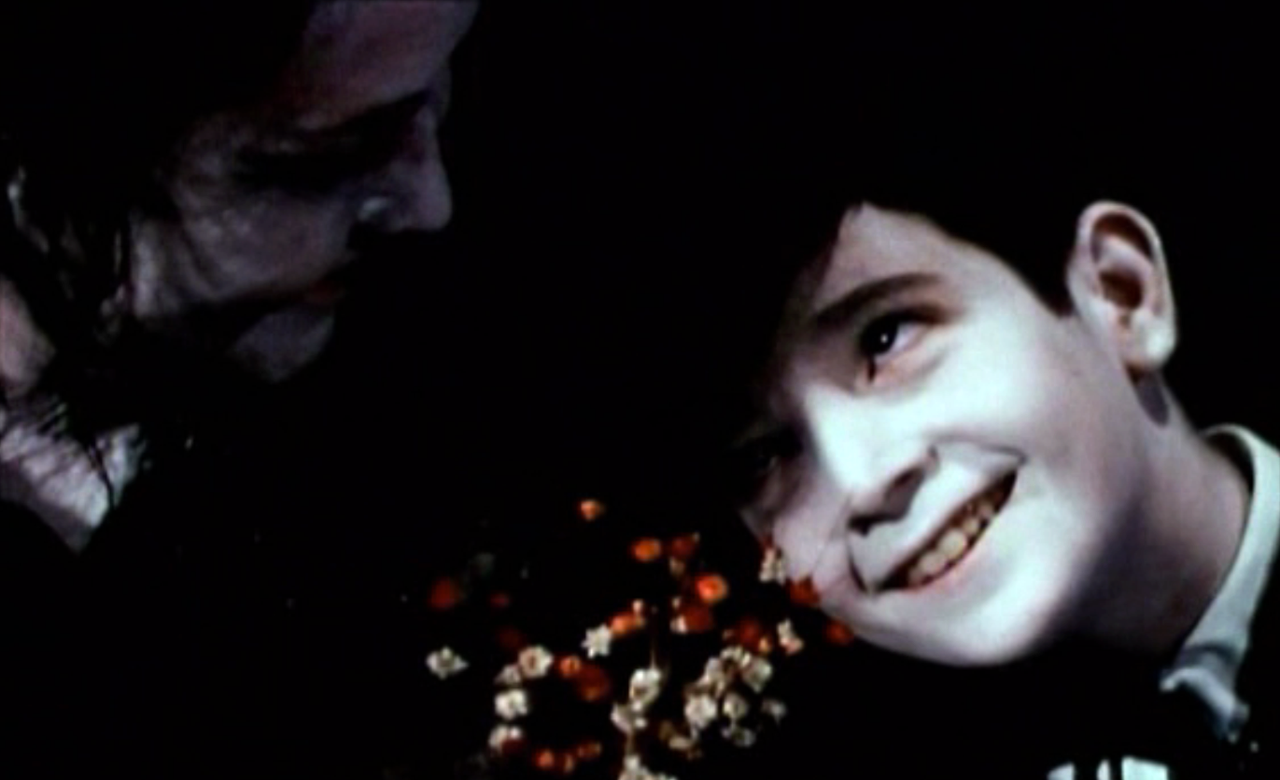 “The Grandmother” includes some crude cut-out animation that resembles what Terry Gilliam was doing on Monty Python’s Flying Circus. (The series was early in its initial run at the time, though it’s highly unlikely that Lynch would have seen it.) But most of the film seems to exist in a no-man’s-land between animation and live-action, with characters who behave like puppets and sets that look like sketches. In Eraserhead, Lynch miraculously achieved a similar effect shooting in real locations, which makes this short seem all the more like a transitional form—the director’s Archaeopteryx. Crucially, “The Grandmother” was the first project on which Lynch worked with sound designer Alan Splet, and while its soundtrack isn’t as nerve-shredding as Eraserhead’s, the same sort of industrial thrumming and hissing can be heard throughout. Everything Eraserhead would become is present here in embryonic form, even though it’s Eraserhead’s baby that literally resembles an embryo of some non-primate species.

Ironically, that isn’t at all true of the last short, or pair of shorts, Lynch made before Eraserhead’s release. About a year into that film’s on-and-off shooting (which lasted for several years), the director of photography, Frederick Elmes, was asked to shoot a test for two varieties of black-and-white video stock. Since the content of the tests didn’t matter, Lynch persuaded Elmes to let him write something they could shoot, which became two separate versions of “The Amputee” (1974). In both, Catherine “The Log Lady” Coulson writes a letter, heard in voiceover, while a nurse (played by Lynch in drag!) tends to one of the two stumps that are all that’s left of her legs. Both versions look equally crappy, and they’re nearly identical, though the shorter of the two (one runs five minutes, the other four) veers a bit more into black comedy when blood from the stump shoots up so high that it splashes all over Coulson’s notepad. What makes these tests interesting is that they’re predicated on the disjunction between the disquieting sight of this woman’s amputated legs and the thoroughly banal content of the letter she’s writing. Wrapped up in some kind of pathetic, dysfunctional love triangle, she seems oblivious to the nurse snipping sutures, and takes no notice when, at the end of both versions, all medical hell breaks loose. It’s an overtly comedic approach that Lynch immediately abandoned when Eraserhead became a midnight sensation. He didn’t return to it until Twin Peaks. (There are moments of comedy in Blue Velvet and Wild At Heart, but the tone is distinctly different; this is the sort of mundane deadpan that defined Agent Cooper.)

Lynch has continued making short films throughout his career. “Premonition Following An Evil Deed” (1995), which is also included on Criterion’s Eraserhead disc (and was originally part of the omnibus feature Lumière And Company), is perhaps the most nightmarishly disturbing single minute of film ever captured (somehow) in a single take. “Rabbits” (2002) wound up being incorporated into Inland Empire. His most recent item on the IMDB is an eight-minute documentary about lithography. It’s always a filmmaker’s earliest work, though, that’s most fascinating when viewed with the benefit of hindsight. It’s very much like looking at your parents’ baby pictures, trying to create a mental throughline from that image to what you know. In Lynch’s case, all lines lead toward Eraserhead, except for the one—created while he was actually making Eraserhead—that leads to his alternate career on TV. Both paths are laid out. Not neatly, but clearly.

This concludes our Movie Of The Week look at David Lynch’s Eraserhead. Don’t miss Scott Tobias’ Keynote on the film’s channeling of specific anxieties, and Keith Phipps and Tasha Robinson’s Forum conversation about whether its images should be unpacked or appreciated on their own merits, and how Lynch sustained a single mood over a torturous five-year process. Next week, we wrap up indie horror month by looking at The Blair Witch Project. Please join us in the corner as we decide whether we’re more scared to close our eyes, or open them.