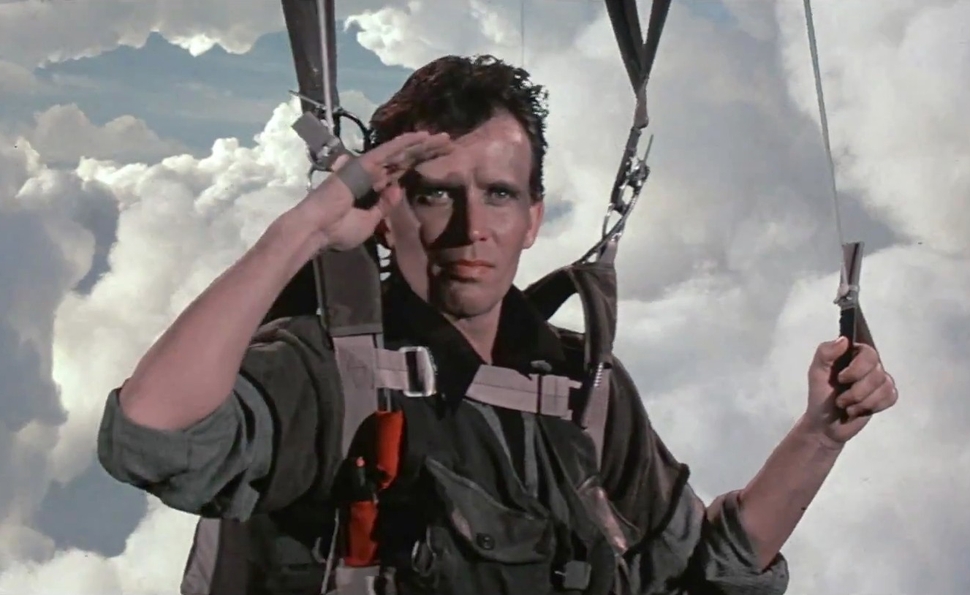 The Adventures Of Buckaroo Banzai Across The 8th Dimension demands viewers play a constant game of catch-up, particularly those seeing it for the first time. In fact, some gags seemed designed not to pay off the first time around. In the thick of the action, New Jersey (Jeff Goldblum) and Reno Nevada (Pepe Sema)—two members of Buckaroo’s motley crew of a crime-fighting superteam/crowd-pleasing rock band, The Hong Kong Cavaliers—pass through a room filled with machines and also a single watermelon. “Why is there a watermelon there?” New Jersey asks. Reno replies, “I’ll tell you later.” But he doesn’t, at least not onscreen. First-time viewers won’t fully get the watermelon joke, the punchline being that there is no punchline. No matter how many times viewers watch Buckaroo Banzai, they’ll never find out why that watermelon is there.

They will, however, get drawn a little deeper into the film’s world. One of the great pleasures of any film cult is the feeling of being initiated into secret knowledge that isn’t for mainstream consumption. For a fan of Buckaroo Banzai, finding someone who can trade in-jokes, quotes, and references—in 1984 or in 2013—means finding someone who likely shares a sensibility and a way of looking at the world, at least as far as the ability to smile knowingly at the word “monkey-boy” suggests such a thing. Being a fan of a cult movie means believing it suggests a lot, that the experience of watching (and endlessly re-watching) a favorite movie offers insights beyond those of ordinary movie-watching experiences. It probably isn’t a coincidence that so many cult films concern themselves with secret histories and hidden knowledge.

In Buckaroo Banzai, for instance, viewers learn that the people who took Orson Welles’ Halloween radio dramatization of H.G. Wells’ War Of The Worlds for reports of an actual alien invasion had the right idea all along. The aliens have walked among us ever since, invisible to those who didn’t know to look, but seen by intrepid non-conformists like Buckaroo and his pals. In Repo Man, Otto (Emilio Estevez) gets initiated into the secret world of repo men, who have their own code and way of looking at the world. But this is just his first initiation into a hidden world beneath the surface of the Los Angeles he thought he knew. In John Carpenter’s They Live, Nada (Roddy Piper) finds sunglasses that reveal a conspiracy of aliens who subliminally suggest citizens consume and conform to keep the engines of business running—and to deplete Earth of its resources in the aliens’ self-interest. It’s the ultimate haves-vs.-have-nots scenario from the heart of an era when the divide between the rich and the poor started to widen into a gulf. And it’s there for everyone to see, but only if they learn how to look.

Films that attract cults often encourage a skepticism about the official story and the usual ways of seeing the world. That’s true throughout film history, from Sunset Blvd., with its peek into the rotten heart of the film industry, to Scott Pilgrim Vs. The World, which invites viewers to see the universe through the filter of videogame logic and ponder how little difference that filter makes. That’s particularly true of films attempting to comment on the times around them, and larger themes, but sometimes that element is incidental. The exploration of a secret world on the fringes of town is central to Blue Velvet, Female Trouble, and The Big Lebowski, films that easily lend themselves to political and sociological readings. But it’s also central to The Goonies, which does not. All these films sound similar notes of intrigue and discovery that contribute to their appeal, suggesting the world has more to offer than what we see on its surface.

It’s a self-perpetuating cycle. Cult films suggest that viewers should question the world they’ve been handed. Similarly, a taste for cult films requires viewers look to the fringes for fare more demanding than what’s offered in the mainstream. In the 1970s, that meant staying up and traveling downtown for midnight movies, from Rocky Horror Picture Show—an encouragement to look and live outside the mainstream if ever there was one—to Night Of The Living Dead, which alchemized the era’s chaos into an apocalyptic vision—then going home bleary-eyed and with a fresh perspective. In the present day, it usually means learning about a film online and either watching it instantly, or adding it to a queue. It means confirming rumors of the greatness of Brick or Primer that drifted online following those film’s theatrical runs. In between, in the era of Buckaroo Banzai, cults were made on videotape.

I missed Buckaroo Banzai in the theaters and somehow never caught up with it until its DVD release about a decade ago, but that was rare for cult films of its day, which I actively sought out. I bring up my own experience not because it’s extraordinary, but because I suspect it was typical. When left alone with my own best judgment to rent what I wanted to rent as a junior high-schooler, I was drawn to the far reaches of the video-store shelves because I wanted to experience some of the odder films I’d read about over the years, such as Night Of The Living Dead and Plan 9 From Outer Space. It became a habit that stuck as I developed a taste for novelty, one I shared with a handful of friends. Serving that taste was a hip (for suburban Ohio) store with a shelf dedicated to cult movies, allowing us to work our way through the old cult canon: Eraserhead, Evil Dead, The Warriors, and so on. The habit deepened in two respects: From there, we began seeking harder stuff the store didn’t carry—Pink Flamingos, Fritz The Cat, Caligula—but we also looked for oddity in the films of the day, watching and re-watching movies like Pee-wee’s Big Adventure and Heathers. 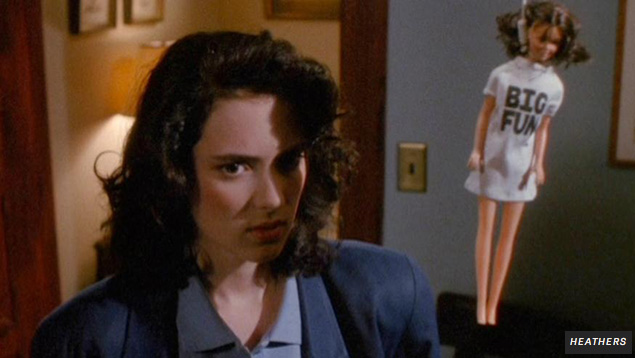 As easy as it is to get nostalgic for the era of midnight movies, and as impressive as it is that a film can find a cult instantaneously in the digital age, that VHS moment feels especially subversive to me. Maybe I’m just being nostalgic, but the idea of going to a store and walking past many tapes of Pretty Woman to find the sole copy of The Lair Of The White Worm and then watch it with a couple of like-minded friends in a darkened basement still defines the cult-film experience for me. Here were movies by weirdos, for weirdos, and about weirdos hiding in plain sight in a public place. All it took was the ability to look a little further, to peer beyond the blinding wall of new releases and recent hits and find a secret world of curiosities that, more often than not, reinforced the importance of looking beyond the obvious.

How many darkened basements did it take to keep Buckaroo Banzai alive? I don’t have an answer for that, but it seems fitting that a movie about secret knowledge would itself become a piece of secret knowledge, passed from fan to fan one tape at a time, bringing oddness as inexplicable as that watermelon into otherwise mundane surroundings—while suggesting that even those surroundings weren’t quite what they seemed, for those who cared to notice. And beyond a rejection of received taste, that’s the other habit cult fandom encourages: a healthy skepticism of received wisdom. Maybe there’s no They Live-like alien conspiracy forcing us to consume and conform, but the question of why we do consume and conform, and who that serves, is worth considering. Maybe the trailer parks aren’t filled with inspired criminals overturning any sense of propriety by embracing the title of “filthiest person alive,” but the filmed transgressions of Pink Flamingos serve the same agenda. Seeing its infamous moments, or sympathizing with the outsider heroes of Harold And Maude, or plunging into the underworld of The Forbidden Zone, is a step toward looking at the world differently. We Buckaroo Banzai viewers are all Hong Kong Cavaliers now.

Our Movie Of The Week discussion concludes here. Don’t miss Monday’s Keynote on Buckaroo Banzai’s quintessential quotability, and Tuesday’s staff forum on its pop-cultural fixation, inscrutable mythology, and more. Next week, we’ll be discussing Thom Anderson’s feature-length video essay on L.A.’s cinematic history, Los Angeles Plays Itself. (The film hasn’t been officially released, but can be viewed in full on YouTube.)