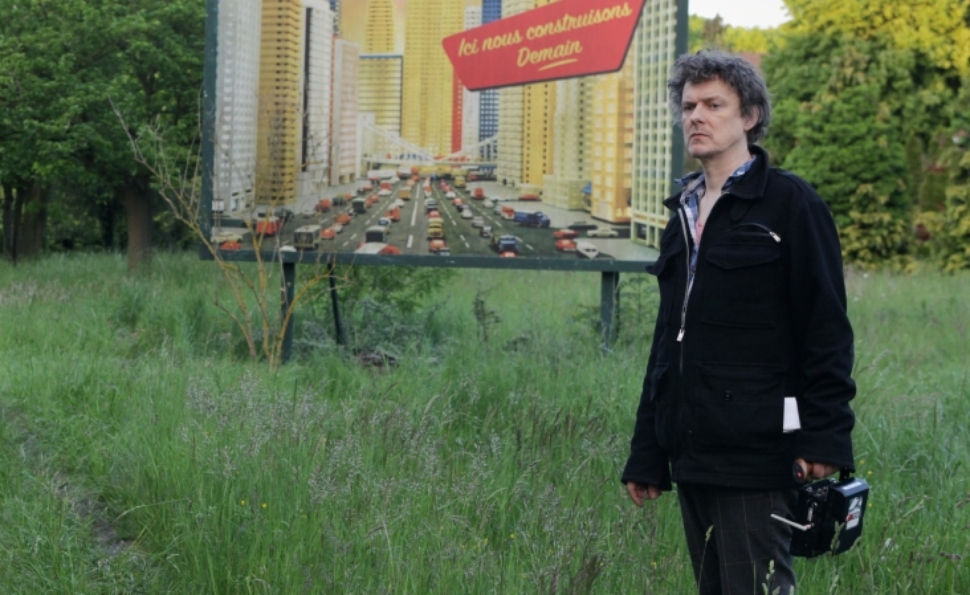 Michel Gondry, on filming his dreams while avoiding other people’s

There was a time when some of the harshest criticism a critic could sling at a movie was that it looked and felt like a music video. But now, many of the most revered and creative working filmmakers are music-video veterans like Spike Jonze and Michel Gondry, who both developed meticulous yet seemingly carefree aesthetics in their music videos, then brought the same sensibility to their feature-film work.

Gondry made his directorial debut with the Charlie Kaufman-written, Spike Jonze-produced comedy Human Nature. He directed another Kaufman screenplay in 2004: Eternal Sunshine Of The Spotless Mind, a dazzling science-fiction romantic drama widely considered one of the greatest films of its decade. Since then, his filmography has been aggressively eclectic. It includes everything from an animated documentary about his conversations with linguist Noam Chomsky (Is The Man Who Is Tall Happy?), a delightful concert film (Dave Chappelle’s Block Party), the underrated cult fantasy Be Kind Rewind, a surprisingly impersonal superhero movie co-written by and starring Seth Rogen (The Green Hornet) and small, personal films like The Science Of Sleep and The We And The I. Gondry’s most recent film, Mood Indigo, is another deeply personal fantasy, this time an adaptation of Boris Vian’s surrealistic novel Froth On The Daydream, about the tragic romance between carefree son of privilege Colin (Romain Duris) and the doomed Chloe (Audrey Tatou). Gondry recently talked to The Dissolve about the differences between the American version of the film and the much longer French cut, the rules of fantasy, and why he stopped offering to paint people’s portraits for $20.

The Dissolve: How did Mood Indigo come about?

Michel Gondry: This book was very interesting to me when I was young, when I was a teenager. It inspired me to be more open in my artistic vision. Then about five years ago, I was asked if I would be interested in doing an adaptation, and it seemed very logical and organic for me to do it. It was challenging, because everybody in France has read the book. They have their own ideas about it, and I have my personal idea on how it should look. I fought to make it as personal as I could.

The Dissolve: What about the novel in particular did you find so inspirational?

Gondry: It’s a very pure love story that ends suddenly, that takes place in this universe where everything is completely made from scratch, anything is possible. Everything comes to life and takes on a new form. That’s something I really responded to. When the space is shrinking smaller and smaller, it reminds me of when I go back to the houses and the landscapes I remember exploring when I was a kid, and everything seems much, much smaller than it was. Through memories and through the way that my body changed, you see that expressed physically in the story. It was exciting, because people don’t talk about that in stories or movies. In this world where objects become animals and there is no clear-cut divide between humans, animals and objects, it was very exciting to me. 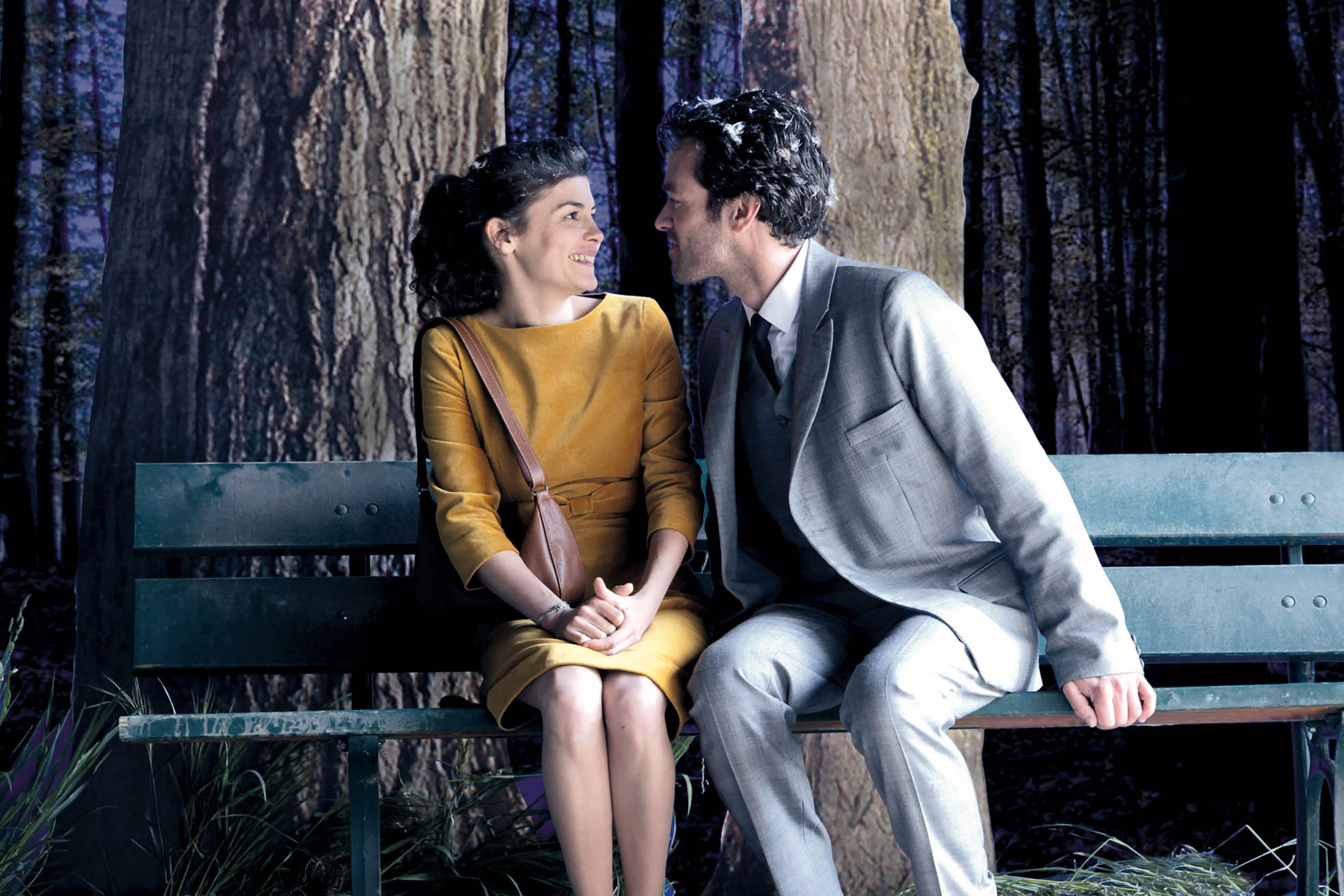 The Dissolve: It’s reminiscent of your early music videos. Did you tap into your early career lessons, with the idea that it’s such an open story, you can use it to create something of your own devising?

Gondry: Yeah, but I think it was particularly influenced by the videos I did with Björk, where she let me use all my creativity. [Björk and Gondry’s early collaborations include “Human Behavior,” “Army Of Me,” “Bachelorette,” and “Hyperballad.” —ed.]

So later, when I was asked to direct a picture, I thought I could use what comes naturally, my imagination, and it would fit the universe, because it was coming from the same place, in a way.

The Dissolve: The original novel has been adapted several times. Have you seen those other adaptations?

The Dissolve: The film isn’t a musical, but it has a lot of musical qualities, and a musical sensibility.

Gondry: The score was composed by my friend Étienne Charry, who composed the score for a movie I did in Tokyo. He was in the band we had together in the 1980s and 1990s. What nobody really knows is that Paul McCartney came and played the bass on some of the score. That was a very nice experience. Nobody really mentioned it. It was a very discreet experience. He came one afternoon to the studio in New York in May with his bass and laid down his track for the soundtrack.

The Dissolve: Can you see yourself making a proper, full-on musical at any point in the future?

Gondry: I’d like to do that, but it seems like all of the musicals that get made feel like period musicals, they belong to the past, so I’m not interested in doing that. Except for the one Lars von Trier did, Dancer In The Dark. That one took place in the past, but the action, the texture of it was very modern, so I’d be interested to do a musical in this way. But not like the musicals that are being made now.

The Dissolve: You’d have to find a way to make it modern.

Gondry: Maybe I could do it, but they don’t fit into what I imagine. I think to do a musical, you need money for the choreography, for the sets, for dancers. But I’ve been thinking of it. 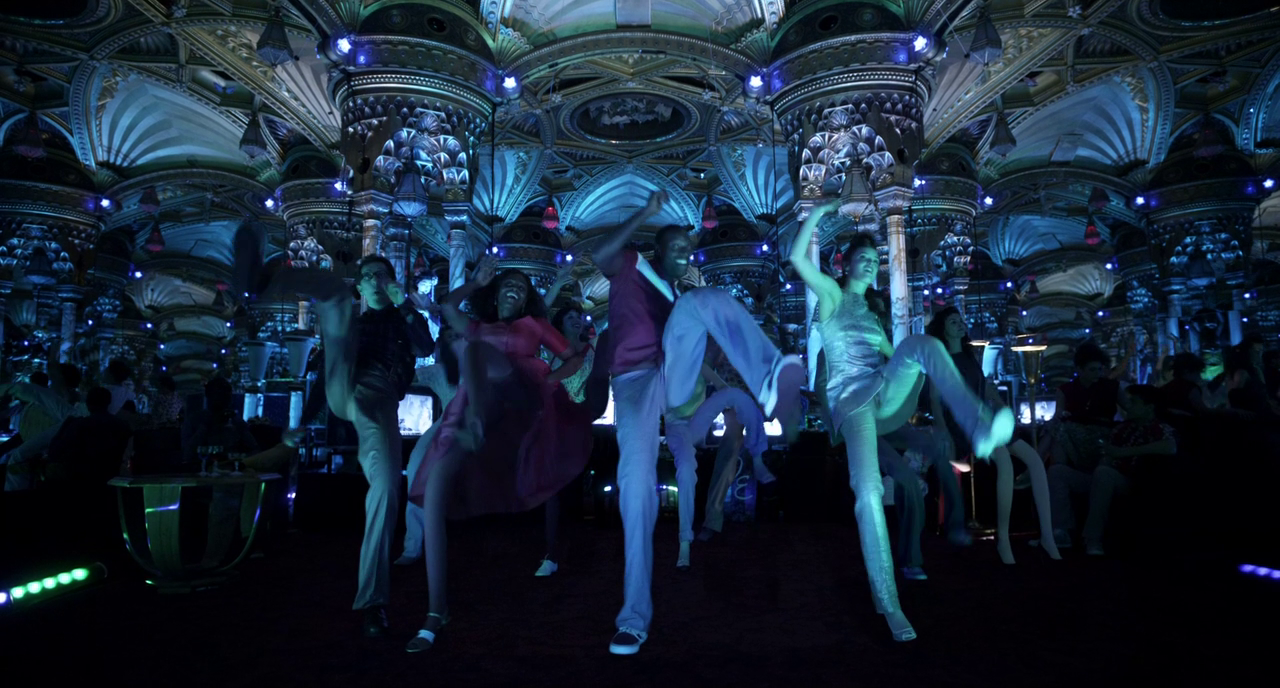 The Dissolve: The European cut of this film was much longer. What are the differences between it and the American version? Will they both be available on home video eventually?

Gondry: Yeah, I think so. The French version is a little darker, and of course it’s longer, it’s closer to the book. For the American version, we took more liberties and focused more on the main story, and less on the secondary characters. That’s the main difference.

The Dissolve: The European version was more digressive?

Gondry: Right, you see even more of the world. You see the police. There’s more detail to the execution, and the furor is heavier. You see Colin making the coffin for Chloé, and you see her legs when she’s dead. It’s a little darker.

The Dissolve: What’s it like working on a novel that’s so personal and inspiring to you, as opposed to a commercial project like The Green Hornet?

Gondry: Well, it’s more fulfilling for me to do a personal movie. I don’t mind doing movies like The Green Hornet. It’s just that the superhero world has a lot of codes and rules that I don’t really care for. So I’m not really willing to do another one like that. But I’d like to do maybe an action movie. I want to do another romantic comedy, but maybe with a more crazy type of movie, like Umbrellas Of Cherbourg, which is really smart, and at the same time really touching. I’m hoping to find something like that, but there aren’t many scripts around. I don’t think there are so many writers, apart from Charlie Kaufman and Daniel Clowes, who did Ghost World, that I really like. It’s hard for me to find a screenplay I like.

The Dissolve: Are you always working on writing new projects yourself?

Gondry: Yeah. I’m actually gonna shoot in two weeks on a story and a screenplay I wrote myself. It’s in French.

The Dissolve: What’s it about?

Gondry: It’s about two teenagers. One is like a Nazi, and the other is more like an engineer. They conceive a crazy car that looks like a house to travel across France. They have a lot of absurd adventures, and they come back to their own town having changed a little bit.

The Dissolve: A few years back, you volunteered to paint people’s portraits for $20. How did that come about? What do you plan on doing with all the images you created?

Gondry: I scanned them and I put them in a book, they printed two or three thousand. It’s called “One Thousand Portraits.” When I was doing autographs for my comic book, I would draw a sketch of the person asking for my signature. I thought “Okay, if I spend three minutes on each portrait and I get $20, that’s a good deal.” So I thought I would extend that offer to the public. It turned from three minutes into half an hour, because I couldn’t stop making them more colorful and detailed. It was not good business, but it was a nice, entertaining job.

The Dissolve: Many fantastical movies introduce the rules of a world before taking liberties. You don’t do that—you throw audiences into this crazy world where anything can happen. Were you concerned that viewers would be confused, or get lost?

Gondry: I think in the American version, I used the codes from Vian’s book, where he says everything was real because he dreamt it, or because he imagined it. I think that’s a statement we start the story with. There is this world where everything grows, you can break anything, everything is excessive, everything is organic, so you just accept it. I think that’s the interest of this book—you’re drawn into somewhere different, but you don’t fight it. It’s just like that. You don’t have to say that the film takes place in the future, or in this part of this galaxy, for everything to make sense.

The Dissolve: When does this film take place? It seems like it could happen at any time.

Gondry: It was written in the late 1940s, but it takes place between the future and the past. There is not a real period. I didn’t want to have everything recreated from when they walk outside in Paris. The cars, if you saw a new red car in background, I didn’t mind that.

The Dissolve: What was the most satisfying part of making this movie?

Gondry: The part where Chloe suffered and realized she would not be getting better. Even though it was so sad, it was touching. It breaks my heart when I see this part. Even though it’s sad, it makes it all worth it.