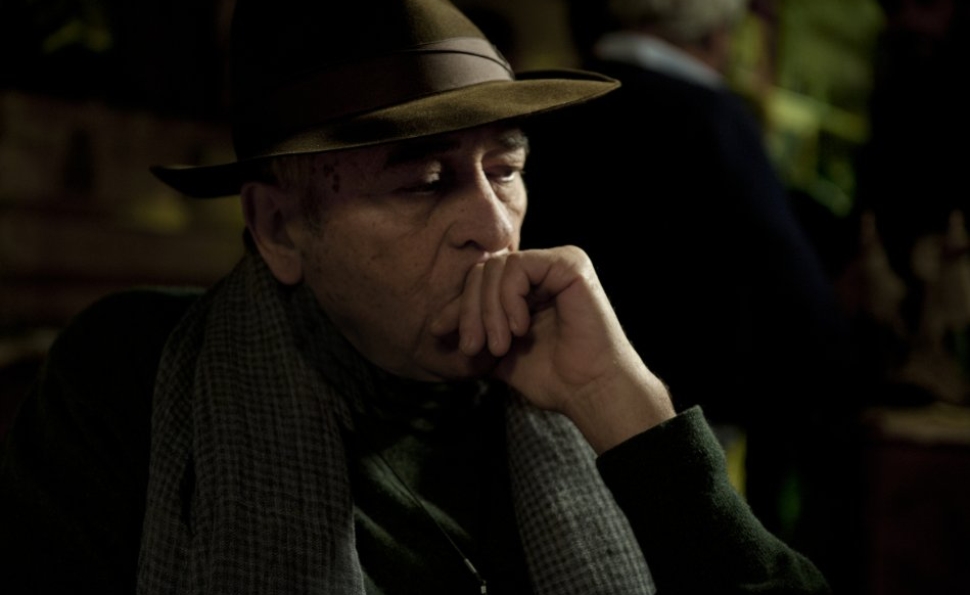 After suffering a back injury that has confined him to a wheelchair for most of the past decade, Bernardo Bertolucci thought he might never make another film. Fortunately, he was wrong. Me And You is, appropriately, a story about confinement: A teenage boy (Jacopo Olmo Antinori) tells his mother he’s going on a field trip, but instead sets up camp in the basement storage room of their apartment building, the better to be utterly alone. His solitude is ruptured when his half-sister (Tea Falco) comes down to rummage through some old boxes, and decides his underground hideaway will be the perfect place for her to kick her drug habit. Bertolucci, as he explained on the phone from his office in Rome, originally thought about shooting the film in digital 3-D, over concerns that the simple surroundings might bore his audience. Instead, he opted for celluloid, and the results are anything but boring. Few directors have more artfully explored the hothouse psychology of an enclosed space, and though Me And You lacks Last Tango In Paris’ erotic tension, or Partner’s political insanity, it’s a tender, noteworthy work in its own right. 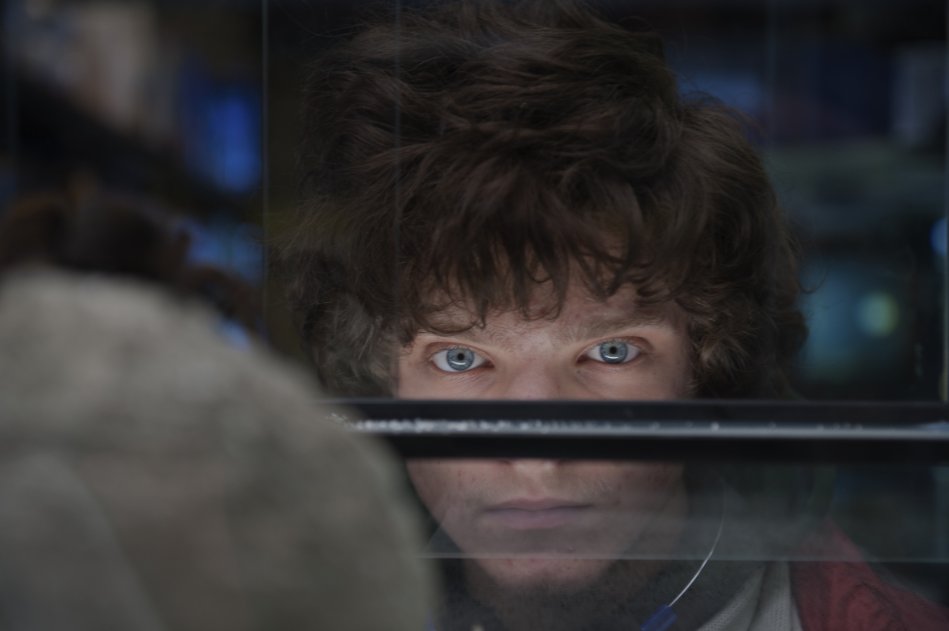 The Dissolve: You thought you’d never be able to make another movie. What inspired you to try, and why was Me And You the catalyst?

Bernardo Bertolucci: I read the novella of Niccolò Ammaniti on my way to New York for an event that MoMA did, a retrospective of my movies. I decided within three hours that I wanted to make the film. After I was inactive for such a long time, I liked it, first of all, from the point of view of the production: It’s two characters, in more or less the same set. That encouraged me. For a long time, I thought I’d never make it, maybe because I hadn’t accepted my condition—my fate—so I was depressed. Finally, when I accepted the whole situation, I said, “This is fantastic. I can make it.” My brain still works, and the only thing that would be different would be my POV when I’m looking in the viewfinder. I would be like in an Ozu film, which had the tripod always more or less at the height of my wheelchair. Cinema is nourished with reality. So the practical reasons of production of a film become part of the reality.

There was one thing I told Niccolò I didn’t like in the novella, which is that the sister died at the end; she ODed. It’s like a convention of movies that when someone is addicted to something, a junkie, they all die before the end of the movie. I told Niccolò, “Listen, the sister doesn’t die in the movie. Try to understand, the movie is a different object than the book.” And he understood. When the boy smiles in the last shot, it makes you understand so many things. The time he passed in the cellar, the fact that he was able to protect his sister—that’s why there is that smile. That smile says everything about how a week can change a boy.

The Dissolve: You’ve made quite a few films about characters who spend a lot of time in a room, from Last Tango In Paris to The Dreamers.

Bertolucci: I didn’t choose it because the confinement, but I see it. Claustrophobia? No. Claustrophilia?

The Dissolve: There’s a sense, with Lorenzo smiling as he comes out of the basement, that the confinement was something he needed, and yet something he’s glad to put behind him. Does that reflect your own joy at being able to put your work out in the world again?

The Dissolve: The final freeze-frame seems like a deliberate homage to Truffaut’s The 400 Blows.

Bertolucci: It was also because I was unjust to Truffaut. In the ’60s, I was in love with Godard, and I found Truffaut to be too middle-class. You can be stupid. I had to give back to Truffaut what I didn’t give him in the past.

The Dissolve: It can be easy for people to write Truffaut off as soft or sentimental.

Bertolucci: I completely agree that there is this kind of judgement of Truffaut, by your generation, let’s say. Don’t you think that the danger makes it even better? The fact that he could be sentimental, but he isn’t. That’s exactly the criticism I made then: that he was a bit sentimental, that he never was political like Jean-Luc was. All these things. I was the president of the jury at Cannes, a long time ago, in 1990, and Fanny Ardant was on the jury as well. When I met her, I said, “I have to apologize to you, because I never gave Truffaut the respect and the enthusiasm he deserved.” And I asked her to forgive me.

The Dissolve: You originally thought about shooting Me And You in 3-D. Why did you consider that possibility, and why didn’t you follow through on it?

Bertolucci: I was afraid before doing the film that two characters, a kind of locked room, would be uninteresting. And I always loved 3-D in the ’50s. I knew they were doing a 3-D version of The Last Emperor, but I hadn’t seen it at the time, and I thought about all the changes cinema has gone through during 100 and more years. So I thought that I wanted to do it in digital, but I didn’t do it in 3-D, and I didn’t do it in digital. I did some tests in Cinecittà, and the shooting was too long. It was more than two years ago; maybe today, it’s quicker. With 3-D, every time you move the camera from one place to another place, you have to wait two, three, four hours. I’m unable to wait all this time. I know from this shot, another shot is coming, and from the other shot, another one. One shot calling for another—with the 3-D, it was impossible to make. And I realized that film is much more impressionistic than digital. With film, there’s a kind of uncertainty of definition, which I would call the impressionistic side of cinema. You know, these new technologies are so fascinating. I’m not somebody who was destroying the toys: “How did they make this?” I am not like that. But I am curious. It’s something I’ve never done before, which is for me part of the attraction.

The Dissolve: You once said the movies that interest you most are the ones that feel like they’re reinventing cinema, creating a new language.

Bertolucci: Picasso said it’s much better to copy someone else than it is to copy yourself. To copy yourself is sterile. I feel like directors who go on doing the same movie because everybody will recognize them… I like when the audience says, “Who made this film?”

The Dissolve: You made a short film for the Venice Film Festival called “Red Shoes,” which is shot from the perspective of your wheelchair. What inspired that?

Bertolucci: The Venice Festival asked many directors for one minute-and-a-half movie, to be shown all together. I didn’t know if I wanted to do it. But going out with my wheelchair, let’s say my electric chair, around me, there are all these cobblestones, and there are all these holes in the street. It’s so much trouble to move around. So it was a political film—a cry for help to the mayor of Rome to do something about the condition of the streets. [Laughs.] It didn’t work at all. We went out the other day, and everything is the same, only it’s worse.

Bertolucci: I’m not very original in thinking that the American series are more interesting, more free, than the cinema, so I am much more curious about an episode of Breaking Bad. In the story, there is a freedom. But there are many other things which are free in terms of style. With TV series, they don’t have the obsession in the editing room to do chop-chop-chop-chop. There are moments when the character is not doing something. In a series, you have a long time where the camera rests on the face of Walter White, and it stays forever, which is not allowed in cinema anymore.