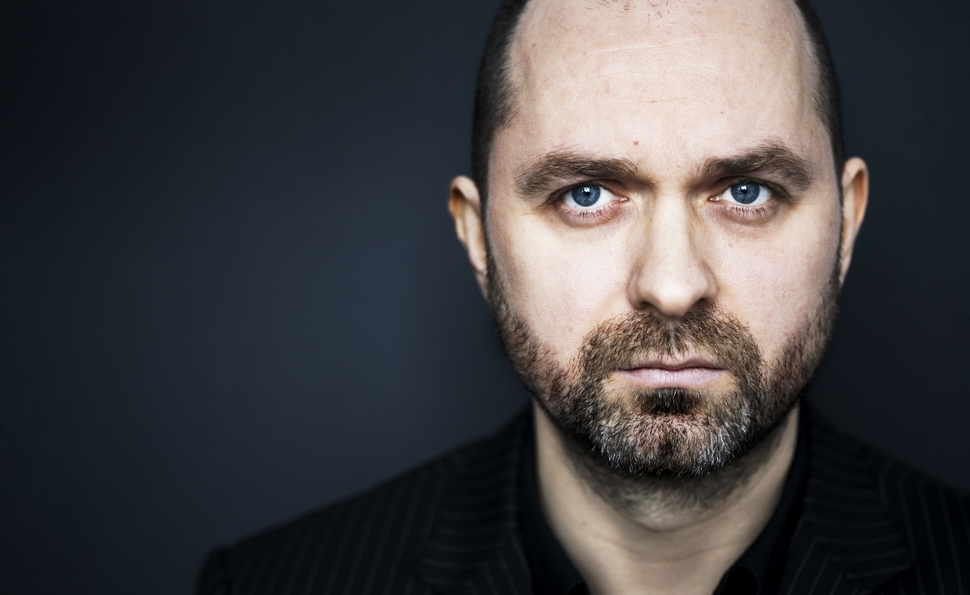 We Are The Best! director Lukas Moodysson, on the elusive art in his head

Swedish writer-director Lukas Moodysson had his first international success while still in his late 20s, with the compassionate 1998 teen romance Show Me Love (a.k.a. Fucking Amal). Moodysson followed that up with 2000’s funny, poignant period piece Together, about the complications of life in a leftist commune in the 1970s. 2002’s Lilya 4-Ever is a more depressing film about a desperate Eastern European teen who gets shipped to Sweden as a sex slave, but the film showed undeniable artistry, and a Show Me Love/Together-like sensitivity to young people’s desires and anxieties. In his early 30s, Moodysson was already one of the most exciting, accomplished filmmakers in world cinema.

In the decade after Lilya 4-Ever, though, Moodysson experimented with new styles and approaches, making films that are interesting in the abstract, but turned out alienating. The aggressively repellant A Hole In My Heart, the confounding experimental film Container, and the dreary social-issues drama Mammoth all lacked the zest that underscore even the despairing Lilya 4-Ever.

Moodysson brings that vivacity back in a major way with his latest film, We Are The Best!, which adapts a semi-autobiographical graphic novel by his wife Coco. The story follows a trio of 12- and 13-year-olds who start a punk band in Stockholm in 1982. Funny, heartfelt, and stylistically unfussy, We Are The Best! is Moodyson’s most enjoyable film in more than a decade, and an indication that he may yet have the long, distinguished career his early work promised. Moodysson spoke with The Dissolve about the project’s origins, why he sometimes he has to be depressed to make a happy movie, and how he’s perpetually in search of one elusive tone.

The Dissolve: How much personal familiarity did you have with punk rock in Sweden in the 1980s?

Lukas Moodysson: Apart from two facts, I had a rather similar experience to my wife. We’re the same age and we listened to the same music, but she was a girl and grew up in Stockholm, and I was a boy and grew up in a really small suburb in south Sweden. Probably the biggest difference is not that I was a boy and she was a girl, but that I grew up not in the center of things, but more on the outside. But we both had the same kind of haircuts and same clothes, and we listened to the same music. She played the guitar and I played the drums, but other than that, we were very much the same. 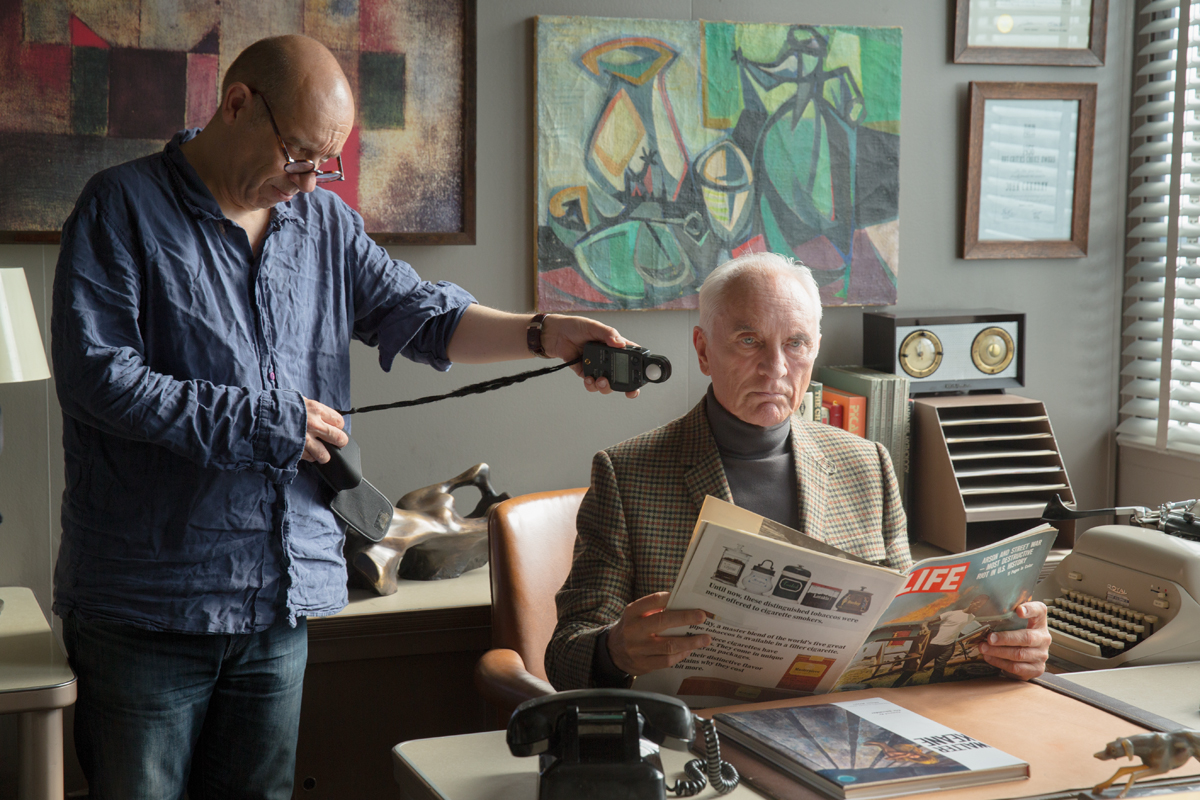 The Dissolve: Do you see some similarities between the kids in the movie and yourself, not in regards to music, but in regards to filmmaking? In terms of working off the cuff vs. learning your craft?

Moodysson: I think I have some kind of ideal of amateurism, with healthy doses of self-criticism. With amateurism, if you’re not critical at all, that just turns into kitsch, or stupidity. You have to be able to step back and criticize what you do. But I feel very much like an amateur, like I don’t know what to do. I like to keep that kind of spontaneity, especially when I’m working on the set with actors, with the camera, with everything. Those are the moments where I really feel I want to be surprised, just to see what happens and try to have as few rules as possible. Just be as free as possible. Maybe when I’m writing and when I’m editing and when I’m thinking and when I’m walking on the streets, then I’m a bit less of an amateur and trying to be a little bit more of a grown-up. But as a director I’m really childish, I would say.

The Dissolve: Who wrote the actual songs the girls play?

Moodysson: The only thing I had done was to write some lines and come up with some words that rhymed, putting in opposition something about interest in sports as opposed to the more serious subjects of the world. But then they wrote the songs more or less themselves, with a little help from a Swedish singer-songwriter and artist, who helped them as a sort of music teacher, and taught them to play a little bit also. But they did most of it themselves.

The Dissolve: All three of your leads are phenomenal. Have they worked in film or TV before?

Moodysson: Mira Grosin, who plays Klara, had worked a little bit before. She’d been in one short film, but she wasn’t the main character there. She had also been on some TV thing. But not very much. So they were also quite amateurish.

The Dissolve: Do they mind getting the spiky punk haircuts?

Moodysson: I think it was a sort of liberating feeling. When you’re pushed by someone to do something, you can always blame someone else. I think they were actually quite happy to try out a completely different style, and they could always say, “Yeah, it’s because I’m in this film.” I think they got a little bit of backlash after making the film, because when you’re done with a film, you don’t really want to be part of it any more, and you just want to get as far away from the characters as possible. They really didn’t want to look punk at all after completing the film, which is a healthy approach, I think. I think they wanted their hair to grow really fast.

The Dissolve: Did you know, when your wife was working on the comic, that you were going to make a movie of it, or did that come later?

Moodysson: It came much later. It came some three, four years later. One day, in the kitchen, I don’t know exactly why or where or how—just instinctive feelings that had a lot to do with a lot of different things—I suddenly felt like I had to do something with a lot of energy. I spent a lot of time writing about how fragile life is, and how human relationships are really complicated. I just felt I needed to look at life in different ways, and look at the happiness and energy and possibilities and hope and everything. As a paradox, I think that actually came out of a rather depressing feeling at the time, because there were some really terrible things that were happening, not to me personally, but to people close to me. Some young people who were in trouble. Not my children, but some people I knew who were in trouble, and I felt I had to do something about survival and about coping with life and about how to deal with being neglected by your parents, feeling ugly… all those things most young people face. I just wanted to make a film about survivors, I think.

The Dissolve: The films you’ve made over the past 10 years been darker and grimmer. So you’re saying this was an intentional effort to lighten up?

Moodysson: Well, I think whether I’m “lightening up” is also a complex question, and should be asked to my therapist or someone, because I don’t really know. [Laughs.] To me, it’s a very, very complicated pattern. It’s not like from A to B to C. It’s more like, sometimes—not always—but sometimes it’s like the better I feel with myself, the more open I can be toward the difficult things in life. But in those days when I feel really depressed and feel everything is difficult and I’m really tired… Those are the days I cannot really care about homeless people on the street, and what goes on in Syria or Ukraine or whatever. The strange thing is that sometimes the darker projects are born out of feeling really great and open, and sometimes I have to be feeling like life is shit to be able to make something happy. [Laughs.] It’s not black and white. It’s a complicated thing. 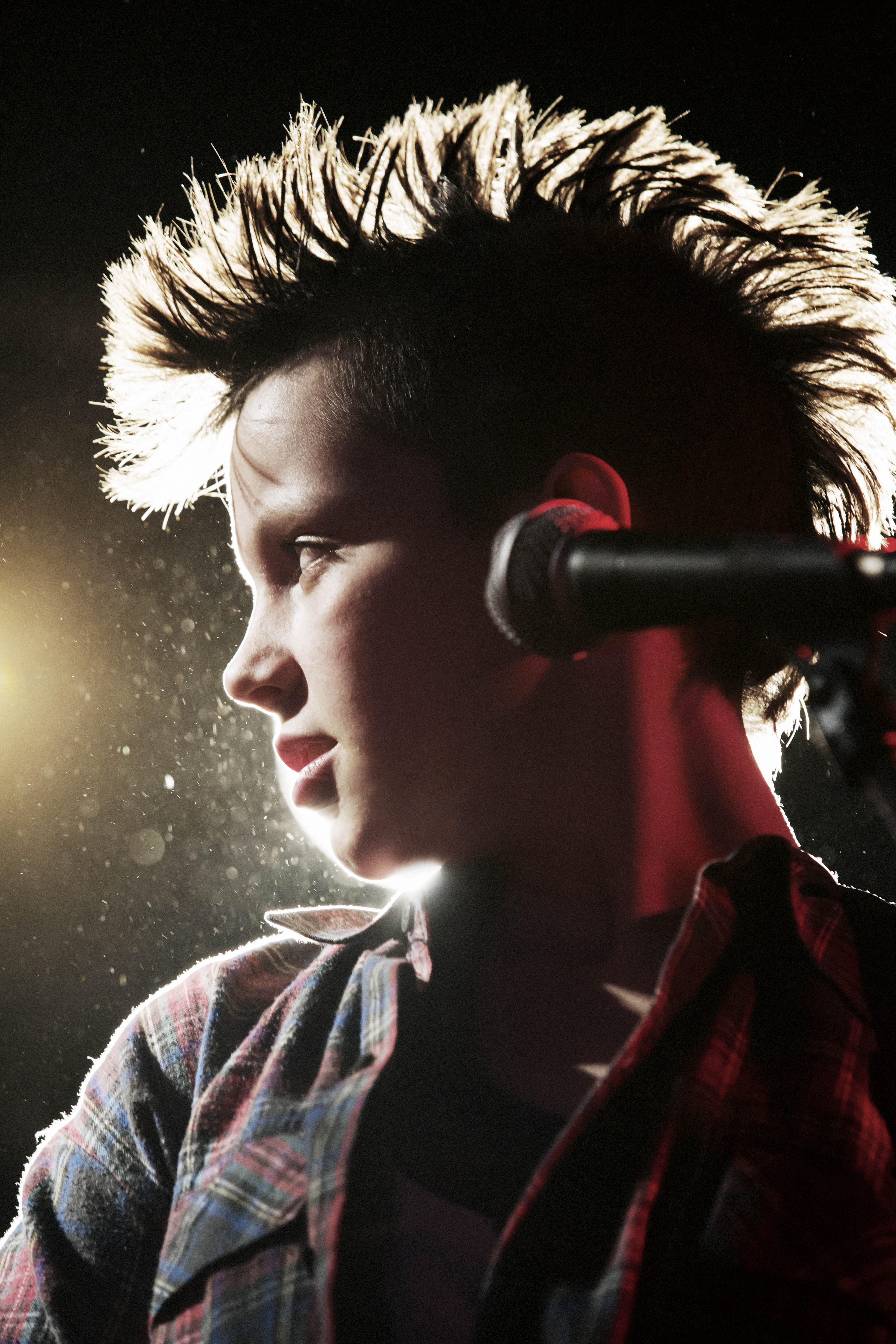 The Dissolve: We Are The Best! is a little bit like Together, in that both are about a group of children who are part of a counterculture, even though in We Are the Best! the kids are self-selecting into the counterculture, while in Together, they’re born into it. But in both movies, the kids are still kids, and can’t help but behave like kids sometimes, no matter what ideals they hold. Approaching this same kind of subject matter a little more than a decade apart, did you have a different point of view?

Moodysson: I think the parallels you see are there, but I’m not sure if I can analyze it myself. My son just pointed out to me that I’ve actually made a film about the 1970s, which is Together, and then a film about the 1980s, which is We Are The Best!, and my first film, Show Me Love, was actually made in the 1990s, and it’s about the 1990s. So I guess there is some kind of connection there. But between Together and this one? Yeah. It’s sort of the same kind of group of people. The same academic parents, the same middle-class intellectual environment, and so on. I think there’s a link, but I don’t think I’m the best person to analyze it.

The Dissolve: This new film has gotten really strong reviews out of the gate, with some people calling it a comeback for you. Is that word something you’re proud of, or something you bristle at?

Moodysson: No, it’s okay. I try to not listen too much to what people say, but I’m happy if people like what I do. At the same time, I can understand it’s seen as a bit of a comeback to a certain kind of tone or voice or atmosphere. I’d just like to think I have a lot of different voices in me, and a lot of confusion inside of me. Next, I’m going to do a film about water dripping slowly, and it’s going to be in black-and-white, and very, very slow and dark, and everyone will hate it. [Laughs.] That’s fine with me.

The Dissolve: Do you have specific plans for your next project?

Moodysson: I was going to make a TV series about Ingmar Bergman, actually. I got an offer from Swedish television, so I spent almost half a year trying to write and research and figure out how to do it. But in the end, I felt I couldn’t really do it, so that’s a project I killed. I mean, they are going to make the TV series, but with someone else, not with me. That was one project that felt like it could be fun, but in the end, no.

There is some tone in this film, We Are the Best!, that I’d like to continue to work with. Not necessarily with the same subject, but there is something about it I like. It’s like, Bob Dylan once said he had this tone in his head, and he only once got it out. It was one record, I think it was Blonde On Blonde, where he just felt like that silvery tone just came out. I think it’s a little bit the same for me. It’s like I can almost wake up crying in the middle of the night because I have this tone. It’s like an atmosphere in my head that I want to get out. I’m not searching for stories or theoretical ideas, it’s more like a tone, where there’s this sort of combination between tragedy and happiness at the same time. It’s like two things going at once, like a chord. That always sounds really stupid and pretentious, but that’s me.