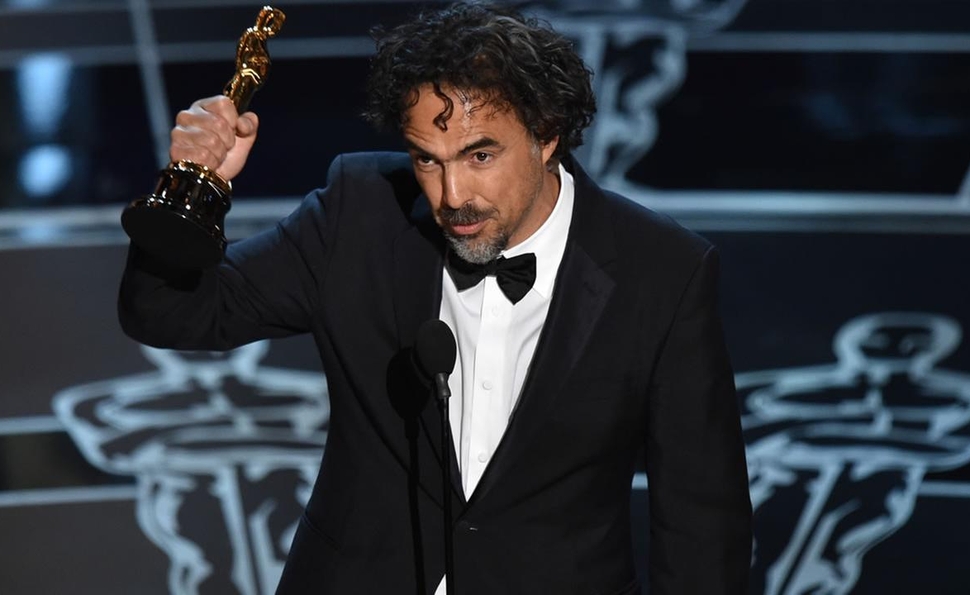 How Boyhood won by losing at the Oscars

During Neil Patrick Harris’ ultra-splashy Academy Awards opening number—a musical salute to the fact that moving pictures are so much more than mere moving pictures—Jack Black dashed onto the stage to deliver a “spontaneous” rant about everything wrong with Hollywood today. “This industry’s in flux. It’s run by mucky-mucks,” he sang, like a hyper-critical Dr. Seuss by way of Into The Woods. “Pitching tents for tentpoles and chasing Chinese bucks! Opening with lots of zeroes, all we get are superheroes: Superman, Spider-Man, Batman, Jedi-Man, Sequel Man, Prequel Man, formulated scripts!”

Admittedly, Black’s critique of “Jedi men” may have been undermined by the subsequent appearance of Stormtroopers in Harris’s chorus line. But the warm response he received from the audience suggested that his rhyming manifesto struck a chord with them, the same sort of chord that, perhaps, prompted some of those applauding industry insiders to vote for Birdman as Best Picture.

Yes, as some predicted (not me), Alejandro G. Iñárritu’s one-shot take on artistic integrity and raging narcissism was named the best picture of 2014 over Richard Linklater’s far more low-key but equally inventive Boyhood. This immediately prompted some disappointed commentary on social media, as well as another manifesto of sorts from Slate’s Dan Kois, who published, just minutes after the Oscar ceremony ended, a piece that accused the Academy of totally blowing it by not honoring Boyhood.  “This one’s an epochal Oscar travesty,” Kois wrote. “This one hurts.”

While I must admit that there was some delicious irony in watching a woman, Patricia Arquette, win the single Academy Award for a film called Boyhood, and then devote a portion of her acceptance speech to advocating for gender equality, I have to agree with Kois. Epochal travesty may be a bit much, but I completely agree that this one does indeed hurt.

To be clear: unlike some Dissolve staffers, I actually liked Birdman a lot. But what Richard Linklater did by committing to make Boyhood over a dozen years certainly was as daring as the single-tracking-shot aesthetic of that film about the unexpected virtue of ignorance. Given Boyhood’s understated approach to storytelling, the risk involved in dragging out a film shoot for more than a decade, and the fact that, save for Arquette and Ethan Hawke, its cast is devoid of widely recognized actors, Boyhood is something else, too: an underdog movie.

A funny thing happened during this awards season, though. After nabbing so many critics-circle awards early on, as well as the Golden Globe for best drama, Boyhood started to look like a frontrunner instead of an underdog. Once Birdman began to pick up momentum late in the race, Boyhood fell back into its natural position as a truly independent gem going up against a movie with a more experienced Oscar-campaigning studio behind it, and a lot more famous actors to advocate for its relevance. That’s one of the reasons I was rooting for Boyhood; in a year where there wasn’t a clear favorite for Best Picture, it would have been nice to see Hollywood honor a little film that could, one made on a very modest budget, and whose primary goal was nothing more grandiose than to reflect the everyday messiness of a kid completing the journey from 6 to 18.

What really made me sad was the realization that we would not get the opportunity to see Richard Linklater—a filmmaker who has followed his own particular compass for more than two decades, a Baby Boomer who has managed to perfectly capture Gen X angst, and a man who has never seemed to particularly care whether he wins any awards—stand up and be publicly rewarded. Linklater, unlike the insecure moths who flitter beneath theater spotlights in Birdman, doesn’t seem to need his peers’ approval. That only made me want to see him receive that approval even more.

Boyhood may have been the most Oscar-worthy work, to date, that Linklater has ever done. But while he was giving his now entirely hypothetical acceptance speech after winning Best Picture, I would not have been thinking solely of what an amazing job he did on that film. I would have been reflecting on the similar amount of patience and authenticity he brought to the love story between Jesse and Céline in the Before trilogy, the equal parts dark and light he reflected in Bernie, and the lifelong, always-stays-the-same-age gift that is his Dazed And Confused. I would have felt much the same way I did when I finally saw Julianne Moore winning an Oscar for Best Actress; I would have thought Linklater deserved it for this movie, but also that he was finally receiving his due for an admirably diverse body of work. I also would have thought: “Last year, Wooderson won Best Actor. This year, Richard Linklater wins Best Picture. This, this, is l-i-v-i-n.”

We’ll never know how close the voting was, or why so many Academy voters zigged Birdman when they could have zagged Boyhood. We can’t call it a surprise, because the sweep of Birdman’s key Guild awards suggested, pre-Oscars, that there was broad support for the movie. As the trophies Birdman also won for cinematography and direction attest, its bold, technical seamlessness certainly may have wowed those who work behind the camera and understand how hard it was to make that work. Certainly its focus on all the things artists sacrifice for the sake of their craft, too, was a case of preaching precisely the right sermon to the perfect choir.

Just as Jack Black did in that opening number, Birdman rails against all the things supposedly killing the artistry in our cinema, including cookie-cutter superhero sequels and work that’s driven by box-office returns or social-media chatter instead of true creativity. When Black leaped on to the stage during that Oscars number, the lyrics he sang actually sounded like something that could have come out of the mouth of Birdman’s Riggan Thomson, possibly while he was yelling at a New York Times film critic in a Times Square bar.

Of course, there’s a reason the audience, both in the Dolby Theatre and at home, immediately bought into the idea that Jack Black might just spring out of the audience and unleash a torrent of fury against The Man. Because we’d all seen him do it before, in a movie called School Of Rock. That mainstream yet wonderfully anti-authoritarian comedy was directed by Richard Linklater. In it, at the very end, just when it seems like they might pull out a victory, Black’s pack of kiddie rockers lose the climactic battle of the bands. But they still feel like they won something anyway, because they did something they were proud of, people seemed to like it, and for once, they truly got to compete with the big boys. It’s a Hollywood comedy moment, but also one that feels like pure Linklater.

When you think about the Boyhood Best Picture loss in terms of what pure Linklater is, really, is it possible to imagine this year’s Oscar ceremony turning out any other way?