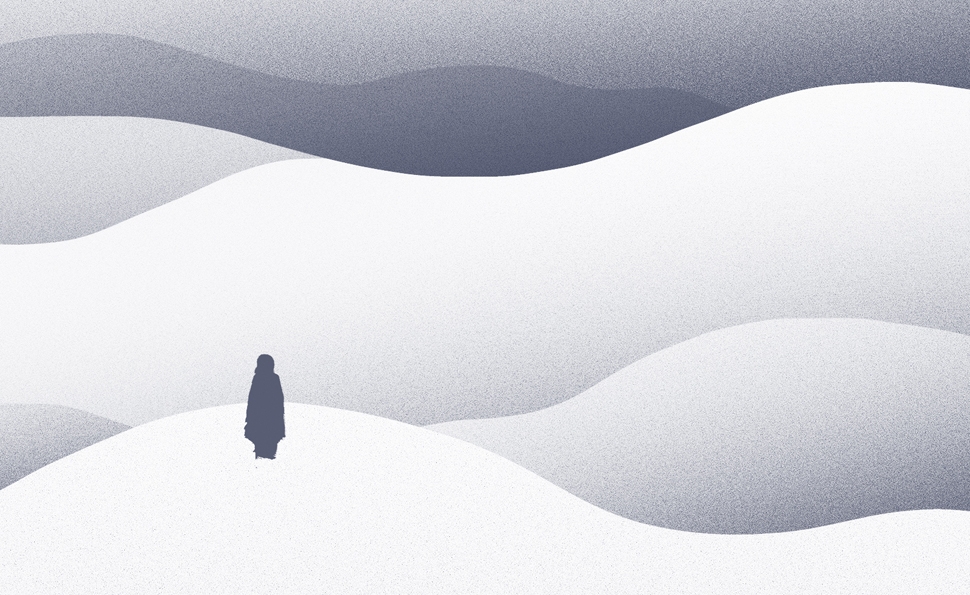 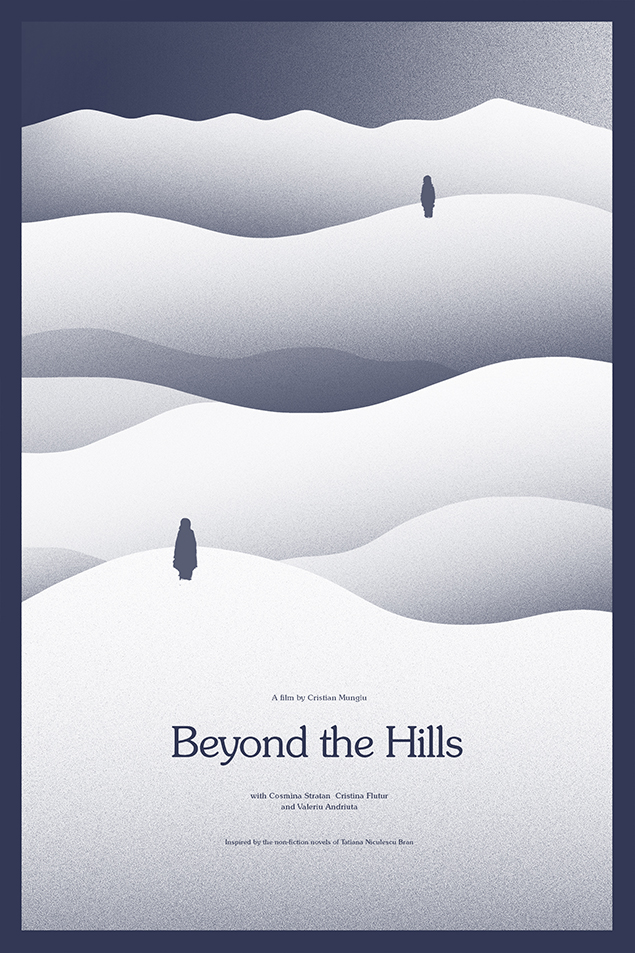 In January, film lovers like myself often enjoy spending the post-holiday respite catching up on movies they missed from the past year. In the case of Beyond The Hills, Cristian Mungiu’s follow-up to his acclaimed 4 Months, 3 Weeks And 2 Days, I finally caught up with a film that had already been seen by most critics and interested audiences—it premièred at Cannes all the way back in 2012. But going by my own rules (and the ones generally agreed upon by critics and awards associations), Beyond The Hills got its first limited release in March 2013, so it’s a 2013 film as far as list-making is concerned. I had been looking for one more film to join the rankings of my top 10, and at times during Beyond The Hills, I thought it might topple the list completely. It landed somewhere in the top five, and it was just about time to turn in another poster design for readers of The Dissolve, so I set out to visualize another of my favorite films of 2013.

Thanks in no small part to the evocative glimpses of snowy Romanian landscapes caught by Mungiu and cinematographer Oleg Mutu, when I started sketching, I went straight for the hills. And when I think of hills, I think of Jean-Michel Folon. The Belgian artist produced beautiful illustrations throughout the 1970s and ’80s for newspapers, book covers, and posters, including famous designs for the Cannes Film Festival, a Purple Rose Of Cairo poster mentioned in September’s column, and one of my favorite posters of all time, for Andrei Tarkovsky’s Stalker. 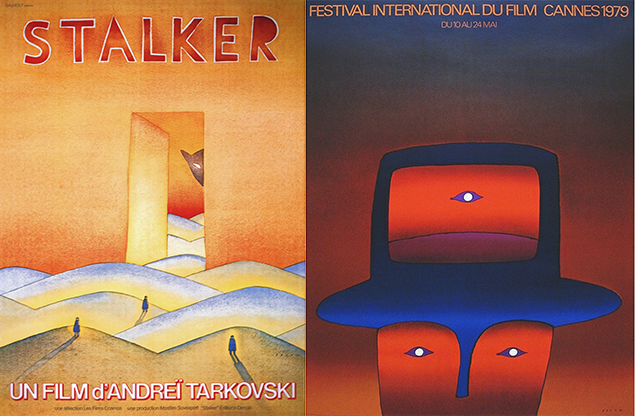 One thing that’s come out of writing this series is a more unabashed acknowledgment of my influences, and the tiny figures Folon often placed standing in his landscapes are a perfect example of something that clearly jumped off one one poster and landed in mine. All artists, filmmakers, and songwriters take elements from things they love and repurpose them through their own voice. And it’s almost always unconscious; I didn’t realize how much this piece was inspired by the Stalker poster until I was finished with it. The little standing figures weren’t put there to refer to Folon; it’s as though I thought to put them there in the first place because of Folon. 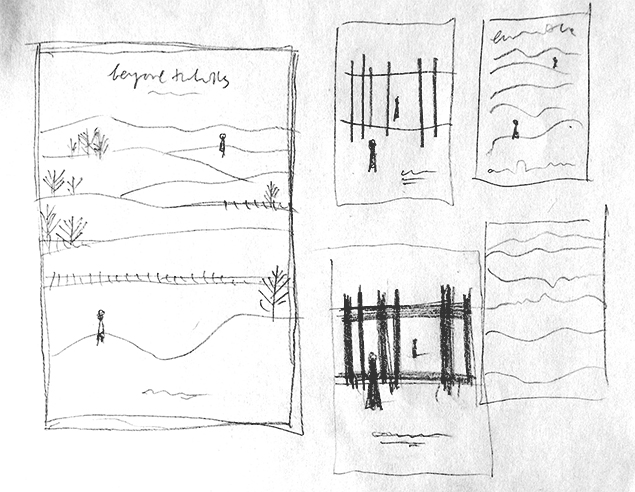 Folon worked beautifully with watercolor, and my illustration style (all digital in this case) can only be considered a pale, pale shadow of that kind of craft. This only reinforces the exploratory, experimental nature of this monthly project, where, on the Internet, we can explore our movie love at a quicker and perhaps more honest pace. I love curvy lines and landscapes, and a recent goal of mine has been to work with more illustration, both hand-drawn and digital. I’m not sure if I can identify yet what I believe to be beyond the hills in Mungiu’s film, but I knew I would like to place the two lead characters—young women reunited after sharing an ambiguous past together in an orphanage—in that landscape, and focus my composition on the distance between the two of them. Initially, I was drawn to Mungiu’s imagery of stark fences and trees that created their own patterns across the film’s backgrounds, and I imagined these barriers separating the girls. Many pieces of wadded-up paper later, realizing I can’t yet draw trees or fences in a satisfying way, I decided to focus just on the contours of those hills and simplify the design to a more abstract set of shapes and lines, an approach that appeals more to my natural sensibilities. My early sketches boxed one girl in by the fence shapes, and left one out. But placing them more symmetrically in a spacious arrangement lent itself to a more appealing reading that honors the story, where neither girl is villainized more than the other. Neither is good nor bad, and neither has the higher ground. As if these terms were so black-and-white.

Mungiu builds a great mystery around this relationship, its history, and how that history will play out in a very specific setting: a mountainside religious community led by a male priest, where one of the girls, Voichita, has taken on a life of devotion. The other, Alina, enters her world with heavy reckoning, refusing to repress traces of their past that only fester when ignored. As the divide between them grows deeper, the questions become more haunting: Are Alina’s spells, reported only by others, but never seen onscreen, possessed psychic breaks, or convincing acts of manipulation? Have Voichita and Alina merely grown apart pursuing different beliefs and lifestyles, or were they once passionate lovers, even soulmates? My hope for this design was to leave some room for viewers to think about this space and distance, the central force of Mungiu’s compelling story, and to suggest the ambiguous and tragic truths that lie between these two characters and beyond.