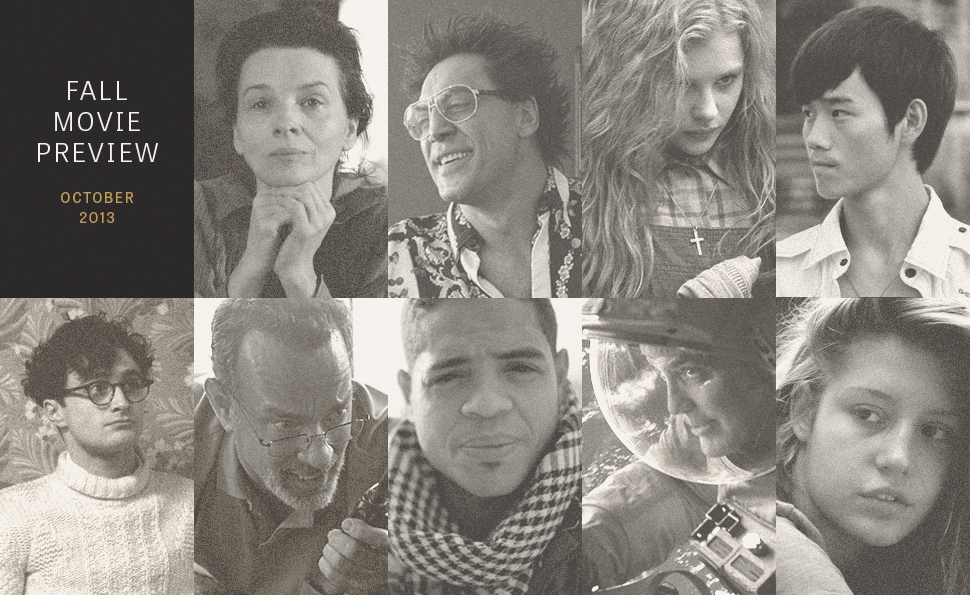 The end of the year is a rich buffet for serious film fans: prestige season, when studios roll out the projects they think are most likely to win awards. Some of these films will be airless, stuffy, self-important dramas, and a few will be oddly out-of-place leftover summer blockbusters, but many will be among the year’s most challenging, ambitious releases. The October-to-December period is often an abundance of riches, as the heavy-hitter talents and serious careerists finally come back out to play.

This year, The Dissolve has organized its fall film preview to highlight the titles we’re most anticipating, and to explain why. This isn’t a guide to every film that will be released during the final quarter of 2013, just the most prominent and notable titles—a small number of which we aren’t looking forward to at all. In each case, we examined what the film is, what the advance word from festival screenings or previews looks like, and the extra factors that might boost or kill the intrigue value. Then we asked the whole staff to assign them anticipation ratings between 0 and 10, with everyone generating individual ratings in strict seclusion. (People who’d already seen a given film recused themselves, since for them, the delicious wait is already over.) The anticipation indexes below represent the mathematical average (rounded up) of seven staff scores expressing how much we’re looking forward to a given film—whether we can barely wait, or we barely care. Today’s scorecard covers October 2013, with November to come on Wednesday, and December next Thursday. Feel free to refer back to this guide over the months to come.