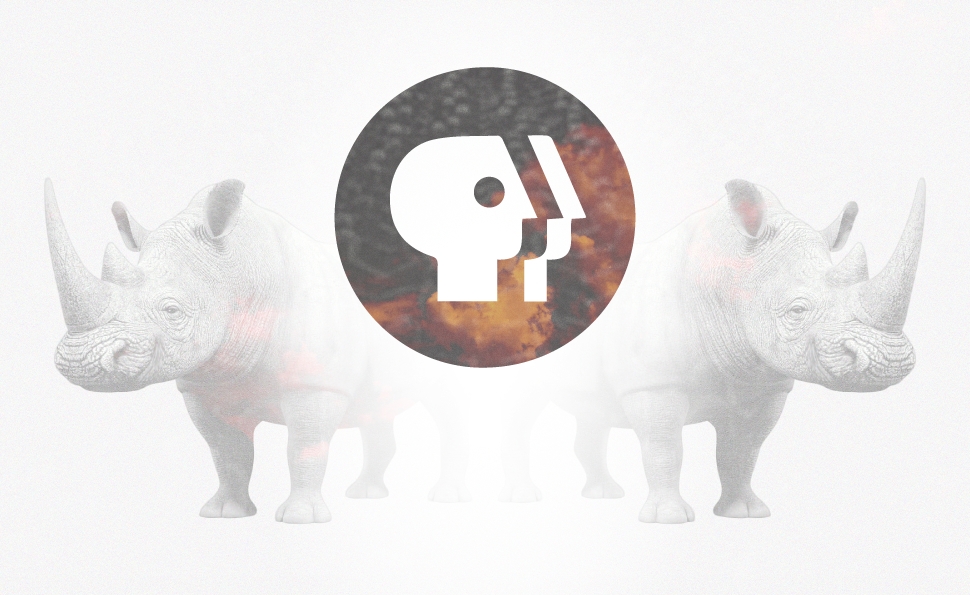 What if there was a place for movies where nothing was impossible? A place where veteran auteurs shared the spotlight with first-time directors? Where diversity of voices was of the highest importance, rather than the lowest? Where budget size didn’t matter, and every topic, big or small, was covered with the same attention to detail? Where films could actually change the world?

This place already exists, and it has for decades. It isn’t Tomorrowland. It’s the PBS documentary showcase made up of the nonfiction anthology series POV and Independent Lens. And it’s slowly dying.

These shows are fixtures of the documentary scene, though like most of what PBS airs, they’ve typically existed apart from mainstream pop culture. POV, which generally runs in the summer and fall, has been on for 27 seasons; Independent Lens, which airs in fall, winter, and spring, is midway through its 16th season, which launched in January with the Sundance Grand Jury Prize winner Rich Hill. Together, these programs have given homes to more than 500 films, including some of the most memorable documentaries of the past few years: the formally daring experiments (The Act Of Killing, Nostalgia For The Light), headline-grabbing rabble-rousers (Bully, The Invisible War), and latest works by the genre’s established auteurs (Michael Apted, D.A. Pennebaker). The movies are made by a strikingly diverse lineup of filmmakers—the proportions of women directors and filmmakers of color represented in these shows are far higher than industry norms. And they all reached more potential viewers through PBS than they ever did in limited theatrical release.

So what’s the problem? Pick a local public TV station and try tracking down either POV or Independent Lens. The shows are a beautiful but threatened species, the white rhinos of TV. PBS recommends that its affiliates schedule the shows on Mondays during prime time, but increasingly, each station has found more valuable properties to air during those timeslots—usually shows with more appeal to the elderly viewers who plunk down dollars at pledge time. Instead, many stations will wait days or weeks, then program the films into ridiculous timeslots, saving prime time for Antiques Roadshow reruns and British baking specials. Last year, for example, WETA in Washington, D.C. slotted Frederick Wiseman’s four-hour college-campus dissection At Berkeley for a Saturday night at 11 p.m. Meaning that it finished around 3:00 a.m. Grab a Red Bull and saddle up, fans of laboriously paced anthropological studies. 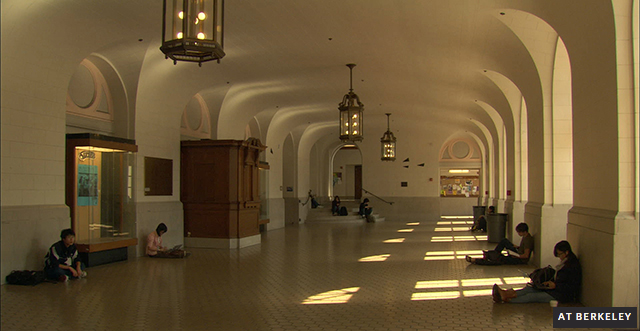 A breaking point came in December when WNET, New York’s flagship PBS station and the one with the largest viewership, announced that it would be pulling first broadcast of POV and Independent Lens from its primary channel to a far less popular secondary signal, replacing them on the main channel with reruns. Filmmakers were outraged, and more than 2,000 people signed a petition against the move. They stirred up enough anger to force WNET to delay the schedule change by four months, but the axe is still looming—and once documentaries lose New York, they’ve lost a large chunk of their influence.

PBS isn’t a national conglomerate channel like its commercial rivals. It’s a membership organization that distributes programs to local public TV stations, which each have their own governing structure and must pay dues to license the shows. The reason POV and Independent Lens can get jerked around the schedule on a city-by-city basis while Downton Abbey stays locked on Sunday night is because the former shows don’t enjoy “common carriage,” which is a PBS term for shows that each local station is mandated to air at the same time. A big part of the missions of POV and Independent Lens is coordinating social-action campaigns around their films, like discussions on the achievement gap tied to American Promise, or screenings on Capitol Hill attended by members of Congress. The lack of common carriage is a big roadblock to these campaigns—social action and social media go hand in hand these days, and you can’t tweet what you can’t see.

When the shows air on national TV, they carry the additional benefit of tipping the scales of movie visibility away from purely commercial interests. They spotlight films that don’t screen in theaters, thereby foregoing the bulk of the reviewing press. In the past, exclusives have included works by luminaries such as Jonathan Demme (I’m Carolyn Parker: The Good, The Mad, And The Beautiful). Generally, though, the films that don’t make it to theaters are—surprise—by and/or about minority groups, be they Latino high-school students (The Graduates/Los Graduados), kids on Native reservations (Up Heartbreak Hill), black funeral-home directors (Homegoings), or people with disabilities (My Way To Olympia). When people complain about movies today not representing a true cross-section of America, these kinds of films are the appropriate rebuttal, and they wouldn’t have a home at all if they didn’t have PBS. 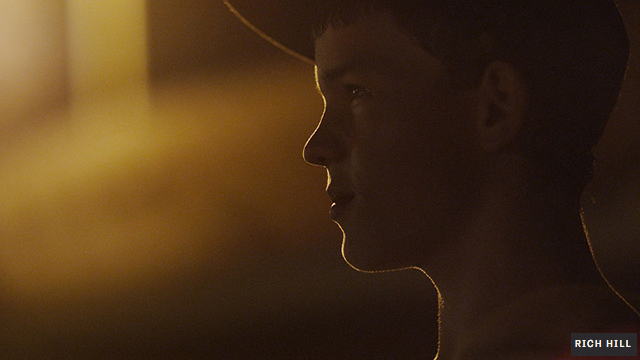 So if these programs are so acclaimed and provide so much value, why isn’t their perch within PBS more secure, given that the network isn’t driven by ratings like its commercial brethren? The more conspiracy-minded may draw a line from WNET’s recent actions to a kerfuffle that surrounded Alex Gibney’s documentary Park Avenue: Money, Power And The American Dream, which aired on Independent Lens in 2012. A 2013 New Yorker article reported that the station had been worried the film, which uses a single street in New York as an illustration of the nation’s wealth gap, would upset energy mogul and Park Avenue resident David Koch, a major public-TV donor who was a WNET board member at the time.

The film itself is pretty pedestrian—it frequently digresses from its Park Avenue hook to go after Ayn Rand and other easy targets—but it was scary enough for WNET to air a hastily composed roundtable discussion immediately afterward that included conservative voices. Following this incident, the Independent Television Service (ITVS), the organization that produces Independent Lens and gives grants to a wide variety of documentaries, denied a funding request to a film called Citizen Koch. This is not the place to get into the particulars of the two events, which have been debated endlessly by the involved parties. Suffice to say, together they were enough to paint an unsavory perception of public TV as craven to special interests, and ITVS as cowardly controversy-shirkers. (Citizen Koch held a blockbuster Kickstarter campaign and had a theatrical release last year, marketed as the film PBS tried to kill.)

Yet this current predicament is almost certainly not that simple. It’s true that public TV has complicated relationships with its wealthy, polarizing benefactors, but these programs had already been in a precarious position, as PBS had previously swapped their suggested national timeslots across three different nights in the span of one year. They don’t pull enough ratings for PBS to make them a Downton Abbey-sized priority, and they don’t draw enough pledge viewers to be viable fundraising efforts. It’s a vicious cycle: the confusing scheduling prevents people from finding the shows, so they don’t tune in, so PBS sees no reason to support them.

It doesn’t have to be like this. We have evidence that documentaries, when given the right promotional push, can find success on TV, on channels with far less of a national reach than PBS. In 2013, CNN aired the Sea World muckraker Blackfish months after its theatrical release, and scored boffo ratings and Twitter activity, particularly among younger viewers. This is for a film that only grossed $2 million domestically—great numbers for a doc, but the equivalent of only around 250,000 tickets versus the millions who watched on CNN. HBO’s original documentary lineup this year will include two insanely high-profile movies out of Sundance: Gibney’s Scientology investigation Going Clear in March and Brett Morgen’s intimate music study Kurt Cobain: Montage Of Heck in May. ESPN’s 30 For 30 series was conceived in 2009 as a limited 30-film collection, but it gathered so much acclaim that the network is still producing top-quality docs today, along with a spinoff Nine For IX series. And Netflix’s rapidly growing stable of original documentaries, which the service began long before its upcoming foray into original narrative features, is another testament to the genre’s expanding reach. This reach would surely include PBS, if more people knew about its films.

Without wading too much into TV-specific territory, the obvious point to address is that for many viewers, the idea of tuning in at a prescheduled time has already become obsolete. So why bother raising a fuss over whether a movie shows in prime time? After all, most of these films will go online anyway, either on PBS’ online video library, or on a VOD platform like Netflix or Hulu. But simply chalking this up as a casualty of TV does disservice to social media’s power to drum up conversations like the Blackfish debate, as well as to the filmmakers who depend on more exposure than Netflix can give them. It harms the shows’ parent organizations, ITVS and American Documentary, which help a lot of valuable movies and talented filmmakers off the ground. (ITVS helped fund Citizenfour director Laura Poitras’ first three features.) That, in turn, harms anyone who cares about documentaries as an art form.

There’s a disconnect between PBS’ documentary programs and the people who should be excited to watch them. Right now, POV and Independent Lens are mostly reaching do-gooders, social-justice folks who want to learn more about the various causes these films depict. Every week brings a new cause, and a new potential demographic. But cinephiles aren’t watching, or at least they aren’t talking about the films each week to the same degree they talk about theatrical documentaries. Many likely don’t know these shows exist, or if they do, they have trouble finding them. 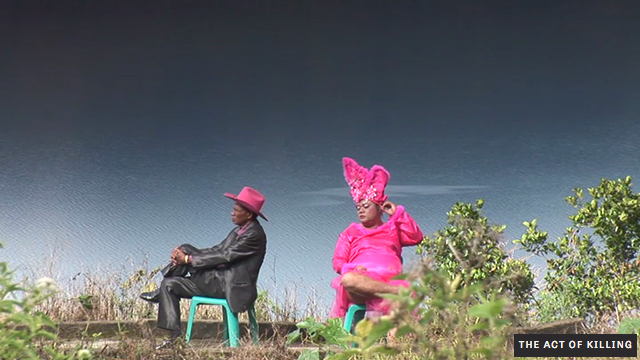 PBS is holding a three-city “listening tour,” putting its programming executives, along with representatives from local stations, POV, and ITVS, in a room with directors to talk about the schedule shuffling. The first stop was January 17 in San Francisco, where, according to reports, more than 225 filmmakers pushed for the shows to become common carriage. The next stop will be in New York on February 23 at Manhattan’s SVA Theatre, and will be co-hosted by WNET, the station that caused all this trouble in the first place. It’s commendable that WNET leadership wants to hear from the filmmakers who will be affected by their decisions, though at this point the station still plans on pulling the shows. A Chicago event will follow in March, hosted by Kartemquin Films (the folks behind Hoop Dreams and The Interrupters) and the Indie Caucus (the group of filmmakers advocating against the change). More tour stops could follow, and the topic was also discussed at a Sundance panel and will be a part of the Media That Matters Conference in Washington D.C., on February 19. Time will tell whether any of this amounts to new policies for POV and Independent Lens, or if it’s just lip service.

Perhaps it’s foolhardy to imagine a world where America gathers around the TV to watch and tweet about PBS documentaries. But it’s not impossible to imagine at least some people doing this—if the option were made available to them, and if film outlets committed to covering these movies like they do everything that gets released on one screen in New York.

It’s a common refrain that films have the power to change people’s lives, and documentaries are frequently used as evidence of the art form’s importance. Cinema would still have value without them, but frankly, it would have a lot less tangible value. POV and Independent Lens air precisely the kinds of movies that connect the medium to the outside world, provided they’re not broadcasting into an empty void. These shows need cinephiles, and cinephiles need these shows. If PBS lets them die on the vine, we all suffer for it.