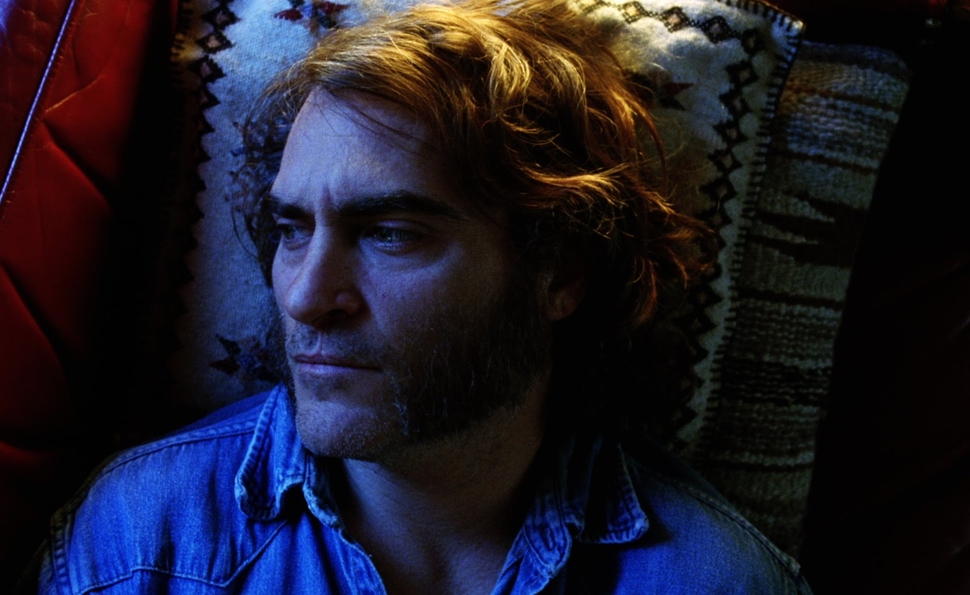 When once isn’t enough

Let’s begin by stating the obvious: We’re human beings, and it’s only natural that our relationship with works of art will change over time. Sometimes those changes are marginal, sometimes dramatic, as we gain life experience and our taste grows more refined, or baser. Or as the culture shifts, and as the art itself beckons a fresh understanding. If all opinions were static, I’d still hold the view, adopted by my 13-year-old self, that The Ice Pirates, featuring Robert Urich and a robot pimp, was the greatest space adventure of all time. In fact, I can remember where I was when I saw The Ice Pirates—in my cousins’ basement, laughing my head off—as clearly as such where-were-you cultural moments as Kurt Cobain’s death and 9/11. But even through the rose-colored glasses of nostalgia, I can admit the film has dropped in my estimation.

Critics are the slowest to admit that items may have shifted during flight. And there’s a simple enough reason for that: Our opinions are a matter of public record. We’ve made the argument one way or the other in print, and that argument often gets calcified over time, as directors make more movies, and the narrative we’ve constructed about their careers adds new chapters. For better or worse—mostly for better—the current auteurist argument in favor of Clint Eastwood’s American Sniper is informed by his long, complex relationship to violence, which finds an ambiguity that the film’s harshest critics insist is not present. There’s wisdom in that, in understanding one film as part of a continuum, but also a dogmatic commitment to a reading of a filmmaker that may no longer apply. The Clint Eastwood who made American Sniper may not be the Eastwood who made Letters From Iwo Jima, and that Eastwood may not be the same one who made Unforgiven, much less Dirty Harry. Artists change, too.

For me, every review has a hidden disclaimer: “The following words reflect how I feel about a movie today.” But the dirty little truth of this profession is that I may not feel the same way tomorrow. Though there’s a high likelihood that my opinion won’t change that much if I see something again, I may have much greater or lesser appreciation of it than I had the first time. Ask me today what I think about American Beauty, after many years and a couple of repeat viewings. It definitely isn’t what this guy thought.

A couple of weeks ago, fellow critic and not-frequent-enough Dissolve contributor Jordan Hoffman contacted me for a piece he was writing for Vanity Fair about Paul Thomas Anderson’s Inherent Vice. Hoffman admits to being thrown by the movie during the first scene, when Shasta Fay Hepworth (Katherine Waterston) dumps a lot of information on our hero (and her ex-boyfriend) Doc Sportello (Joaquin Phoenix), who himself is swimming in a haze of pot smoke and unresolved emotions. “I confess that I, a guy who basically watches movies professionally, was pretty much lost,” Jordan admits. And it’s not as if Anderson, working from Thomas Pynchon’s novel, was going to spend the remaining 135 minutes holding viewers’ hands until they caught up. The plotting gets denser, not clearer.

Jordan quotes director Edgar Wright, who tweeted, “I call it Inherent Twice, since I am looking forward to seeing it again.” Jordan put the question to me, too, about my plans to see Inherent Vice a second time. My response:

On first viewing, I felt I was watching about four Chinatowns layered on top of each other. What I failed to fully appreciate was the melancholic soul of the film, which mourns the passing of a specific time and place—and which also mourns a certain era in filmmaking and perhaps the death of celluloid itself. These resonances flickered for me on first viewing more than shined, and I expect that once I can hack my way out of the storytelling thicket, I’ll like the film quite a bit more.

There’s a school of thought that second viewings are not necessary—that a film should work the first time around, and if it doesn’t, it’s a failure. Pauline Kael famously never saw a film twice: “It’s funny, I just feel I got it the first time. With music, it’s different. People respond so differently to the whole issue of seeing a movie many times. I’m astonished when I talk to really good critics, who know their stuff and will see a film eight or ten or twelve times. I don’t see how they can do it without hating the movie. I would.” And with regard to Anderson, in particular, Stephanie Zacharek rejected calls from other critics on Twitter that The Master should be seen more than once: “In their eyes, the picture is that rich, that artistically challenging, that impossible to immediately ‘get.’ But the subtext of those tweets—unintentional, I’m certain—was passive-aggressively dictatorial. The unspoken suggestion was, ‘If you didn’t get it the first time, keep going back until you do.’”

With respect to Zacharek—whose writing is humbling proof that she gets more out of a first viewing than I do—some great movies are too densely constructed to comprehend the first time around. Perhaps it’s Anderson’s fault for failing to make himself clear; if he’s losing people who should be attuned to a film like Inherent Vice—particularly fans of his work, who are inclined to give him the benefit of the doubt—then maybe he should be blamed for not streamlining it more. There are certainly examples of ambitious films that are badly overstuffed: For example, I’d make that argument against Peter Greenaway’s Prospero’s Books, which is so absurdly crowded with visual information and literary allusion that ushers handed out guides to audiences during its theatrical run.

To me, the threshold for repeat viewings is this: The first viewing must beckon you back for a second. It’s not enough to feel like you’d missed something the first time—as with Prospero’s Books, in which I felt I’d missed almost everything—but you have to like the film and feel compelled to return, like an itch that needs scratching. In many cases, the stickiness is in the plotting, which really has no bearing on the value of a film like Inherent Vice—like many byzantine procedurals, the story is merely an access point into a changing, now-forgotten slice of Southern California in the early 1970s. And when that access point becomes a barrier—as it did to Jordan, and me, and presumably other “Inherent Twice” people—then we lose a lot of information. Watching the film a second time can not only have a clarifying effect, but can allow us to experience it as really is, and have a fuller emotional experience.

Many of the best and most beguiling films of the past few decades follow the same model. The scrambled chronologies of Christopher Nolan’s Memento and Atom Egoyan’s Exotica are a demanding game of catch-up on first viewing, but emotionally devastating on the second, as the themes start to surface and there’s a clearer rationale for the structure. Buried in both films are keen insights into how we create fictions and false memories as a way to process grief. Ditto the Shane Carruth duos of Primer and Upstream Color—the former lost in the endless curlicues of time-travel paradoxes, the latter so stubbornly abstract that the best possible approach is to intuit your way through it. Perhaps some critics (and viewers) have a greater capacity for understanding a film the first time around, but there’s an arrogance in believing that a second look is never desirable or necessary, because we all have blind spots or other limits to our perception. Filmmakers fuss for years over every last detail in a movie; what makes us think we can take them all in at a rate of 24 frames per second? (Or however that metaphor might apply to the alien technology of digital projection.)

So what was Inherent Vice like for me on a second viewing? It was, as I suspected, a revelation. Having already hacked through the thicket of overlapping cases and sinister conspiracies the first time around, I could immerse myself more in the film’s enveloping vibe, with its uniquely compatible mix of shaggy-dog wackiness and tugging melancholy. Though Anderson’s connection to the New Hollywood filmmakers of the era has been clear since Boogie Nights—and his affinity for Robert Altman’s The Long Goodbye even more so here—Inherent Vice doesn’t feel like a nostalgia piece, but a genuine, imaginative attempt to plug into a certain era in the culture, and in filmmaking itself. All those things were there on first viewing, but hovering in the background, slightly out of focus, as I struggled with the ins and outs of the foreground. I can see it much clearer now. Items shifted during flight.