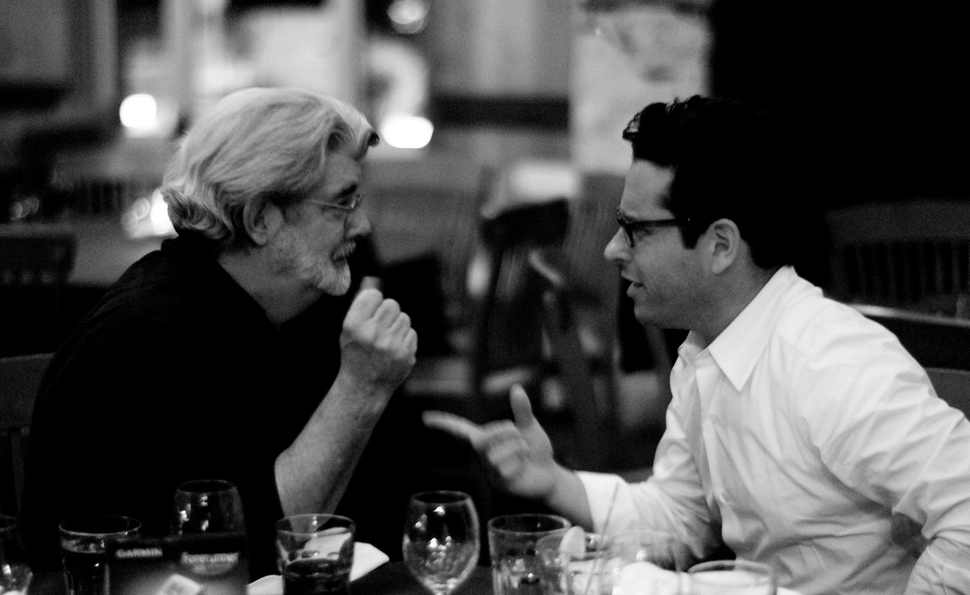 In the latest Laser Age entry, “Why Star Wars?”, my colleague Keith Phipps considered the personal and cultural forces that gave rise to perhaps the greatest blockbuster phenomenon in history. It was a turning point in science fiction—and in Keith’s column—where the genre opened up to action-adventure and grand mythology, and changed the course of a era that was rife with quirkier celestial visions. But it’s worth remembering that even Star Wars had humble beginnings: Unlike the box-office behemoths it inspired, the film was never a pre-fab studio creation, however sharp the commercial instincts of George Lucas, its writer, producer, and director. In fact, it was startling to learn that some of Lucas’ ideas for Star Wars carried over from Apocalypse Now, another movie he was trying to get off the ground. For him, Star Wars translated Apocalypse Now’s conflict into a space fantasy, with “a large technological empire going after a small group of freedom fighters or human beings.” The United States would be the evil Empire in this scenario.

We’re some distance from that particular reading of Star Wars, and some distance from Star Wars itself—37 years, two sequels, three prequels, one holiday special, and countless action figures, side projects, special editions, novels, websites, conventions, histories, theories, costumes, references, memes, and other such flotsam and jetsam. In many ways, Star Wars was the Big Bang that created its own pop-culture universe, and as much as Lucas has tried to preside over it, including godlike tinkering with its mythology and special effects, he can’t be everywhere at once, much less answer every prayer from the faithful. The release of the Star Wars: The Force Awakens trailer last weekend made tangible the separation of the franchise from its creator; it’s one thing to read news of Disney buying Lucasfilm for $4 billion and imagine a Star Wars without George Lucas, but another to see someone else’s vision* (*= Big Fat Asterisk) on display.

So the question is worth asking: What is Star Wars? And who owns it? Right off the bat, we can eliminate (e): The Sheinhardt Wig Company owns NBC, which doesn’t have the rights to Lucasfilm or Star Wars. And let’s also eliminate (d), because “All of the above” is too wishy-washy an answer, even though it’s true to a large extent. There are degrees to which Disney, George Lucas, and the fans can claim ownership over Star Wars, but there’s only one voice that’s truly dominant. Let’s break them down one by one:

(a) Disney: In the most literal scene, the Walt Disney corporation owns Lucasfilm and Star Wars. It also owns Pixar and Marvel, and will soon own the Sephora adjacent to your local Disney Store, to make room for all those Stormtrooper pajamas and Tauntaun sleeping bags. It has the freedom to license Star Wars any way it pleases, which is a sharp break from the past, when Lucas himself licensed the films to 20th Century Fox for distribution, but remained an independent operator. (The prequels are more indie than many nominees for the Independent Spirit Awards, albeit lacking in indie “spirit,” however vaguely that’s defined.) There’s obvious power in that, because there’s nothing stopping Disney from handing the franchise over to Alejandro Jodorowsky or Trey Parker and Matt Stone, and allowing them to take it wherever they want. 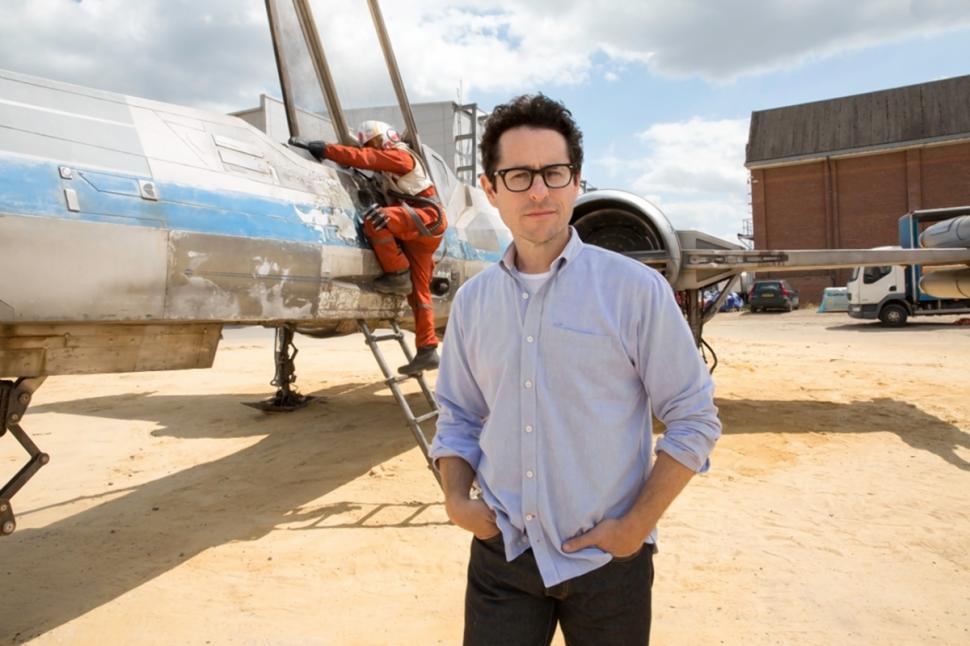 But that isn’t going to happen. Disney is the caretaker of a lucrative property, and the right play is to be as conservative about its investment as possible—a play Disney is likely to embrace, since it’s a company notorious for its conservatism. The company is boxed in further by the expectations of fans, who are deeply invested in some idealized Star Wars that probably isn’t possible, and by the characters, worlds, and elaborate mythology Lucas devised, however much the new Star Wars sequels are seen as a corrective to the direction in which Lucas took the series in the prequels. Disney has the rights, it holds the purse-strings, and its executives can hire and fire whoever they want—but they aren’t nearly as powerful as they seem, because the formula for success is so preordained. Disney is a passive custodian of its own property, with the leverage only to post the fences and hire the groundskeepers. A Disney Star Wars isn’t going to look any different from a Fox Star Wars or a Warner Bros. Star Wars. The parameters are rigid.

(b) The fans: In the abstract, a movie always belongs to the audience, just like any other work of art. Once artists put something out into the world, they no longer control the way it’s interpreted, or how it finds its path into the culture. That’s part of the pleasure of moviegoing: Once a film takes root in your imagination, it’s yours forever. And no other franchise has demonstrated this phenomenon quite like Star Wars, which has been a life-consuming obsession for many, and often just the spark for much more eclectic feats of creativity. In our current age of accelerated memes, the trailer for The Force Awakens had barely been posted before the faithful feasted upon it: Just a day later, a clever “George Lucas Special Edition” parody trailer inserted all the extraneous crap that Lucas might have jammed into the movie; fan art has sprung up in the form of gorgeous DIY posters and Photoshop jokes, mostly centered on cross-shaped light sabers; and the day after Thanksgiving, a panel of experts at Alamo Drafthouse in Austin unpacked the trailer in granular detail, sandwiching two minutes of discussion between each of 17 consecutive viewings. 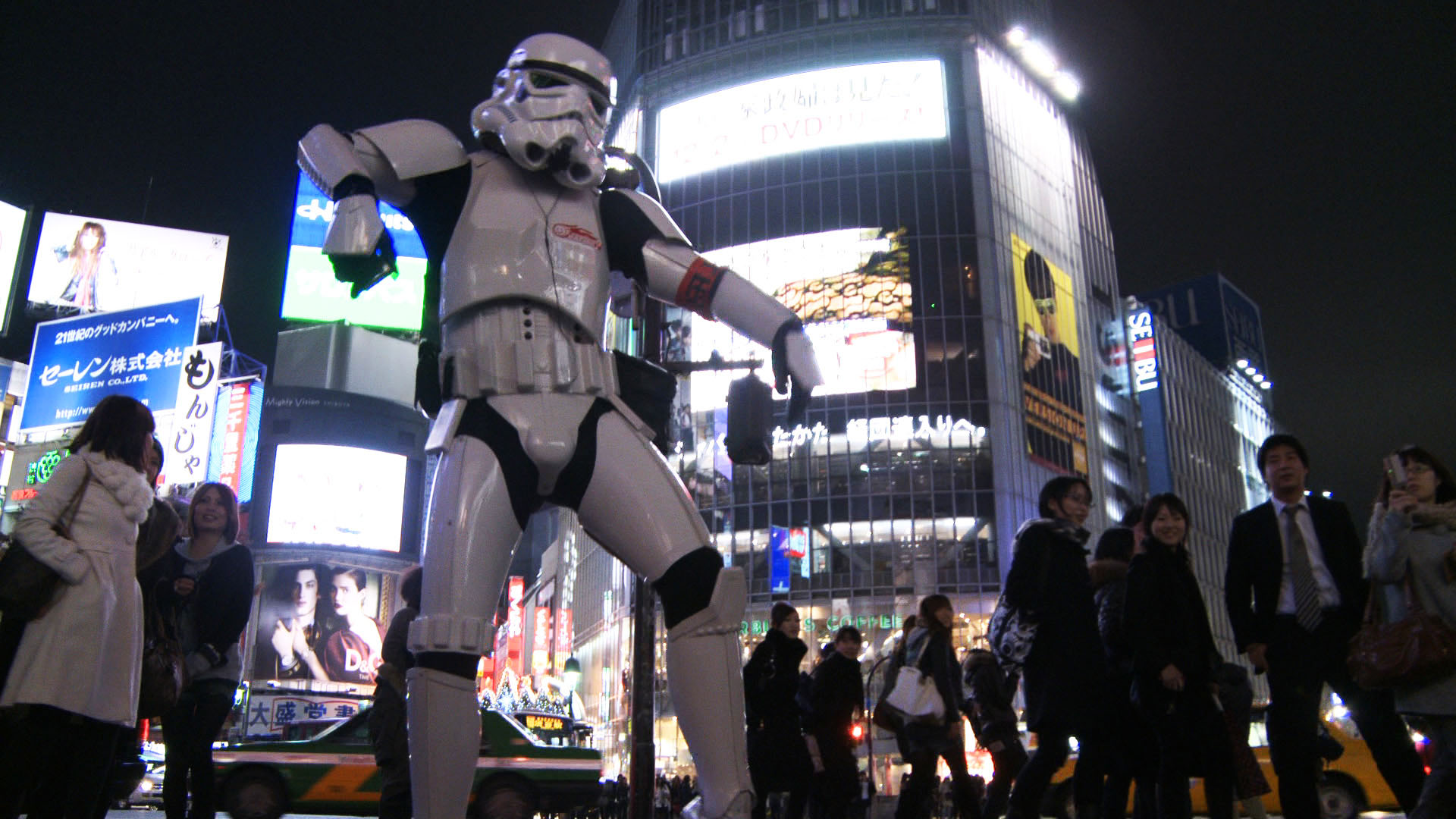 But with this collective obsession comes the weight of fan expectation, which has no doubt burdened J.J. Abrams since he took over the project. With the proviso that not all fans think alike, and each might have different interests within the Star Wars universe, broadly speaking, it’s safe to say that The Force Awakens and subsequent films in the new cycle are expected to break from Lucas’ prequels and recapture whatever feeling of nerd bliss the most recent trilogy failed to reproduce. Perhaps Thomas Wolfe was right and you can’t go home again, but the effort must be made, however hollowly, to provide a vehicle for doing exactly that. The Force Awakens cannot be a J.J. Abrams film, whatever that looks like, and its sequel cannot be a Rian Johnson film, however strenuous his efforts to reconcile his distinct sensibility with that of the Empire. The comical paradox of the Star Wars revival is that filmmakers cannot depart from the text, despite the order that they must depart from the text. Which essentially makes The Force Awakens the most expensive piece of fan fiction ever made, and which also means…

George Lucas: …is the correct answer. He still owns Star Wars, despite the successful movement to wrest it away from him, both as a franchise and as a creative enterprise. Just that first shot of John Boyega, a black stormtrooper, appearing in the desert is an implicit criticism of Lucas’ largely whitewashed prequels, the marginal presence of Mace Windu aside. Star Wars has its own long list of influences, from Joseph Campbell to Akira Kurosawa, but even ideas that exist in defiance of Lucas’ vision are engaged in conversation with it, and doing so on Lucas’ terms. Abrams and company can mimic the things they loved about the original movies or reject them fervently, but they can’t escape Lucas’ grasp. While all sequels or remakes are beholden to the original to varying degrees, the amount of intellectual energy this one man invested in creating Star Wars makes it a special case. It’s his playground and his toys, and even if his name doesn’t appear on the deed anymore, it’s only a rental.

Back in April, our own Nathan Rabin grappled with the tortured and contradictory relationship Star Wars fans have with Lucas, as reflected in the documentary The People Vs. George Lucas, which found emotions “ranging from complicated ambivalence to unambiguous hatred.” And while Abrams and company are no doubt plotting ways to make them happy—better dialogue, more action, less rumination on intergalactic politics and alien genealogy—they’re stuck with Lucas as the auteur in absentia. His almost pointillist labor on all six movies has created a situation where he’ll always been the dominant voice; The Force Awakens and its sequels may be great—the trailer is exhilarating—but it’ll be as much a work of fan art as the DIY posters and silly memes that have popped up around it.

In one of my favorite moments in The Age Of Innocence, Regina Beaufort, the wife of Julius Beaufort, an arrogant player in New York high society in the late 19th century, comes begging for a loan from Mrs. Mingott, a wealthy matriarch, after her husband’s bank has failed. Mrs. Beaufort pleads, “But my name, Auntie. My name is Regina Townsend.” Normally warm and boisterous, Mingott suddenly turns cold: “Your name was Beaufort when he covered you with jewels, and it’s got to stay Beaufort now that he’s covered you with shame.” Star Wars fans have been covered with jewels and covered with shame. They’ve now been granted a separation and may want nothing more to do with George Lucas. But they have to keep the name.