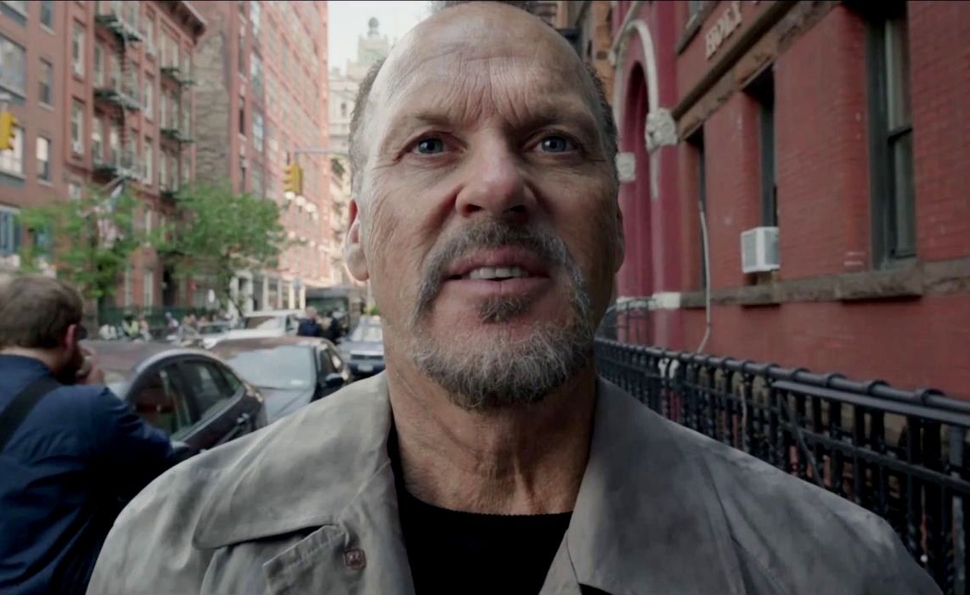 The irreducible element of Michael Keaton

In an entertaining installment of Grantland’s “B.S. Report” podcast last year, Bill Simmons and Wesley Morris examined Jodie Foster’s filmography in an attempt to determine if she was, in the site’s parlance, “Overrated, Underrated, or Properly Rated.” Simmons framed the discussion in terms of career wins and losses, a reductive but surprisingly effective approach that ended up being a nuanced way to talk about a long career. In the course of the conversation, Morris introduces the term “Hollywood market correction,” when one actor ends up having the career another once seemed destined to have, e.g. Kevin Costner stepping into the slot once seemingly reserved for Mark Harmon when the latter looked poised for big-screen stardom in the late 1980s. Again, it’s a cold way of looking at how Hollywood works that reduces what ought to be ineffable qualities to stats. It also holds up to scrutiny. Squint, and it’s easy to imagine an alternate universe in which Costner ended up on N.C.I.S., and Harmon delivered Ron Shelton monologues and carried Whitney Houston to safety.

Then Simmons and Morris go too far. Applying the same methodology, Simmons refers to Tom Hanks benefitting from a market correction that pushed Michael Keaton aside in the early ’90s. There may be something to that. There were, and are, only so many slots for leading men who can alternate comedy and drama. Birdman, Keaton’s new film—and the first significant film to cast him front-and-center since 2005’s White Noise—even seems to acknowledge this: As Keaton’s character skulks around outside the theater where he’s staging a Raymond Carver adaptation, Hanks’ smiling face can be seen on the marquee of a competing production called Lucky Guy. But beyond suggesting the limits of the Hollywood imagination, the comparison also illustrates the limits of this kind of statistical analysis. It misses the irreducible Keatonness of what Michael Keaton brings to his roles, an unstable element that informs his best performances.

It’s there from the start. Keaton had his first significant film role in the Ron Howard comedy Night Shift, where he co-starred alongside Henry Winkler (as a meek morgue attendant) and Shelley Long (as a heart-of-gold prostitute). Keaton plays Bill “Blaze” Blazejowski, an early incarnation of the ’80s Party Dude, the beer-drinking, shades-wearing, babe-loving good-time-guy who was ubiquitous throughout the decade. (The type reached its fullest flowering with the ascent of Bruce Willis, and to a lesser extent, Spuds McKenzie, toward the decade’s end.) In lesser hands, Blaze would be more device than character. The script, the first big-screen effort from sitcom veterans Lowell Ganz and Babaloo Mandel, attempts to provide a late-in-the-game sentimental motivation for his character, but the real work of fleshing Blaze out comes from Keaton, who puts no distance between himself and his character’s madness. There’s a glint to his eye that suggests, however benevolent his intentions, something has cracked behind his eyes.

Keaton always kept madness in his arsenal. In Mr. Mom, he ends up talking to himself, driven crazy by the then-outrageous idea of a man acting as a homemaker while his wife worked. In Clean And Sober, he’s a drug and alcohol abuser driven to destructive behavior by his addictions. In Pacific Heights, he’s a murderous tenant. And in The Dream Team, he plays an mental patient, suffering from a mostly harmless sort of twinkly movie madness, but an unwell man nonetheless. For Tim Burton, he made Beetlejuice an unpredictable engine of chaos, and Bruce Wayne a hero driven as much by his own instability as a desire for justice. Anger and revenge provide the motives for Christian Bale’s Batman; Keaton’s Batman has trained and armored himself, but remains a hurt kid inside. When the staff of the Gotham Globe chose the headline “Winged Freak Terrorizes Gotham’s Gangland,” they were closer to the truth than they realized.

The subsequent roles that didn’t fully work for Keaton de-emphasized that innate freakishness and veered closer to territory staked out by Hanks. The freak is back in Keaton’s Birdman performance, however. Whatever you think of the film—I like it only slightly more than our own Scott Tobias did, and Scott likes it only slightly more than eating glass—there’s no denying Keaton’s forceful performance. Though he’s first seen assuming the lotus position, and levitating, his Riggan Thompson is far from at peace with himself. Pressure mounts as the opening night of his play approaches, and Riggan grows increasingly unstable. The voice in his head—the voice of Birdman, the big-screen superhero he played—grows louder. Everyone around him becomes a target: his daughter, his lover, his manager. He’s performing an act of creation that doubles as an act of self-destruction. The pain even seeps into his quiet moments. Talking to Sylvia (Amy Ryan), his ex-wife, he recalls a suicide attempt from years ago. However much he can pin his current turmoil on a specific cause—the production of the play—he recognizes that the demons hounding him now have always been with him.

Keaton conveys that kind of haunted, something’s-kind-of-off-about-him quality better than almost anyone, even if there hasn’t been enough room for him to do so in Hollywood of late. Birdman, could, and should, change that, initiating its own kind of market correction. Because if the movie business used to see Hanks and Keaton as interchangeable, there’s no making that mistake now. Imagine, again, a parallel universe, one in which Keaton had Tom Hanks’ 1990s, while Hanks missed out on the best parts, and had memorable small roles in Out Of Sight and Jackie Brown, but less-memorable big roles in almost everything else. In some ways, it’s a futile exercise. Hanks is brilliant in roles that Keaton couldn’t play. (Though Keaton would have killed as the alcoholic baseball manager in A League Of Their Own.) Now imagine Hanks attempting to make a comeback in a film like Birdman, attempting to convey an artist tortured by his muse, his family, and his insecurity. The mind just won’t stretch that far. The ability to portray some sorts of madness is reserved for those with a lifelong understanding of them.