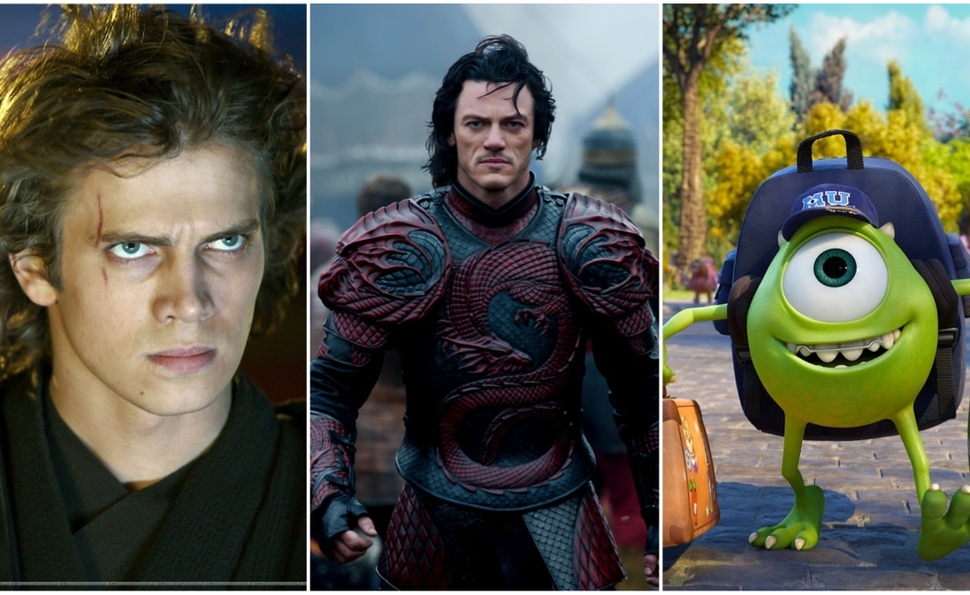 The problem with prequels

Parents generally pay more attention to what kids see than what they read, which is I why was able to buy Mario Puzo’s novel The Godfather for a quarter from a used book store a few years before I was old enough to rent the movie. Puzo’s novel has a bad reputation among fans of Francis Ford Coppola’s film—and is sometimes presented as Exhibit A for how not-great books inspire great movies—but at 15, I found Puzo’s Godfather to be a page-turner, deftly incorporating dozens of major characters and more than 60 years of the history of one mafia family. My favorite part of the book comes about halfway through, when Puzo suddenly devotes 30 or so pages to a flashback, detailing the rise of Vito Corleone from poor immigrant to mob boss. By that point in the story, Don Corleone’s power and his network of confederates have been firmly established, which makes the digression all the more revelatory. It’s like reading a superhero’s origin story after reading about 100 issues of the comic.

When I finally did see The Godfather, I waited for the flashback, but it’s not there. Coppola stuck it into The Godfather Part II, and chopped it up to serve as a parallel to the story of Michael Corleone’s own early years a mob boss. That interwoven Vito/Michael structure works just fine in The Godfather Part II, but for me it’s never had that same “so that’s how it happened” wallop that the novel’s sudden lurch into the past does. The mid-story flashback is a great storytelling trick—one used by movies like Casablanca, among many others—because it smacks of folklore. (“Did I ever tell you about the time ol’ Vito Corleone shot Don Fanucci? It all started back in 1920, during The Feast Of San Gennaro…”)

That’s one of the reasons why prequel movies are so popular: Because they flesh out the mythology of already-beloved characters. Over the next several years, we can look forward to movies that spill new origin stories for the characters from Dracula, The Texas Chainsaw Massacre, The Shining, The Jungle Book… even Leprechaun. These join recent prequels like Monsters University and Prometheus, and the wave of prequel TV series like Hannibal, Bates Motel, and the upcoming Gotham. If there’s a story you love, someone is probably out there right now writing Chapter 0.

What’s odd about the prequel binge, though, is that arguably the most famous prequel films—Star Wars Episodes I through III—are widely scorned, and criticized because of what could be dubbed “prequelitis.” I’m actually a defender of the Star Wars prequels, but the reasons why I like them have little to do with their obsessive gap-filling. The fundamental flaw in the Star Wars prequels—besides their stiff performances, incessant committee meetings, and casually racist comic relief—is that while George Lucas would like to pretend that the Star Wars series is designed to be watched in order from I to VI, most of the big dramatic scenes in the first three episodes will resonate most with people who’ve already watched the original trilogy. When Anakin Skywalker dons his Darth Vader armor for the first time, or when Luke and Leia are born, or when Lucas repeats lines and images from episodes IV through VI, he’s nodding to existing fans, not crafting moments that have their own innate power.

This is the way of things with prequels: They trade on the totemic. If there’s a catchphrase or a weapon or an article of clothing that the hero of an older movie series is known for, prequels build to the scene where the character uses one of the above for the first time. Or they make a joke about how the character is not going to use it—a joke that only people who know the franchise will get.

Which raises a question: What is the purpose of these prequels, and why are we getting so many all of a sudden? The simplest explanation is the most cynical one: The two things Hollywood loves most right now are pre-sold properties and young people, and prequels (along with reboots and revamps) allow studios to make a movie about a character that everybody loves, without having the cast the old coot who played the character originally. I could easily argue that the prequel’s purpose is purely mercenary, not derived from any deep need to reimagine an icon.

But there’s more to this trend, I think, and it has to do with recent changes in fan culture and television. Ever since action-adventure TV shows became more serialized and mythology-driven, fans have begun loudly and publicly holding their creators to impossible standards, demanding long-range planning from a medium where writers are often just scrambling to fill their allotted air time each week (while trying to avoid cancellation). In TV production, it can take months before the writers and producers of a show know if a storytelling decision is working with fans, and by then, they already have a half-dozen more episodes in the can. As a result, even series that are meant to play out like a novel have dead ends and superfluous characters.

The same is true with big movie franchises. When George Lucas made Star Wars, or when the Wachowskis made The Matrix, they had no way of knowing whether those movies would be popular enough for them to get to make another installment, or what elements from the films would become fan favorites. That’s why the storytelling in franchise film series gets so messy. The focus shifts from film to film, actors drop out (or die), and new technologies come into play, until eventually it becomes harder to tell that the latest movie in a series has any connection to the one that started it all. (This also explains why there are so many franchises these days that aim to shoot three or four films in quick succession, to better control the overall narrative and vision.)

Prequels (and, again, reboots) are a way of starting all over again and telling the story “right.” Since the new creative team already knows the parts of the mythology that audiences respond to, they can ignore all the sloppy bits from later in the narrative, and just redraw a lot of what fans already know, but cleaner.

But speaking personally, this approach to storytelling isn’t as satisfying as that brief flashback in The Godfather novel, or the way that George R.R. Martin weaves the long history of Westeros into the main narrative of his “A Song Of Ice And Fire” books (by having characters reflect on the past while they’re in the middle of a present crisis). It’s not even as satisfying as what so many TV series do, throwing in an episode that looks back at how the characters met, or what their lives were like before the show began. The problem with prequels is that they don’t work like flashbacks. They mainly tell fans what they already know, working like lengthy footnotes to the original movies. (And then there’s the case of the multiple Star Wars: Clone Wars TV series, which are footnotes to footnotes.)

The coming wave of prequels suggests that we’re going to spending a lot of time over the next five years stuck in the past, hearing the same old stories again and again. And unlike a flashback, which fills in some key details before getting back to the main narrative, prequels generally don’t lead us to anywhere that we haven’t already been. They’re comfortingly familiar, but they’re the enemy of progress.