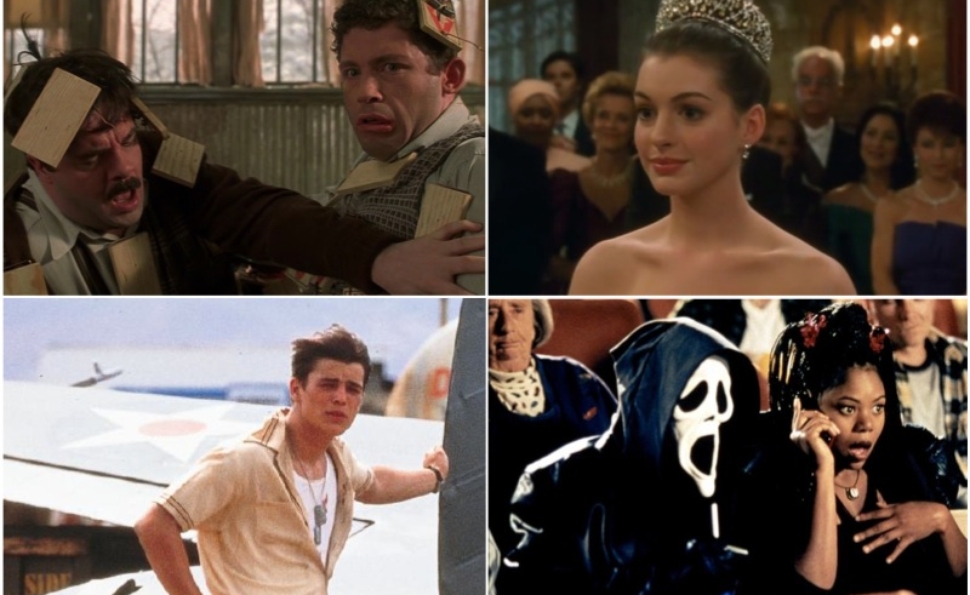 The worst piece of movie clickbait on the Internet

I waste far too much of my time scrolling through clickbait articles I know will further diminish my faith in humanity. I have no idea why that is, but I suspect there must be something strangely universal about this impulse, that these god-awful pieces must appeal to some caveman-like part of the brain whose curiosity about even the most mundane bullshit overrides the almost invariably dodgy-looking nature of these articles.

It’s not a matter of whether I will be insulted by obnoxious Internet time-wasters, but just how dramatic that insult will be. There’s a distinct element of masochism in this: Some part of me must desperately want to have my intelligence affronted, and it’s willing to slog through oceans of amateurish prose to have that curious need satiated.

Clickbait is seemingly designed to be forgotten while it’s still in the process of being mindlessly consumed. But I have stumbled upon a piece of clickbait so idiotic, so misconceived on every level, and so devoid of merit that I am convinced it’s the worst piece in the entire disreputable, cleavage-heavy history of the form. If it isn’t ironic or tongue-in-cheek, then it single-handedly made the world a worse, dumber place. But if it is ironic, then all its glaring shortcomings become secret strengths. Perhaps it has transcended self-parody to become an ingenious form of satire, like The Onion’s Clickhole, or Buzzfeed’s regular exercises in self-parody. (As opposed to the many Buzzfeed pieces that merely resemble self-parody).

The piece ran on answers.com, a website that calls itself “The Most Trusted Place For Answering Life’s Questions.” (Currently prominent on the site: Philosophical life questions like “What can guests do at the Marriott Ownership Resorts Inc. Renaissance Resort in Aruba?” and “The Health Benefits Of Wheatgrass Juice.”)  The site’s “About Us” section says “answers.com is a top-20 comScore site that empowers consumers with the authoritative and trustworthy information they need to make better-informed decisions.” I have only a vague sense of what that means, but it is clear that answers.com wants to portray itself as an unusually trustworthy site, which makes the existence of the article I found all the more puzzling, since it is among the least trustworthy pieces of journalism in human history, and that includes the famous newspaper story about Dewey beating Truman.

The article does not have a byline, and it reads like it was composed by a crude algorithm designed to emulate human thoughts. It’s gloriously titled “14 Movies You Thought Were Good But Were Actually Quite Bad.” The anti-brilliance begins with a title full of hilariously unnecessary words and one amusingly arbitrary number. Why 14 movies? Is it because the list inexplicably begins with 13 Ghosts? Is it a Kabbalah thing? Related to ancient numerology?

As a fan of unnecessary adverbs, I’m delighted that the folks over at answers.com managed to fit two redundant adverbs into a single unwieldy headline, though it’s possible they felt it was necessary to soften the blow for readers who would devastated by the unconscionably brutal, straight-up statement that 14 films they dig are actually quite bad. Some works of art make brilliant use of every note, every sound, every period: Nothing is wasted. In “14 Movies You Thought Were Good But Were Actually Quite Bad,” on the other hand, every single word is wasted. There’s an almost poetic, haiku-like succinctness to the way the article uses anywhere between two to four simple sentences to say absolutely nothing about each movie it lists.

The piece embodies an ubiquitous strain of online headlines that somehow know exactly how you, the reader, feel about things. These articles make a lot of assumptions. They tend to be condescending and insulting, assuming an extremely limited range of experiences and opinions among the public. In advertising, there’s a theory that commercials have to be abrasive or provocative to penetrate people’s innate resistance to being sold something they probably don’t need. I wonder if a similar dynamic is at play with clickbait. Headlines promising that readers will shit themselves, or howl with joy, or have their lives completely transformed, if they just watch a video of a puppy playing with a kitten, or Jon Stewart taking on Fox News—that hyperbole is a way of pushing past readers’ innate resistance to being subjected to yet another needy, desperate, substance-light online article nakedly braying for attention. Readers may be insulted or annoyed by these pieces, but they do react, and that’s the first step toward pageviews. And advertising money.

Presuming to know how readers will feel about something is a dubious, disingenuous proposition at best, but it becomes particularly bizarre when that certainty gets applied to the conviction that answers.com users obviously think the following films are all “good”:

The piece’s title suggests it’s a list of overrated films. But who’s overrating 13 Ghosts, Scary Movie, Super Mario Bros. or Pearl Harbor? Cultural consensus and conventional wisdom regard them all as terrible: Most fall well below 20 percent “fresh” on Rotten Tomatoes, with the best-rated of the bunch, Scary Movie with 54 percent, still qualifying as “rotten.” The entry for the first film, 13 Ghosts, reads: “A great premise that could have worked well if the movie didn’t look like it was shot inside a rave. It’s a darn shame too.” Apparently there’s no point in pointing out what the premise is, since readers undoubtedly remember 13 Ghosts so fondly. The writer was then apparently too exhausted by the effort of making that “shot inside a rave” argument to spare even one more word of quasi-analysis.

The criticisms in “14 Movies You Thought Were Good But Were Actually Quite Bad” are so vague and malnourished, they feel like parodies of terrible criticism. For instance, this bold take on Avatar: “There were many people who saw this movie and found the story to be dull.” Take that, Oscar-nominated top-grossing film of all time! Who are these vague “many people”? Whoever they are, they clearly aren’t reading this article, because they don’t fall under the banner of people who need to be disabused of the notion that Avatar was good. There’s more: “Then a few years passed and the once spectacular special effects aged enough to let the lagging storyline show through,” a perfect example of the sort of pseudo-criticism articles like this one traffic in. These pieces present the flimsiest illusion of analysis while offering half-assed opinions as fact. In the realm of film-related clickbait, it’s no longer necessary to provide an argument of any sort, just random shrugs of unsupported opinions dusted in snark.

These articles appeal to an innate sense of schadenfreude in readers, the desire to see sacred cows taken down a notch, and conventional wisdom irreverently refuted—even where there is no conventional wisdom to be refuted. Society has not actually hoisted 13 Ghosts and Super Mario Bros. onto lofty pedestals they needed to be knocked off of.

Great online articles generally resemble beginnings of conversations. They offer substantive arguments built on facts, experience, and expertise. They say something, and they prompt healthy debate, both in the comments section and elsewhere. Clickbait articles, on the other hand, proliferate like cockroaches breeding in darkness. Why are we so irrevocably drawn to them? And will there be a tipping point when these obnoxious fixtures of contemporary culture can be finally and conclusively discarded, like AOL discs flung in the trash, a sorry artifact of an uglier and stupider Internet age?

Instead of civilized conversations between people who trust and respect each other, clickbait pieces more closely resemble being shouted at in the street by an obnoxious stranger, assuming an intimacy and informality with the reader that exists solely in the stranger’s mind. They fill the Internet with content-free content that contributes nothing to the culture beyond making it a dumber, more juvenile place. And that is just a darn shame.