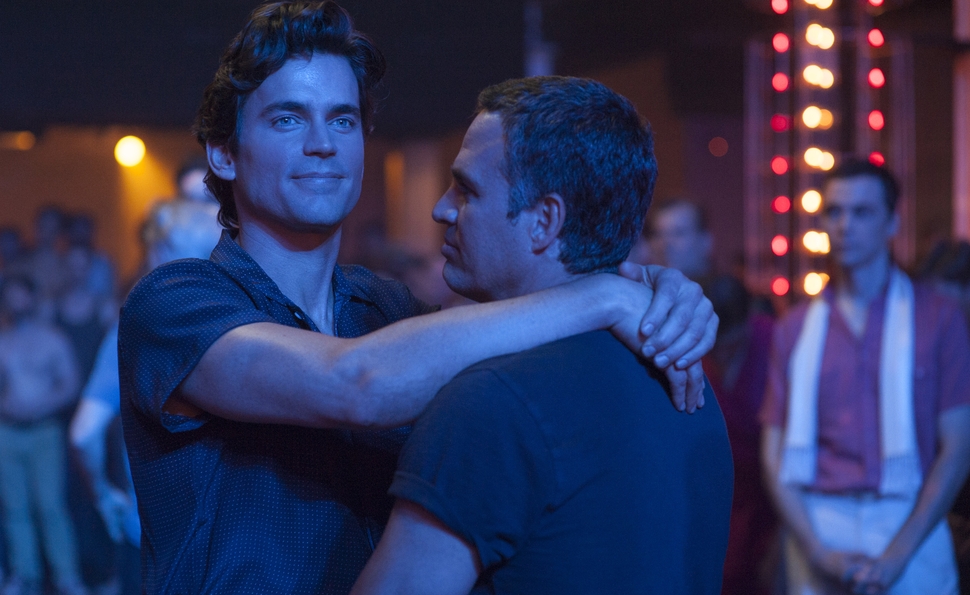 A character in the recent HBO film The Normal Heart flips through his Rolodex after receiving a phone call. A friend—another friend—has died of the mysterious illness still known colloquially as “gay cancer,” and rather than deposit his contact information in the trash, he gently removes it from its rolling case, bundles it with a thick pile of similar cards, and places it in his desk drawer. An accidental memorial to the dead, those felled by AIDS, blooms. “We’re losing an entire generation,” Tommy Boatwright (Jim Parsons, reprising his role in the 2011 Broadway revival) says at the funeral service. “All those plays that won’t get written now, all those dances never to be danced.” A new wave of gay-themed films and television series, of which The Normal Heart, directed by Ryan Murphy, is one of the more prominent representatives, serves as a collective response to all those unwritten plays and undanced dances. Gay history—all those stories not told—animates, and provides historical context for, these works.

When Larry Kramer’s play premièred in 1985, it was a breaking-news polemic, searing outrage shaped and formed into a familiar artistic format. Now, some 30 years later, The Normal Heart is a history play. Its portrait of the early years of the AIDS epidemic is no longer an urgent attempt to shift public policy. Instead, the return of The Normal Heart to the public eye is part of an effort over the last decade to historicize gay stories.  Where once it might have been enough to simply tell a story with gay characters, more recent gay-themed films and television series have sought to widen the scope of history to include gay stories, and gay struggles.

Not all these films are worthy as history; last year’s Dallas Buyers Club may feature Oscar-winning performances from Matthew McConaughey and Jared Leto, but is shamefully misinformed about the science of fighting AIDS. One would never know from the film that AZT, the drug repeatedly lambasted by McConaughey’s Ron Woodroof as useless and potentially poisonous, would become essential to the antiretroviral cocktail of drugs prescribed to AIDS patients, while the drugs peddled in the film proved entirely useless.

But even so, for the bulk of film history, gay stories like these were invisible. A fussy Edward Everett Horton character in a 1930s musical might telegraph gayness to an audience, but fey characters like Horton’s were present only as comic relief, or as a respite from the romantic main theme. A persistent subtheme of the last decade of American film has been the effort to reinsert gayness into those stories, and genres, from which it had been excised. The perfectly calibrated Douglas Sirk melodrama of Todd Haynes’ 2002 film Far From Heaven was tweaked to allow for the insertion of Dennis Quaid’s closeted family man. Melodrama is about emotion amplified and exaggerated; under Haynes’ expert eye, it also became about those emotions that were denied, buried away until they became indistinguishable from their background. Gus Van Sant’s hagiographic Milk kicked off the new gay-history cinema in earnest in 2008, carefully adapting the by-now-familiar biopic model for a figure who would not traditionally be the recipient of such extended consideration. Room was made for one more at the table; Harvey Milk, the first openly gay elected official in the United States, was a figure whose story was worthy of being told now, too. 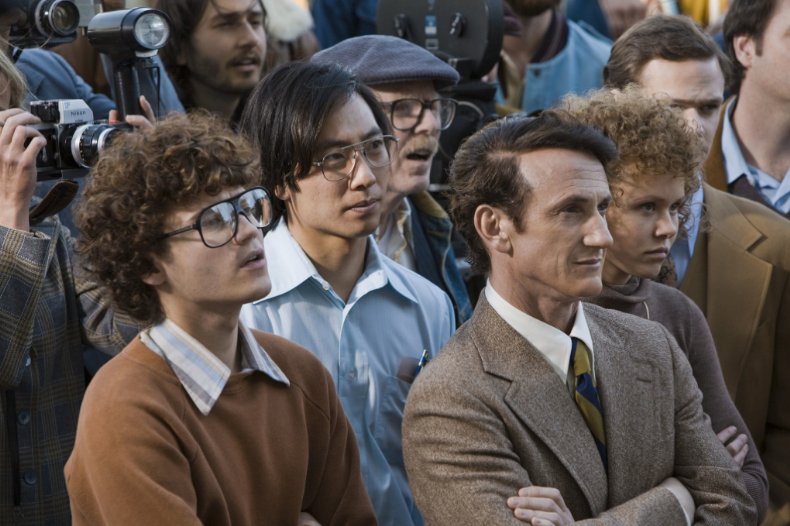 “1985 BUSH FINDS JESUS,” Oliver Fields (Ewan McGregor) tags a nondescript Los Angeles wall in Mike Mills’ 2010 film Beginners. “2003 BRITNEY SPEARS MOST GOOGLED,” reads another. When asked what these strange messages mean, Oliver responds, “Historical consciousness. Something bigger than myself.” This comic aside is the Rosetta Stone of the deeply moving Beginners, a romance intent on placing its drifting characters firmly in a social and historical context. McGregor’s mourning son remembers his dead father Hal (Christopher Plummer), out of the closet at 75 after being married for 44 years, while tentatively pursuing a relationship of his own with a visiting actress (Melanie Laurent).

The film is broken up by interludes intended to complicate the simplistic notions of the romantic comedy. “This is where my parents lived in 1955,” Oliver says, as two arrows appear on a map of Los Angeles, “and this is the home where the first gay-rights group were secretly meeting.” His father’s curatorial exhibition on children’s toys premières the same year as a man named Gilbert Baker creates the first gay-pride flag. “What is real? Does it hurt?” Oliver reads from the exhibition’s entry on The Velveteen Rabbit. “Does it happen all at once? It takes a long time.” Beginners demands viewers feel that sense of duration—the unbearable length of Hal Fields’ time spent denying his deepest self, and the brief few years spent truly living (which includes joining a gay movie club where he and his friends watch—what else? —the Oscar-winning documentary The Times Of Harvey Milk). 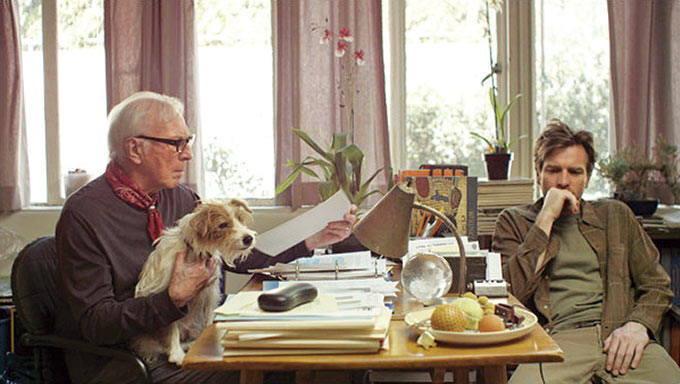 “This is the only place my father could hide and have sex in the ’50s,” Oliver tells us, over an image of a public restroom. “My father says if you got caught by the vice squad, you could lose everything. This is everything.” We are shown an array of images of happy families and towheaded 1950s children taken from advertisements. The yawning gap between those pictures and the life of Hal Fields, American, is Beginners’ historical consciousness in action. We all live in Extending and amplifying the notion of recovered history, James Franco and Travis Mathews’ experimental 2013 film Interior. Leather Bar. revisits William Friedkin’s famously misguided gay-demimonde crime thriller Cruising, professing to re-create 40 minutes of footage removed from the original film because of its explicit content. Mingling fiction and documentary, the film is actually not quite as advertised. We only see approximately five minutes of the re-created footage, in which the Pacino cop character visits a gay club while undercover. The re-imagined Cruising is mostly a dodge, less about Friedkin’s film than a hall-of-mirrors look at Hollywood homophobia.

Franco revisits Cruising as a means of undoing its spell; as he argues while at lunch with his lead performer, Val (Val Lauren), he is seeking to replace the “deep, dark, evil place” of the original film with a “beautiful and attractive” depiction of gay life. The much-promised club scenes, when they do arrive, are rapid-fire images of men checking each other out, drinking, dancing, smoking, and having sex, all intended to undermine the original’s gay panic. As he says later in the film, “The idea of things is so much fucking bigger than they actually are, once you see them and do them.” 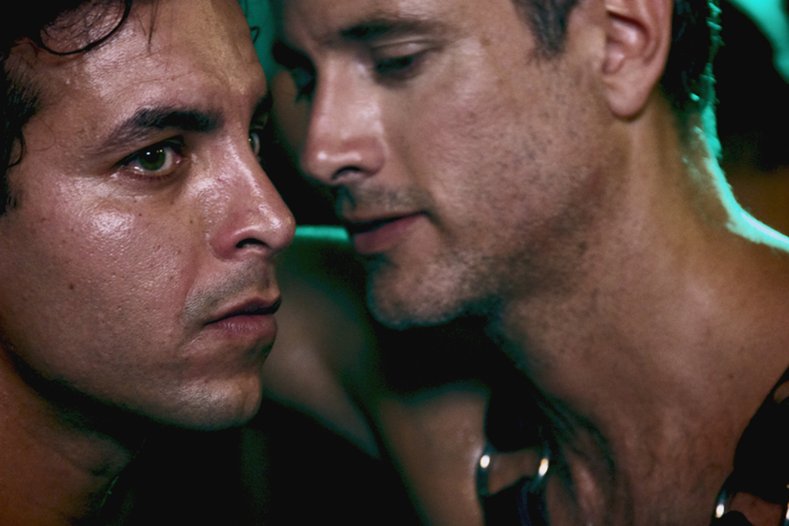 Interior. Leather Bar. is a historical project predicated on re-editing history to make room for homosexuality. Similarly, David France’s astonishing 2012 documentary How To Survive A Plague attempts to document, through the use of found footage, what it felt like to be a gay man at the height of the AIDS epidemic. (Another documentary, 2011’s We Were Here, tells a similar story from the perspective of the caregivers to the dying.) The shoddy VHS-quality footage is essential to the film’s aesthetic; this movie is painful to watch, in all senses of the term.

Discrete moments of How To Survive A Plague are almost unbearably difficult to sit through: the litany of names read at the unveiling of the AIDS blanket; the men who scatter the ashes of loved ones on the White House lawn as a form of heartbreakingly intimate protest; the footage of ACT UP member Bob Rafsky’s young daughter, distraught at her father’s funeral in 1993. (Many of its details, from the AIDS victims removed from hospitals in black trash bags to the blistering accusations of malfeasance against Mayor Ed Koch and President Ronald Reagan, are also found in The Normal Heart.) How To Survive A Plague is unyielding in its insistence that this, too, is American history: Once police officers wore rubber gloves at AIDS protests, out of fear of catching the disease themselves. Peter Staley, one of the key figures in the film, appears at the end, HIV-positive but unexpectedly still alive, and bursts into tears, burdened by the weight of all those who did not survive the plague years. 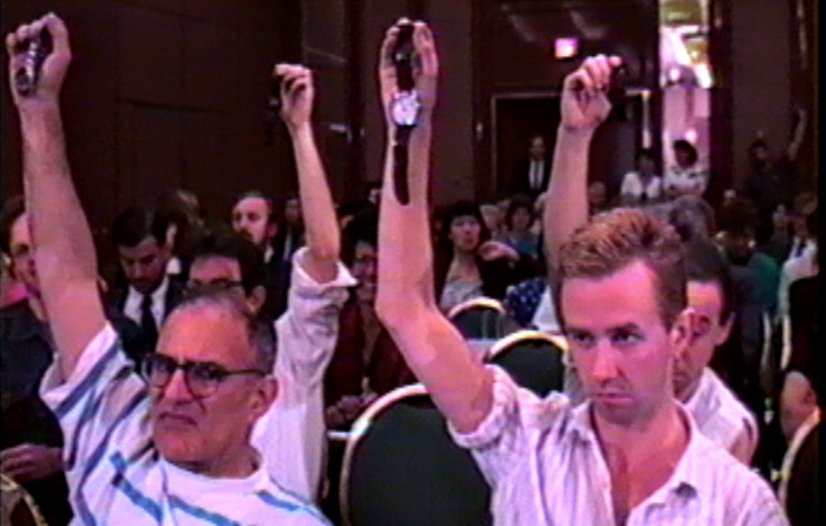 Where Interior. Leather Bar. seeks to plead the case to the straight world, the underrated HBO series Looking prefers to remind young gay men of preceding generations that paved the way for their humdrum lives. Looking, set in San Francisco, is matter-of-fact about gayness; its characters are the children of How To Survive A Plague, arriving after the sexual revolution, and after AIDS.

Show creators Andrew Haigh and Michael Lannan provide some ballast for what might threaten to become a weightless endeavor with Scott Bakula’s Lynn, a successful florist roughly two decades older than 40-year-old Dom (Murray Bartlett), who turns to him for assistance with his pop-up restaurant. Bakula is the historical conscience of Looking, remembering a past San Francisco of hard-won freedom and tragedy, and the role played by his flower shop during the height of the AIDS epidemic. “It must have been cool back then,” Dom giddily asks Lynn after hearing a story of past adventures. “It was, it really was,” Lynn responds. “And then it wasn’t.” The series is studded with such asides, reminders that the life of a young gay man was not always quite so carefree as Dom and his friends might believe it to be. 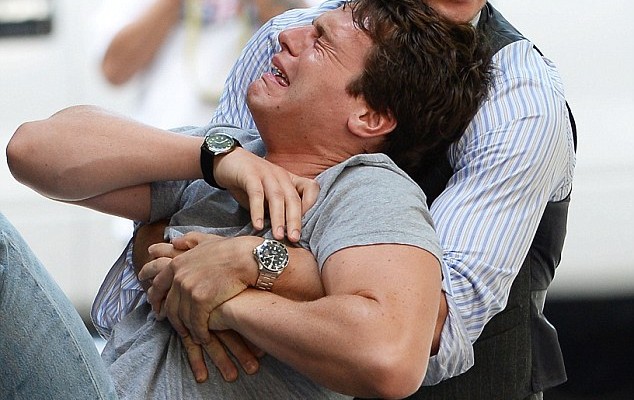 Murphy’s film adaptation of The Normal Heart is, to be blunt, a mess. The first hour is misshapen, its characters unfocused, its dialogue occasionally risible. But the film is still essential viewing for its second hour, in which its self-described “asshole” protagonist, Ned Weeks (Mark Ruffalo), comes face-to-face with loss and rages against an uncaring establishment ill-inclined to tackle a public-health emergency when the afflicted are primarily gay men.

Ned’s righteous fury smolders from the fire of unspeakable terrors: the friend who had to take a dead friend home from the hospital in a black garbage bag, the presidential aide more interested in determining whether he could be susceptible to AIDS from an encounter with a prostitute than helping the genuinely sick. Ned is a crank and a jerk, but he is also capable of seeing the terrifying future where others remain willfully blind. Bearing witness to a world that insists on rendering him invisible, he demands to be seen. “A gay man is responsible for winning World War II,” he says, speaking of Enigma codebreaker Alan Turing. “That’s how I want to be remembered—as one of the men who won the war.”

What is happening in The Normal Heart, and in all these films and television series, is an attempt to widen the funnel of American history to incorporate gay stories—to argue that gay stories are American history, too. Americans spend a lot of our collective energy arguing over the idea of rights—who gets to marry, who should be protected from discrimination—and rightly so, but another essential, and much fought over, right is the right to tell your own story, to have your story be a part of the collective patchwork fabric of history. This transition is reminiscent, in many ways, of what happened for Jews and African-Americans sometime in the recent past—to be able to write not only Invisible Man, but Beloved; to make Schindler’s List, not just The Jazz Singer. Taking hold of the past is the surest way of having a future.