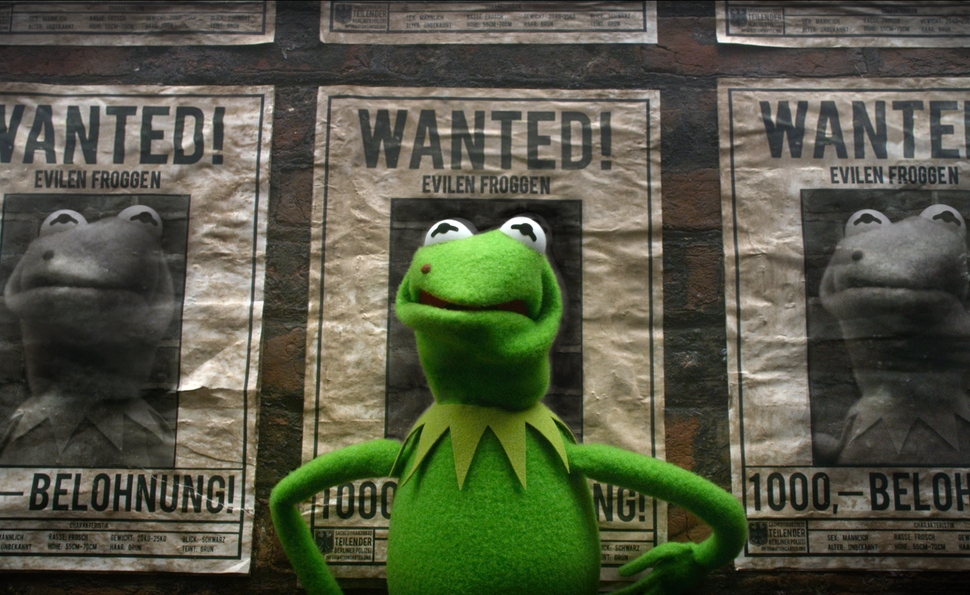 When Kermit the Frog and company returned to the big screen in 2011’s The Muppets, (thanks in large part to the efforts of star and writer Jason Segel, Segel’s co-writer Nicholas Stoller, and director James Bobin), fans’ cautious optimism was rewarded with a funny, heartfelt film that stands up against the early Muppet films made when Jim Henson was still alive. But when it was first announced, it raised plenty of questions. Would Segel’s clear enthusiasm for the project translate into a good script? Would the first Muppet movie without either Jim Henson or his son Brian truly capture the Muppets’ spirit? Happily, the answer to both questions was a resounding yes. But with Bobin’s second Muppet outing, fans have asked a different question: “Haven’t we seen this one before?”

Muppets Most Wanted contains all the classic elements of a great Muppet movie. In fact, it has all the classic elements of one particular Muppet movie: 1981’s The Great Muppet Caper. The sophomore Muppets effort put the gang into a European-set heist film full of schemes, mistaken identities, and an action-driven plot providing grist for pratfalls and puns. And Bobin’s sophomore Muppets effort—which he co-wrote with Stoller—does much the same thing. Once again, the gang stumbles onto a master criminal’s scheme, a Muppet is mistaken for the criminal, and London provides the setting for a heist and fodder for jokes about Europeans’ foibles.

Hollywood has long taken flak for its love of remakes and sequels. But the Muppets are the latest franchise to fall into a newer love: remakes of sequels. Two of 2013’s biggest hits, Man Of Steel and Star Trek Into Darkness, were essentially remakes of Superman II and Star Trek II: The Wrath Of Khan, respectively. The Muppets seem to be going down the same path, giving fans familiar characters, in a familiar setting, in a movie they’ve more or less watched already.

It’s easy to understand the appeal for Muppet parent company Disney. The Muppets spent a dozen years in the wilderness between 1999’s Muppets From Space and The Muppets, releasing only a pair of less-than-beloved TV movies. After successfully reviving a moribund franchise, the last thing a studio wants to do is screw it up. So why not hedge every possible bet and rehash one of the gang’s most successful outings, instead of taking a gamble on a new idea, just like the Star Trek and Superman films did?

While the financial considerations are obvious, there might be creative issues as well. Extending a franchise indefinitely is a sure way to show a property’s limitations. With each Superman reboot, screenwriters and directors have to deal with the problems of how to write an interesting story about an invulnerable guy who always wins, and the fact that Superman doesn’t have the roster of movie-worthy opponents that, say, Batman has. As a result, in seven big-screen outings as of Superman And Batman, we’ll have General Zod as the villain twice, and Lex Luthor five times. (Superman II had both, only Superman III had neither.)

While this seems like a terrible lack of imagination on filmmakers’ part, it may not be the worst creative decision. Does the world really need a gritty Superman reboot involving Mr. Mxyzptlk? Does anyone consider Gus Gorman, Richard Pryor’s goofball computer hacker in Superman III, one of the classic supervillains? There are possibilities for Superman other than pitting him against the same evil genius and fellow Kryptonian over and over. But the other options—using an established villain not known to the wider public, or inventing a villain whole cloth—are risks, and studio filmmaking is an increasingly risk-averse business.

It’s more disappointing that J.J. Abrams chose to take Star Trek to places it’s already gone before. For Star Trek Into Darkness, Abrams revived Khan, the series’ best-loved villain, used most memorably in the series’ best film. But even in 2009’s Star Trek, Abrams relied on the household-name quality of Kirk, Spock, and their crewmates, recasting those familiar characters with new actors rather than moving the franchise forward with new characters or a new setting.

On one hand, it made for a surefire proposition. Star Trek has a Superman-level cultural ubiquity: People who don’t like science fiction still know Spock has pointy ears, and Scotty beams people up from time to time. But while Trek does have iconic characters, the strength of the franchise is that it doesn’t need them. The joy of watching Star Trek has long been the sense of limitless possibility and flexibility the premise affords. The starship Enterprise can go anywhere and do anything from week to week, and beyond that, spin-offs set on a space station in hostile territory, or a ship lost in space, with different characters and a different tone, still feel like Trek. The series’ first 10 films span two unrelated casts, and from one movie to the next, they shift from action to comedy to philosophy to pure scientific wonder. The execution varies wildly, but the franchise was built to tackle a wide array of premises.

Superman’s caretakers may chafe against the character’s limitations, but Abrams has actively created limitations for Star Trek. He’s done a fine job of making fast-paced, enjoyable action movies, but that’s as far as Trek is going to go in his hands. There have been no hints about a storyline for the third Trek outing of the Abrams era (nor is it clear how heavily Abrams will be involved), but if patterns persist, you can bet a case of Romulan ale that Kirk and the Enterprise will face an old familiar foe (probably the Klingons), there’ll be a couple of whiz-bang setpieces, Kirk will be reckless but then learn an important lesson about responsibility, and at the film’s climax, Spock’s unemotional façade will crack in a dramatic moment. It will no doubt make for an entertaining spectacle, but it won’t tell us anything new about these characters or the galaxy they live in. 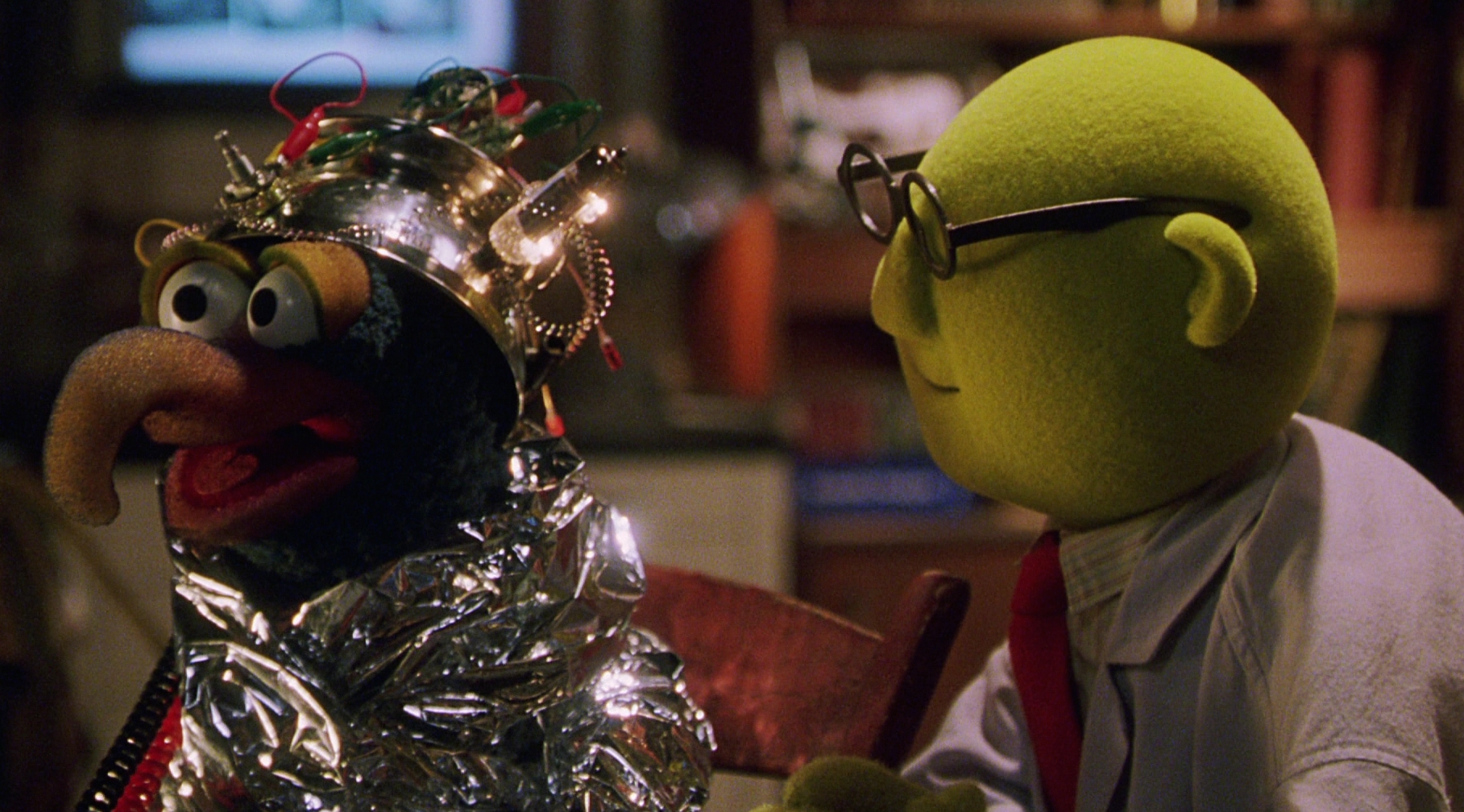 Which brings us back to the Muppets. Is there an inherent limit to what talking, singing animal puppets can do in a movie? Or are studios simply too timid to push those limits? On the big screen, the Muppets have generally run through two basic plots: “Let’s put on a show right here!” (The Muppet Movie, The Muppets Take Manhattan, The Muppets), and “Let’s re-enact a beloved story that’s safely in the public domain right here!” (The Muppet Christmas Carol, Muppet Treasure Island, The Muppets’ Wizard Of Oz). Only Muppets From Space doesn’t fit the mold, and it’s an oddball in the series for numerous reasons, as it focuses on Gonzo instead of Kermit, and has no original songs. But that film aside, the Muppets operate in a small number of modes, and “Let’s get involved in a caper of some sort right here!” has become the third thing the series can do.

Or at least it's the only other option Disney seems willing to try. One reason The Muppets worked so well was that it showed a different side to the characters—the gang wasn’t a big, happy family at the onset, and Kermit was emotionally distant and frustrated after years of being the calm center of a whirlpool of madness. These were new beats for a Muppet story to hit, but not at all out of character with what came before. Casting new light on well-known characters is part of the joy of a long-running series (as Skyfall showed in 2012), and both recent Muppets films have been awash in nostalgia for the characters and their history.

Muppets Most Wanted is entertaining, and it isn’t an carbon copy of The Great Muppet Caper. (Into Darkness had far more callbacks and fan service.) But it also didn’t do anything new. In the right hands, there’s still more depth to be explored in these beloved characters, and a wealth of new situations they could conceivably be put in. The sheer number of movie parodies Sesame Street has made with Cookie Monster alone in the past few years suggests his felt brethren could tackle any number of genres with entertaining results.

This unwillingness to try new ideas might just be the growing pains of a new blockbuster era. While in decades past, a movie franchise might be a trilogy of films with a fixed endpoint, an increasing number of movies are working on the James Bond model—a movie every few years, with the cast changing every few movies, but no end to the parade of Spider-Mans and Fast and Furiouses. Moviegoers may end up seeing Indiana Jones Goes Back To Get The Grail Out Of That Chasm and Goldfinger-er (not to mention The Muppets Take Brooklyn) before the current play-it-safe era is through. But one thing is certain: Star Trek (and Star Wars) will one day pass on from J.J. Abrams’ hands. One day, another writer will walk into the Muppet theater, carrying the same enthusiasm as Jason Segel—and Henson before him. Maybe then, we’ll see some new stories.