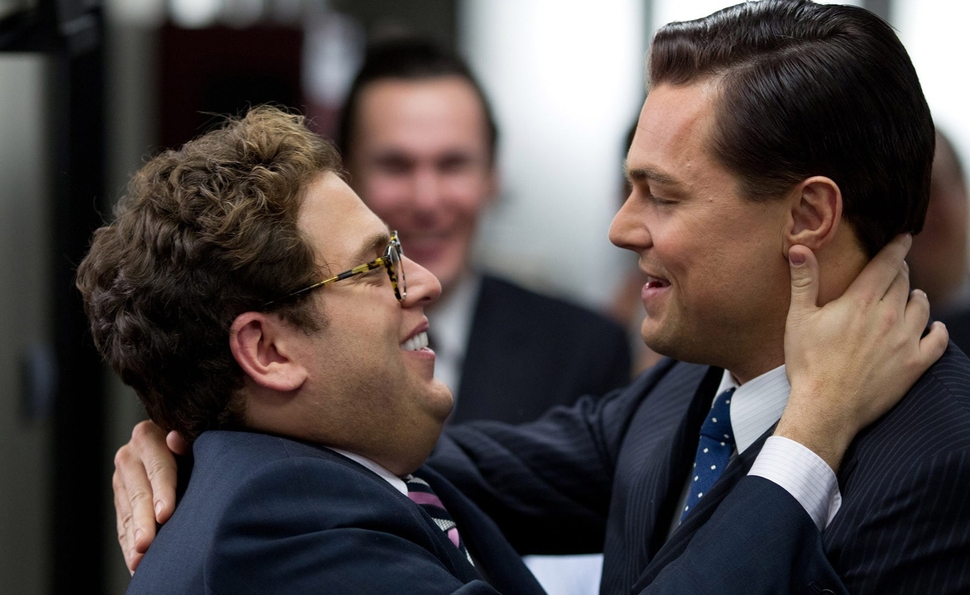 The Globes’ definition of “comedy” tests the limits of categorization

The Best Motion Picture—Musical Or Comedy category at the Golden Globe Awards boasts a long, rich history of randomness. One of the two Best Motion Picture awards handed out annually by the Hollywood Foreign Press Association—the other is the Drama category—its nominees are often happily unconventional at best, colossally wrong-headed at worst, and in sync with the Academy Awards only rarely. Over the past decade, only 10 films recognized in this category have also landed in the Oscar Best Picture race, with just one—2011’s The Artist—capturing both the Hollywood Foreign Press statuette and the one presented by Hollywood-industry peers.

This year, things are different. When the Golden Globe nominees were announced last week, the comedy/musical lineup revealed itself as the strongest in recent memory, possibly ever, with five films—American Hustle, Her, Inside Llewyn Davis, Nebraska, and The Wolf Of Wall Street—that could very well wind up on the final list of contenders at this year’s Academy Awards. The hitch: Technically, none of these movies is a comedy. 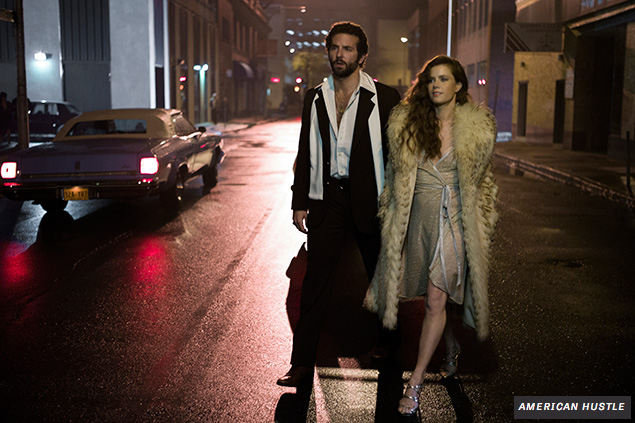 Okay, there are enough consistent laughs in American Hustle (science oven!) to make its inclusion understandable. And yes, each of the other nominees contains some memorably humorous moments. There’s a bravura slapstick sequence in The Wolf Of Wall Street, for instance, that explicitly compares its dark cartoonishness to a cartoon, while it’s happening. Still, that doesn’t mean a Wolf Of Wall Street DVD would ever be filed on a comedy shelf in a Blockbuster store, even if we still lived in a world where Blockbuster stores existed. And while Inside Llewyn Davis could technically be defined as a musical based on the Foreign Press’s deliberately liberal guidelines —“Musicals shall be defined as a comedy or a drama where the songs are used in addition to spoken dialogue to further the plot”—it’s difficult to think of its wintry hues or world-weary protagonist as anything other than dramatic. (Rotten Tomatoes categorizes all of these movies as dramas except Her, which is billed as a comedy.)

We all know how this sort of thing happens. Studios routinely submit their contenders where they think they have the best chance of success. This also happens at the Oscars, where actors who are clearly leads often compete in Supporting Actor categories, because the odds there may be more clearly in their favor. But it’s almost unheard of to see a Golden Globes ceremony where the outcome of Best Comedy Or Musical race is more compelling than that of the more “prestigious” Best Drama category. (This year, I’d argue that only three out of the five nominated films—12 Years A Slave, Gravity, and Captain Phillips—really deserve to be there. If any of the alleged comedies had competed on the other side of the Best Motion Picture divide, Philomena and/or Rush would have been also-rans.)

So why does any of this matter, given that the Golden Globes are decided by a relatively small organization that seems mostly focused on hosting an annual event designed to get celebrities drunk on live TV? For starters, as bogus as the Globes can be—Hey, remember a couple of years ago, when The Tourist got nominated?—the ceremony broadcast reaches a lot of people. Last year, more than 19 million viewers tuned in; the year before that, nearly 17 million watched. Those aren’t Academy Award numbers—the big Hollywood dance routinely attracts an audience of 35 million plus—but that’s still a lot of attention, even more when we factor in the real-time Globes-related snarkery unleashed on Twitter. (The Golden Globes was truly waiting all its life for Twitter.) 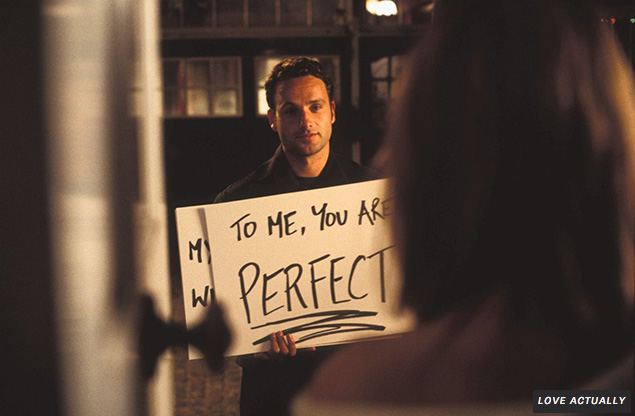 That means the Globes, for better and sometimes embarrassingly worse—Hey, remember that other other time, 10 years ago, when Love Actually was nominated?—is a major platform for raising awareness of films and TV shows that members of the public either overlooked entirely, or wanted to see but didn’t. That makes all this year’s Best Musical Or Comedy nominees, genre-appropriate or not, particularly welcome. Even though the Hollywood Foreign Press sometimes increases the number of nominees for Best Drama for seemingly arbitrary reasons, there’s no way all five of those contenders would have made the final cut if they’d taken their shot as Best Drama. But now, with all of them in the mix, the potentially millions of American who tune in for another edition of Tina Fey And Amy Poehler Crack Genius Jokes About James Cameron will be reminded that they really should check out Her or Nebraska—doubly reminded if any of these films gets the Salmon Fishing In The Yemen treatment courtesy of Kristen Wiig and Will Ferrell.

That’s good news for the studios who will benefit from any modest bumps in ticket sales or on-demand downloads, but also good news for those who believe general audiences should be encouraged to see high-quality films. If someone watches the Globes and walks into a screening of Inside Llewyn Davis expecting a straight-up musical, but still winds up entranced by the songs, the melancholy filmmaking, and the quotable quips about cat scrotums, then frankly, that’s cause for celebration. On the other hand, if that theoretical person walks into Wolf Of Wall Street expecting a fizzy comedy and is greeted by the sight of Leonardo DiCaprio snorting cocaine out of a… well, let’s just say the Musical Or Comedy expectations could either work for or against some of these films.

Here’s the disappointing part of this whole comedy-not-comedy thing: The 2013 movies that are self-defined as comedies won’t be able to bask in the same kind of awards-related sunshine. This year hardly marks the first time the Hollywood Foreign Press has recognized movies in this category that didn’t quite belong. I could fill a column with nothing but past examples, either nominees that aren’t wholly comedic—My Week With Marilyn, Pride & Prejudice, Eternal Sunshine Of The Spotless Mind—or simply had no business being nominated for anything (My Big Fat Greek Wedding, Patch Adams, My Best Friend’s Wedding). Still, over the years, the Globes have managed to honor some fantastic, beloved comedies that never have a chance at the Academy Awards because—as has been lamented on many previous occasions—Oscar tends to turn up his tiny golden nose at anything too honest about its desire to get giggles. Smaller (though still mainstream) gems like 50/50, About A Boy, and Ed Wood have all been nominees, as have major hits that are now widely considered classics of the genre, including Airplane!, When Harry Met Sally…, and Ghostbusters. No matter how dumb the Golden Globes get, it’s hard to entirely dismiss any awards ceremony smart enough to nominate Back To The Future in one of its Best Picture categories.

Marty McFly would have remained a revered, 1.21-gigawatt-level movie hero with no help from the Hollywood Foreign Press. But this year, some sharp, marvelously acted comedies that didn’t achieve Back To The Future-level success—movies like The World’s End or The Way Way Back—might have appreciated a bump of recognition from one of the year’s most watched awards shows. But with Scorsese and the Coen brothers in the mix, it was pretty impossible to break through. (Good news for both those movies: They were nominated earlier this week in the Critics’ Choice Awards’ Best Comedy category, along with American Hustle, which also scored comedy acting nominations for Christian Bale and Amy Adams. Leonardo DiCaprio also got a nod for Best Actor In A Comedy, proving that, contrary to my opinion, both American Hustle and Wolf Of Wall Street may just be the laugh riots of corruption and debauchery that America has been waiting for.) 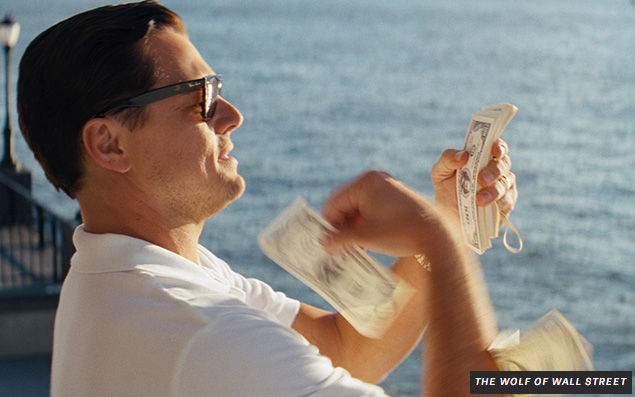 One could easily argue that putting comedy in a separate category automatically makes any movie nominated there seem “lesser than” the big kids who get nominated for Best Drama. Owen Gleiberman of Entertainment Weekly mentioned that danger in a recent column about the Globes’ Musical Or Comedy category: “The reason the characterization of American Hustle as a comedy is perhaps harmless, but also a little irksome, is that it seems to be a product of market-think, of how to sell the movie (‘Relax, people, it’s just a comedy!’). And so it plays, potentially, as a trivialization of the film’s achievement.”

But that shouldn’t trivialize its achievement. As we all know, most ambitious and memorable movies contain splashes of comedy and drama, moments that can leave viewers shaking with laughter as well as just plain shaken. Some of the very best films, this year and any year, are simply impossible to categorize. They are gloriously unclassifiable mash-ups. All five of the Golden Globe-nominated comedies this year certainly fit that description. They aren’t comedies, but they also aren’t not comedies.

Assuming that anything productive can come from this much deep thought about the Golden Globes, maybe the most productive thing we can do is to stop framing the comedy classification as a trivialization. Maybe it would be better to think of this year’s crop of Golden Globe nominees as further proof that comedies can be just as rich, complex, and thought-provoking as the most gravely serious dramas. And yes, that does include those comedies that have no qualms about calling themselves exactly what they are.