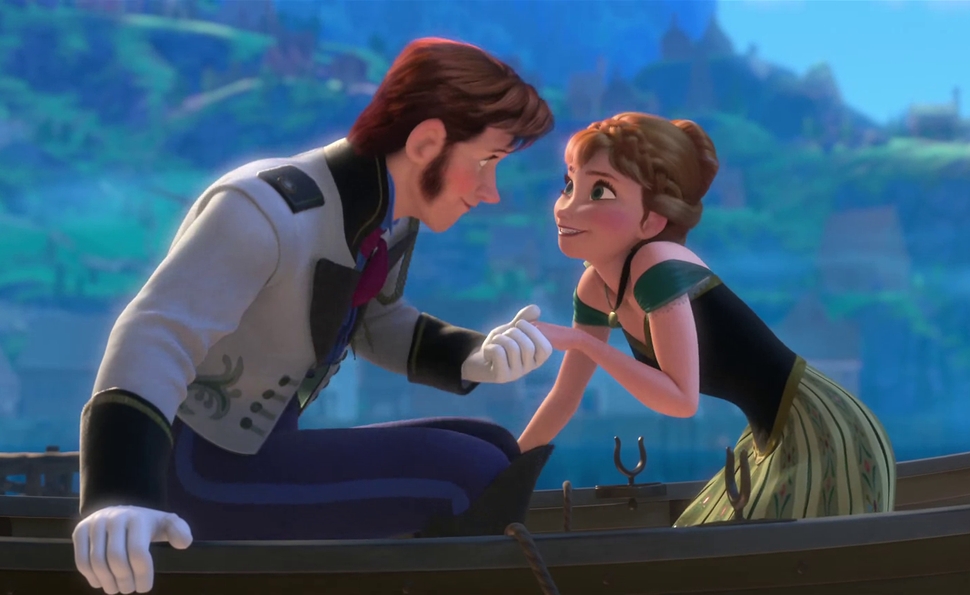 Animation is still trying to come of age at the Oscars

To compete in the Best Animated Feature category at the Academy Awards, a film must meet certain requirements. Its running time must exceed 40 minutes. Seventy-five percent of that running time must consist of frame-by-frame animation. And like all Oscar-eligible movies, it must screen theatrically in Los Angeles for at least a seven-day period. The contenders in this category aren’t, however, obligated to cater to audiences under a certain age. But since the Animated Feature race was born in 2001, its nominees and winners have largely been family-friendly releases, the kinds of movies that generate critical acclaim alongside opportunities for Happy Meal tie-ins. If the Academy Awards are a Thanksgiving banquet for the cinematic elite, the Best Animated Feature contenders are perpetually seated at the kids’ table.

This isn’t surprising, since most animated films in America are developed and distributed with wide-eyed children in mind. Adults can appreciate many of those releases, which aren’t necessarily unworthy of Academy recognition. Indeed, it’s hard to argue that many past winners of the Best Animated Feature prize—Spirited Away, Finding Nemo, WALL-E—are anything other than sophisticated, carefully rendered, heartbreaking works of staggering genius. Still, the track record in this category does raise the question of whether an animated film with more adult themes will ever trump the blockbuster eye-poppers that transfix the LeapPad-and-Lego crowd. That’s a question that’s especially relevant given the way this year’s Best Animated Feature race appears to be taking shape.

Earlier this month, the Academy announced that 19 films had submitted for consideration in the Animated Feature category. From that pack, one—Disney’s Frozen, the studio’s forthcoming update of Hans Christian Andersen’s The Snow Queen—has been dubbed the likely winner in various Oscar-prognosticating corners of the Internet. Hitfix called it the frontrunner in the category. As of this writing, the Gold Derby expert rankings place Frozen in first place. Rope Of Silicon’s Brad Brevet even called the race for Frozen in his Oscar predictions way back in March.

It’s easy to see why this is happening. There are compelling reasons, even at this premature stage, to argue in favor of a Frozen win. Early critical response to the film has been overwhelmingly positive. It contains a lot of the ingredients traditionally expected from a quality Disney animated work: Broadway-esque songs, a sense of adventure, and an endearingly quirky supporting character (in this case, Olaf the summer-loving snowman). Most importantly, if Frozen takes the Oscar, it will mark the first Animated Feature win for a Walt Disney Animation production, providing the Academy with an opportunity to honor the present and past work of the studio that brought animated motion pictures to the mainstream. 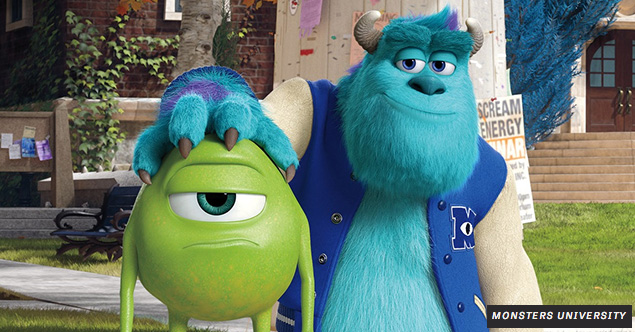 Considering that this year has been viewed as a relatively weak one for animation—Pixar’s entry, Monsters University, is pretty meh by the studio’s standards, and much as everyone loves minions, it’s hard to imagine them winning an Oscar for Despicable Me 2—Frozen seems to have a clear, snow-shoveled path to victory. But there’s a potential challenger that could stand in its way.

That would be The Wind Rises, announced as the final movie from one of the most celebrated filmmakers to ever work in the medium, Hayao Miyazaki. Like Frozen, The Wind Rises has already been applauded for the quality of its animation. It’s earned laudatory reviews from critics. And it’s been trumpeted as the swan song of a master craftsman. Miyazaki has won just one Academy Award during his long career, the Best Animated Feature prize for Spirited Away in 2002. Another statuette would be an appropriate way for the Academy to wish the Japanese virtuoso a fond, well-deserved farewell.

But as The New York Times recently pointed out, some voters may find it hard to embrace The Wind Rises because, despite what writer Brooks Barnes describes as its “strong pacifist message,” the movie happens to be inspired by the life of Jiro Horikoshi, the engineer who designed the Zero fighter plane used by Japanese pilots during World War II, including the attack on Pearl Harbor. When the film was released this summer in Japan, it generated strong box-office returns—and criticism from those who disagreed with the anti-war politics Miyazaki expressed in a widely read, controversial essay he penned. He’s said in interviews that he wanted to capture the beauty of Horikoshi’s aeronautical ambitions, as well as the regret caused by the destruction his creations enabled. “What he’s trying to do is portray the fact that there were actually people involved in that war effort, and that people made compromised decisions,” Linda Hoaglund, Miyazaki’s former translator, said in a recent NPR piece. “He’s trying to say we’ve already been down the path of war, and it nearly ruined us. Let’s not go back.”

Suffice it to say, The Wind Rises deals with far more serious and delicate issues than, say, Free Birds. Unlike Miyazaki’s previous works, it also isn’t for young children; the MPAA has given the film a PG-13 rating. And despite all the controversy involving war history and contemporary Japanese politics, that might be the most important hurdle The Wind Rises has to overcome at the Oscars this year: the fact that it’s an animated film for mature audiences in a category that skews pre-adolescent. 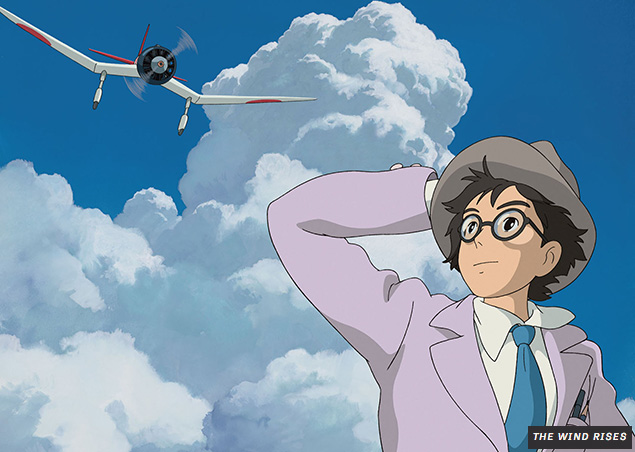 The Wind Rises isn’t the first non-family-film aiming for an animated-feature Oscar. Notably, Waltz With Bashir—the 2007 animated Israeli film about one man’s struggle with memories of the 1982 Lebanon War—was nominated for Best Foreign Language Film, but left out entirely in the animated category. Instead, WALL-E, Bolt, and Kung-Fu Panda competed that year for the top animated honor. That said, animated films of a more grown-up nature have been nominated in the past, including The Triplets Of Belleville, Persepolis, The Illusionist, and Chico & Rita. However, all four of them lost—to Finding Nemo, Ratatouille, Toy Story 3, and Rango, respectively—for reasons that may have been justified, but certainly cement the perception that an animated film needs elementary-school appeal to claim victory in this category.

As ridiculous as it may sound to those who study the medium’s hand-drawn, computer-generated, and stop-motion marvels, the fact is that to most Americans, the words “animated movie” still means “cartoon,” which still means “childhood.” For better or worse, the animated sensibilities of American moviegoers have largely been molded by the world’s Disneys and Pixars. Consequently, some of those moviegoers (and Academy voters) may settle in to watch an animated film and subconsciously crave the crimson-lipped princesses or plucky cowboy dolls they encountered during their most formative years as film-watchers. When they encounter, instead, an animated film that deals with complicated, non-child-friendly themes, or visuals that don’t match the playful picture-book aesthetic they associate so strongly with the medium, they may view that as a negative instead of a potentially refreshing, groundbreaking departure. Given recent changes to the Academy’s rules regarding how films in the animated categories are nominated, which may increase the number of people handpicking the nominees, that unintentional bias could become even more of an issue. (Another bias, one toward releases produced by the major Hollywood studios, has often been flagged for the unfair advantages it may afford.)

That doesn’t have to be the case. Thanks to the widening pool of films being submitted in this still-young Oscar category, the definition of “animated movie” should be constantly expanding, both for Academy voters and the moviegoing public at large. As it evolves, the Oscars must actively attempt to embrace worthwhile movies that charm kids, as well as the kind mom and dad can only watch after the kids are tucked in bed, drifting off to sleep with their plush Minions and Nemos in their arms.

No matter what happens in this year’s Best Animated Feature race, Walt Disney Co. will likely come out the winner. Disney created and distributed Frozen, but it’s also distributing Miyazaki’s The Wind Rises in the U.S. next year, during the heart of Academy Awards season. Wait, who reportedly said, “You’re dead if you aim only for kids. Adults are only kids grown-up, anyway”? Oh, that’s right. It was Walt Disney.