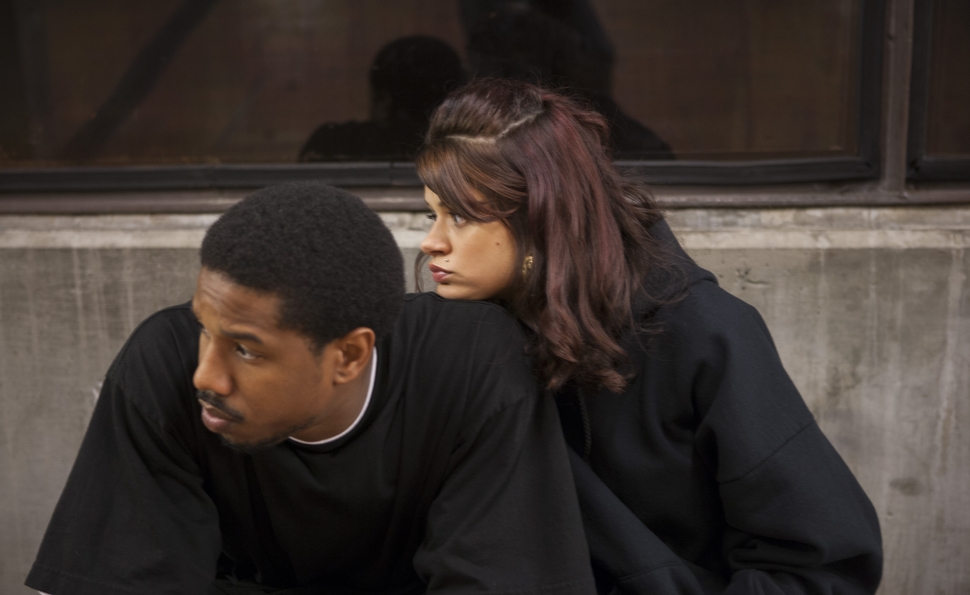 Wadjda, Fruitvale Station, and the power of staying small

In the last week alone, cinema buffs have learned that Leonardo DiCaprio plans to play the late president Woodrow Wilson, a Tupac Shakur project has received new financing, Bryan Cranston is taking a role as blacklisted screenwriter Dalton Trumbo, and even Gabby Douglas, the first black Olympic Individual All-Around gymnastics champion, will be the subject of a Lifetime biopic. Focusing on the accomplishments of famous people—and framing their victories as epic struggles within the cultural dominance of pop, McCarthyism, or racism—has always been popular. But this glut of projects comes in a year when two movies have offered up a clinic on how much more productive and interesting it can be to turn the focus away from great men and women, and toward ordinary people.

Wadjda, which opened this past weekend, has gotten a great deal of attention for its provenance—it’s the first feature shot in Saudi Arabia—and for its creator, director Haifaa Al Mansour. But its story of the titular little girl who enters a Koran-memorization competition so she can earn the money to buy a shiny green bike is even more striking: Its bottom-up approach provides a sharp illustration not just of how the sexism of Saudi society damages men and women’s lives, but also the humor and strength women bring to the fight for small amounts of autonomy. And Fruitvale Station, Ryan Coogler’s chronicle of the last day in the life of Oscar Grant, who was shot to death by a BART transit cop on his way home from a New Year’s Eve celebration, treats the details of an ordinary black man’s life as if they’re as valuable as any potential policy changes that result from his death. Both films are also, frankly, more enjoyable to watch than the dour, laquered impersonations of world-historical figures that are so often the tools movies use to discuss social change.

Both Wadjda and Oscar are sly, imperfect charmers who feel much more human than some of the real people whose lives have been adapted into biopics. Wadjda’s irrepressible nature gets her in trouble in school, where her head scarf is constantly in disarray, and her Converse sneakers poke out from under her skirts, her small white plastic soles constituting major defiance. But while her careless, immature father excludes her from his family tree for the crime of being a girl, he enjoys Wadjda’s delight enough to bring her back treats like a magnetic, volcanic stone from the Empty Quarter. And her straightforward approach wins over unexpected allies, like a shopkeeper who has a shiny, green bicycle for sale that Wadjda claims for her own. “I don’t want you to sell my bike to anyone else,” she informs him. “Here, I made you a mixtape because we’re friends now.”

For his part, Oscar can’t resist spitting game and causing minor trouble whenever the opportunity presents itself. When Katie, a young white woman, wanders into the store where Oscar used to work, trying to figure out which fish she should fry up for her boyfriend—Oscar jokes to Katie that “It sounds like he’s black”—Oscar puts her on the phone with his Grandma Bonnie for help. And when his sister asks him to buy a birthday card for their mother, specifically requesting, “Don’t get me no fake-ass card with no white people on it,” Oscar shows up with a card with a middle-aged white woman on the cover, just to give her a hard time and his mother a laugh.

They both have a streak of the con in them, too, developed as a survival mechanism. To earn a little pocket money, Wadjda makes friendship bracelets that she sells to the other girls at her school, telling them, “I broke my back working on them” when she ups the price. When Ms. Hussa (Ahd), Wadjda’s headmistress, tells her to come back to school in plain black shoes instead of her sneakers, Wadjda colors in the plastic so she can continue wearing them. Disguising her sneakers and joining the Koran club are ways Wadjda finds to hide in plain sight, concealing her interest in Western fashion and her plans to buy a bike, via activities that make her seem like a proper Saudi little girl, and earn her a little leeway in the years she has remaining before she gets married. 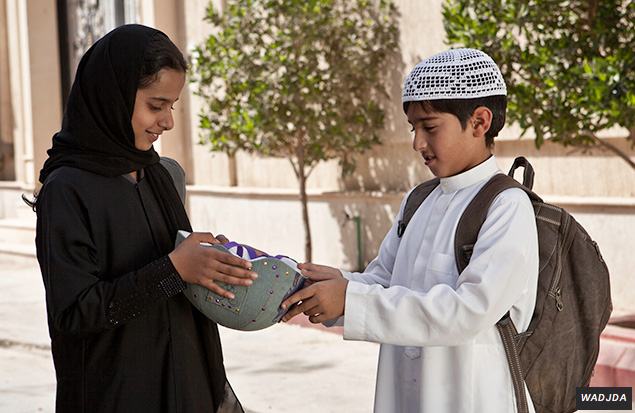 Oscar’s attempts to talk himself into a better life are less successful, in part because he’s asking for more than Wadjda is. When he tries to convince the store manager who fired him for inconsistent attendance to take him back, Oscar goes plaintive, asking the man, “You want me selling dope?” The ploy doesn’t work, though. Charm and white guilt aren’t actually enough to make Brad give a valuable job to a young man whose best recommendation is his good intentions. And Oscar’s charm isn’t enough to overcome the deficit of his felony conviction when it comes to finding new, legitimate work. He can chuck all the marijuana he wants into the waters of the San Francisco Bay, but that doesn’t change deeply ingrained biases.

And both Wadjda and Fruitvale are, in striking contrast to the somber tone of many biopics, often funny movies, despite the seriousness of their subject matter. For Wadjda, sarcasm and jokes are a way of deflecting the pervasive attempts to sexualize her and her friends. When one of her friends suggests during recess, “Let’s move, the men can see us,” Wadjda tries to laugh off the idea that they’re being watched.“Why?” she wants to know. “Are they supermen?” Later, after Wadjda comes home from school with instructions from Ms. Hussa to return to school more formally covered, her mother jokes, “The full abaya? Maybe it’s time to marry you off.” Wadjda laughs at her, but given the wedding photos one of her friends brings to Koran Club, it’s a real possibility. And when Wadjda, talking to one of her friends about suicide bombings, substitutes her preferred reward for the customary virgins—“Boom, 70 bikes!”—it’s a dark joke that suggests even a plucky little girl can’t help but absorb some of the darkest elements of the prevailing culture in which she’s growing up.

Oscar’s interactions with the people who want to regulate his life are tenser affairs, in part because the stakes are more immediate. While Wadjda is warding off events that remain years down the road, Oscar needs a job now, he needs to ward off his drug clients now, and he needs to survive immediate encounters with prison rivals and the police. But his sense of humor still creates an attachment between him and viewers, and situates him culturally, as when he jokes that he’ll root for the Steelers in the Super Bowl because they have “black uniforms, black players, black coach. He even has a black wife.” It’s striking to contrast these kinds of naturalistic exchanges with Fruitvale’s one real misstep, Oscar’s attempts to care for a dog who’s been hit by a car, with the driver continuing on without checking on the animal. The dog’s death is a clear foreshadowing of Oscar’s own fate, and the treacly nature of the sequence is a reminder of how much more effective it can be to treat characters in socially conscious dramas as human, rather than reducing them to symbols.

It’s true that there are people who are fulcrums on which history rests, and it’s possible to make good movies about them. It’s possible for actors to give great performances as world-historical figures. But while these famous figures weigh decisions that will, when implemented, affect the lives of millions, ordinary people like Wadjda and Oscar Grant still have to find ways to get by, to live with warmth, humor, and dignity in circumstances that conspire to deny them their humanity. And the lives and deaths of people like Oscar, or the self-determination of little girls like Wadjda—people with small, specific dreams of their own—have value that extends beyond how they influence powerful decision-makers. It’s worth acknowledging that progress doesn’t arrive for everyone at the same time. And sometimes putting the last first can make for more engaging movies—and sharper briefs in favor of social change.