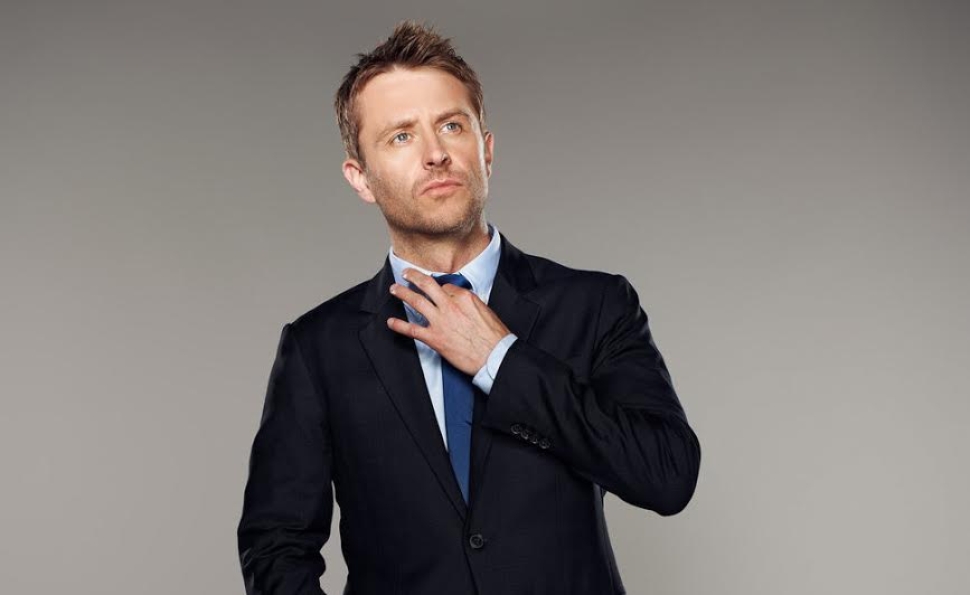 Chris Hardwick on the overlooked ’80s teen comedy everyone should see

Chris Hardwick experienced his first taste of fame as the host of the MTV game show Singled Out, but after his efforts to forge a career as a sitcom star on UPN’s Guys Like Us lasted for all of 13 episodes, Hardwick returned to his original money-maker: his voice. Through a combination of voice acting on series like The X’s and Back To The Barnyard, further hosting gigs on Wired Science and Web Soup, and his long-running podcast, The Nerdist, Hardwick slowly but surely increased his profile to a level where he’s been able to build a substantial pop-culture empire. In addition to hosting the AMC post-episode wrap-up series Talking Dead and Talking Bad, Hardwick can currently be seen as the host of Comedy Central’s @midnight, which he also created.

Although his film credits predominantly consist of small roles, including blink-and-you’ll-miss-him moments in Terminator 3: Rise Of The Machines, Rob Zombie’s House Of 1,000 Corpses and Halloween II, and most recently, Grown Ups 2, Hardwick’s knowledge of film is substantial, which is why it took some time for him to decide on the film he thinks everyone should see.

Directed by Phil Joanou, 1987’s Three O’Clock High follows the travails of unassuming high-school student Jerry Mitchell (Casey Siemaszko), who, after accidentally offending a bully (Richard Tyson), is challenged to a fight that’s set to take place immediately after classes are dismissed. Although the film flew further under the radar than many of the other teen comedies released during the decade, Hardwick is convinced that Three O’Clock High has proven more influential than many moviegoers may realize.

The Dissolve: You were kind of on the fence when it came down to choosing what film you wanted to spotlight.

Chris Hardwick: Yeah, there were actually a couple of movies I’d considered for this. Real Genius was a real defining movie for me when I was a kid, because it was basically nerds being super-subversive and funny, and overcoming the odds. It was all the things I wanted to be able to do when I was a kid. Also, it’s one of the most quotable movies of all time. So I thought, “It could be Real Genius, or it could be Time Bandits,” because I’m a huge [Monty] Python/Terry Gilliam fan, and Time Bandits was so drastically different from anything else I had seen at the time when it came out.

But then there’s this other movie I feel gets overlooked a lot when people talk about the great comedies of the ’80s, and it’s a movie I feel redefined how a teen type of comedy could be made, and I never hear anybody talk about it. That’s Three O’Clock High, by Phil Joanou. It was around the time of the [John] Hughes films, but there was something about it that was a little darker and a little biting, and the quick cuts—everything about it just felt fresh and new, and so many of the things that came after it were paying homage to that, but people didn’t know that’s what they were paying homage to. So yeah, I think Three O’Clock High is a brilliant movie that always gets overlooked. When they do, like, “The Great Comedies Of The ’80s,” I’m always like, “Three O’Clock High should be in one of the top five spots!”

The Dissolve: How did you first discover Three O’Clock High? Did you see it in the theater when it was originally released?

Hardwick: Honestly, pre-Internet, I cannot remember how I was ever alerted to see movies. Like, when Ghostbusters came out, I was in Memphis, and we just weren’t a media-savvy culture at that point, so I just saw the ad in the newspaper for Ghostbusters. Like, I didn’t know it was coming out. I was 13, maybe? And my friends and I just saw the ad, and we were, like, “Bill Murray? Dan Aykroyd? Ghosts? This looks interesting!” [Laughs.] And then, of course, I saw the movie pretty much every day it was in the theater. Before I could pirate things—not that I pirate things!

So I think I may have just seen an ad for Three O’Clock High on MTV. It was a period on MTV when they were showing, like, The Young Ones, and they had super-cool British programming on. That’s when MTV was subversive. So I probably just saw a commercial for it and was intrigued. And, you know, I saw every comedy anyway. Being just a complete comedy dork, anything that looked like a comedy, I’d go watch. So I watched it, and I hadn’t seen anything like it. I mean, I had that experience with John Hughes, but this just was even faster-paced, and even darker. And the David-and-Goliath story was… I obviously identified heavily with Casey Siemaszko’s character. [Laughs.]

It was just a brilliant little story that, for those who haven’t seen it, takes place throughout the course of a school day. This bully essentially threatens Casey Siemaszko’s character, Jerry, and says, “We’re gonna fight after school,” and it’s Jerry’s entire day leading up to the fight, which is the climax of the film. It’s just so great and beautifully shot, funny and well-acted. I just adore it.

The Dissolve: At the time it was released, the instant perception from the masses was, “Oh, it’s ripping off John Hughes,” but it really isn’t. It wasn’t until years later that I realized it was a Western transplanted to a high-school setting.

Hardwick: Yeah, totally! It really was a fast-paced contemporary Western. “I’m calling you out!” [Laughs.] They even have the showdown at the end. It’s like, this villain’s gonna come to town, and then this sort of hapless character is unfortunately gonna bear the brunt of it, and how does that play out? And the movie just feels so victorious. It was just a world that I wanted to be in. And I saw a ton of things that came after it that had those swish-pans and all the crazy stuff, but I think a lot of it should get attributed to Phil Joanou and that movie.

The Dissolve: Not to dwell on the John Hughes thing, but do you see Three O’Clock High as kind of an alternate-universe Brat Pack film?

Hardwick: Yeah, totally. It was a little bit darker. It was like, with Three O’Clock High and Hughes, there was kind of a DC/Marvel thing. I get that some of the mechanics are similar, but it’s just a slightly different universe. I still remember the moment when I realized that Casey Siemaszko was one of the members of Biff’s gang in Back To The Future, and then going back and being like, “Oh my God, he’s the guy with the 3-D glasses!” [Laughs.] I loved that.

The Dissolve: Three O’Clock High was actually the first film for Richard Tyson, who played the bully, Buddy Revell.

Hardwick: Yeah, and then he was sort of… I remember seeing him as a henchman in other stuff after that, because he’s an enormous individual who looks like he would murder you. I know he played a formidable figure in Kindergarten Cop not too long after that.

The Dissolve: So do you think the Hughes comparisons were why it wasn’t as big a hit as some of the other teen comedies of the day?

Hardwick: I think it may have suffered from—I mean, I saw it because I saw every comedy, and I just happened to be lucky enough to see it, but I think at the time, it suffered from nobody really knowing who the cast was—the general public, I mean—and not really having a grasp of what it was, or of the tone of the movie. Because I think, in a situation like that, I assume—and this could be wrong—that the studio got a slightly darker film than they were hoping for, and so not really knowing how to market that—“Who do we market this to? How do we market this?” And also probably coming on the heels of Hughes exhaustion, of so many John Hughes movies, they were like, “Oh, it’s not John Hughes, so it’s probably just a John Hughes rip-off.”

But again, I think it’s one of the most influential films that is largely unsung by the general public for being kind of a tentpole comedy, at least in my opinion. I’ve talked about it on our podcast a bunch, and then people are like, “Oh, I’ve never seen this! I can’t believe I never saw this movie!” I mean, film nerds know about it, but I think most people don’t.

The Dissolve: In your mind, is there a signature moment to the film?

Hardwick: Well, I think of the way the showdown plays out. It’s beautiful. Because there’s that sort of moment where, no matter how cynical you are, it’s shot so well that you want to jump to your feet at the end. But just the tension that it builds, and the different types of high-school archetypes that are represented, it really feels… [Laughs.] It’s funny that I never really thought of it that way before you said it, but it really is a Western. It was a contemporary ’80s Western.

The Dissolve: So what makes Three O’Clock High compulsory viewing?

Hardwick: Because I think the story is timeless. Even though it looks like an ’80s film on the surface, structurally, I don’t think it looks dated. I mean, if you’re looking at people’s hairstyles and clothes, yeah, but that’s really about as far as it goes. At the core of it, it’s a really good, compelling, simple story. There’s a start point and an end point, and it’s very clear what the arc is, and it’s very clear what you want the outcome to be, and it’s watching the characters navigate that. The characters might look dated, but the story and the way it’s told do not, so it’s timeless that way. 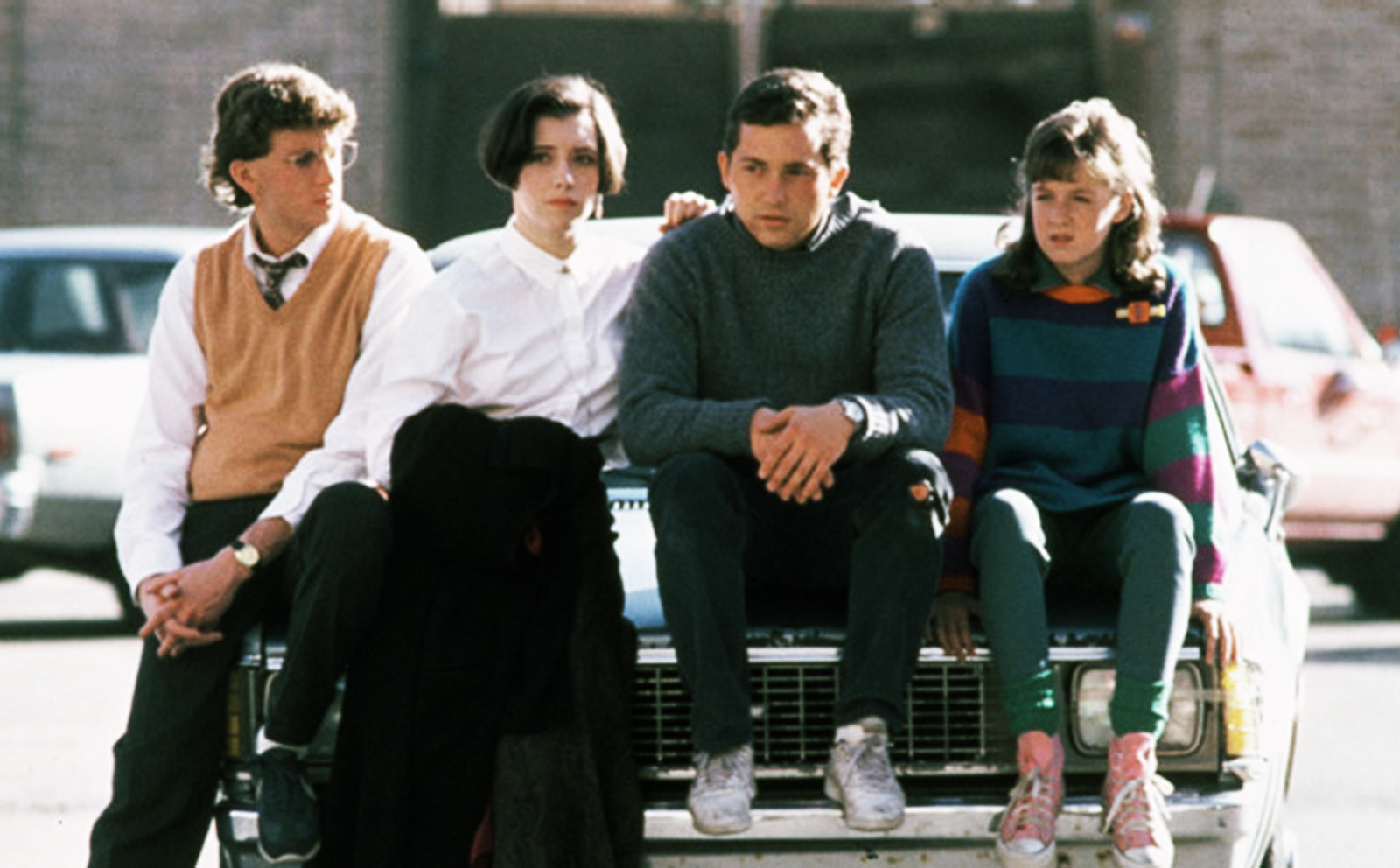 And I think it’s fun to watch a movie like this and go, “Oh, and then after this, this came out, and that came out, and then they started doing this, and that’s why this happened.” You see expressions of that type of filmmaking, and then bleeding into television as well, from Three O’Clock High on. But I think most people just didn’t realize that’s where it came from, because it’s probably one of those movies that film nerds went and watched, and then they became filmmakers, so they just re-expressed that because they were influenced by it, but nobody really quite understood the source.

The Dissolve: So it’s kind of like the Velvet Underground effect, then?

Hardwick: [Laughs.] Kind of, yeah! They were probably all at one screening, then they went off and made their own films.